The One Show: Jermaine points out Alex's 'ropey' voice

The One Show airs at 7pm, Monday to Friday but left some viewers agitated on Tuesday evening after they tweeted out the show would be pushed back. After the announcement of Government ministers Rishi Sunak and Sajid Javid’s resignation, the news was extended to explain in detail what had happened, which ultimately affected the BBC One schedule.

Taking to the official The One Show Twitter account, they explained: “Tonight’s One Show will be on slightly later than billed, stay tuned and we’ll keep you updated.”

@Samtiley asked: “What do they know?” 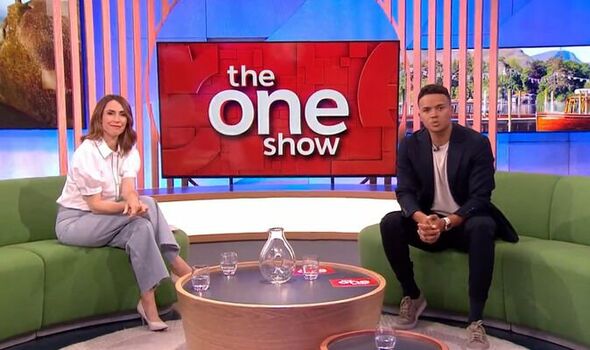 @GillyTilly fumed: “Delayed because two ignorant ministers finally decided to take the advice of the public and resign? Absolute tosh.”

Paul Liners quipped: “No one cares about the news, we’re off partying that Rishi and Sajid have resigned! BRING BACK THE ONE SHOW!”

@Karen_Calms9 agreed: “Would rather watch the One Show than have extended news. Excited to see Russell T Davies on the show!” (sic)