Check-in for fall’s hottest hotel begins in October, so prepare accordingly. Season 2 of HBO’s smash hit The White Lotus is on the horizon, set on a new backdrop with a new cast and a totally mysterious plot. The season 1 cast, while disembarked from the resort, are still reaping the rewards via the show’s 20 Emmy nominations. Cast members Murray Bartlett, Jake Lacy, Steve Zahn, Connie Britton, Jennifer Coolidge, Alexandra Daddario, Natasha Rothwell, and Sydney Sweeney all received 2022 Emmy nominations for outstanding acting in the limited series.

The series’ second season will not see the return of any of these actors, save for Jennifer Coolidge (thank god). That said, the success of the first season has opened the door for a new cast of characters, equally as scene-stealing as their predecessors. Keep reading to see who’s checking in to White Lotus: Sicily.

About her: Our reigning queen of the screen, of course. Aubrey will be checking into White Lotus: Sicily as Harper Spiller, a woman on vacation with her husband plus another couple. “Harper is kind of a no-nonsense kind of tough on the outside, professional woman with a soft, mushy inside,” Aubrey told Newsweek of her character. “Her journey is with her husband played by Will Sharpe and it’s about just marriage and the kind of peaks and valleys of marriage and I think the journey she goes on is kind of a psychological one and it’s kind of about just someone’s ideas of what they think their relationship is.”

About him: Best known for his role on The Sopranos, Michael was the first confirmed cast member of The White Lotus season 2. He will play Dominic Di Grasso, a man vacationing with his father and son.

About her: She’s back! The scene stealer of season 1, Jennifer will reprise her role as Tanya McQuoid. Every luxury resort has repeat guests, right?

About her: Best known for her role as Sutton Brady on Freeform’s The Bold Type, Meghann will play Daphne Babcock, one half of the couple vacationing with Aubrey Plaza’s Harper.

About him: You might recognize Adam from the DCOMs of youth like Radio Rebel and Zapped, but in the world of The White Lotus, he’ll be playing the third generation of DiGrasso, Albie. 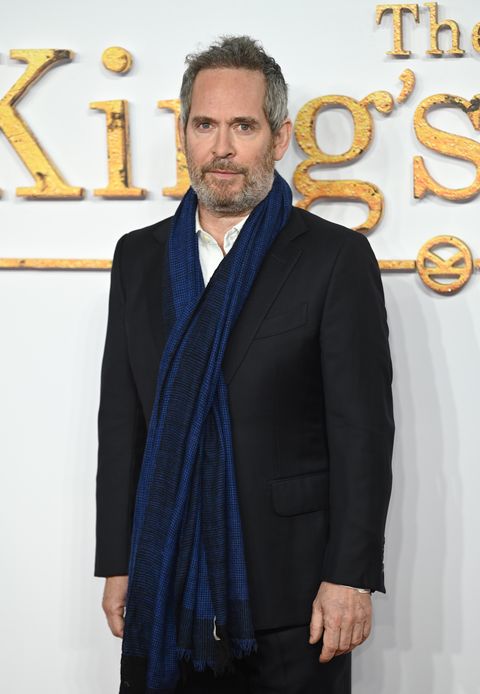 About him: Some English acting royalty, for ya. Tom is best known for his roles in About Time, Pirates of the Caribbean, Bohemian Rhapsody, Pride & Prejudice, and The King’s Man. On this screen, he’ll be playing Quentin, an Englishman on holiday with his friends and nephew.

About her: From Five Feet Apart and Unpregnant fame, Haley Lu Richardson joins the cast as Portia, a young woman traveling with her boss—likely Jennifer Coolidge’s Tanya McQuoid.

About him: Aubrey Plaza’s onscreen husb, Will Sharpe, plays Ethan Spiller in this season of The White Lotus. Will is an English actor-writer, having recently written for HBO’s Landscapers and Amazon Prime’s The Electrical Life of Louis Wain. In an interview with Newsweek, Will said his character is “hard to read” and newly-rich after making bank in the tech industry (thus the swanky vacay). “Ethan’s quite an internal character, he can be quite inscrutable and in matters sort of hard to read and he is quite a sort of submissive,” Will said. “When you first meet him, he’s taking a guess sh*t from all sides in a way sort of absorbing things.”

About him: That’s Uncle Rico, to you. Jon Gries is returning to The White Lotus for its second season as Greg, the surprising love interest of Jennifer Coolidge’s Tanya.

About him: Best known as Four from the Divergent film series and more recently HBO’s reboot of The Time Traveler’s Wife, Theo James rounds out the second traveling couple as Cameron Babcock (husband to Meghann Fahy’s Daphne).

About her: Doing the impossible job of replacing season 1’s hotel manager played by Murray Bartlett, Sabrina Impacciatore will play our Italian resort manager. The Italian-born comedian is best known in the U.S. for her role in the 2004 hit The Passion of the Christ.

About him: This young actor recently hit the scene in Cherry, starring Tom Holland. His role in The White Lotus is a mystery, described simply as “a magnetic guest staying at the White Lotus.”

About her: The Italian actress plays Mia in White Lotus, and described her character to Newsweek as an aspiring musician who “starts off with this very, innocent attitude, but then she eventually will realize that she has to do everything in her power in order to be a musician.”

About her: Another up-and-coming Italian actress, Simona Tabasco, plays Lucia. In that same Newsweek piece, Simona called her character “very strong” and teased that, “She takes what she wants at the end, you always get the impression that you can’t catch her.”

Spoilers: Tyrone is emotional in Corrie as Fiz leaves the Street