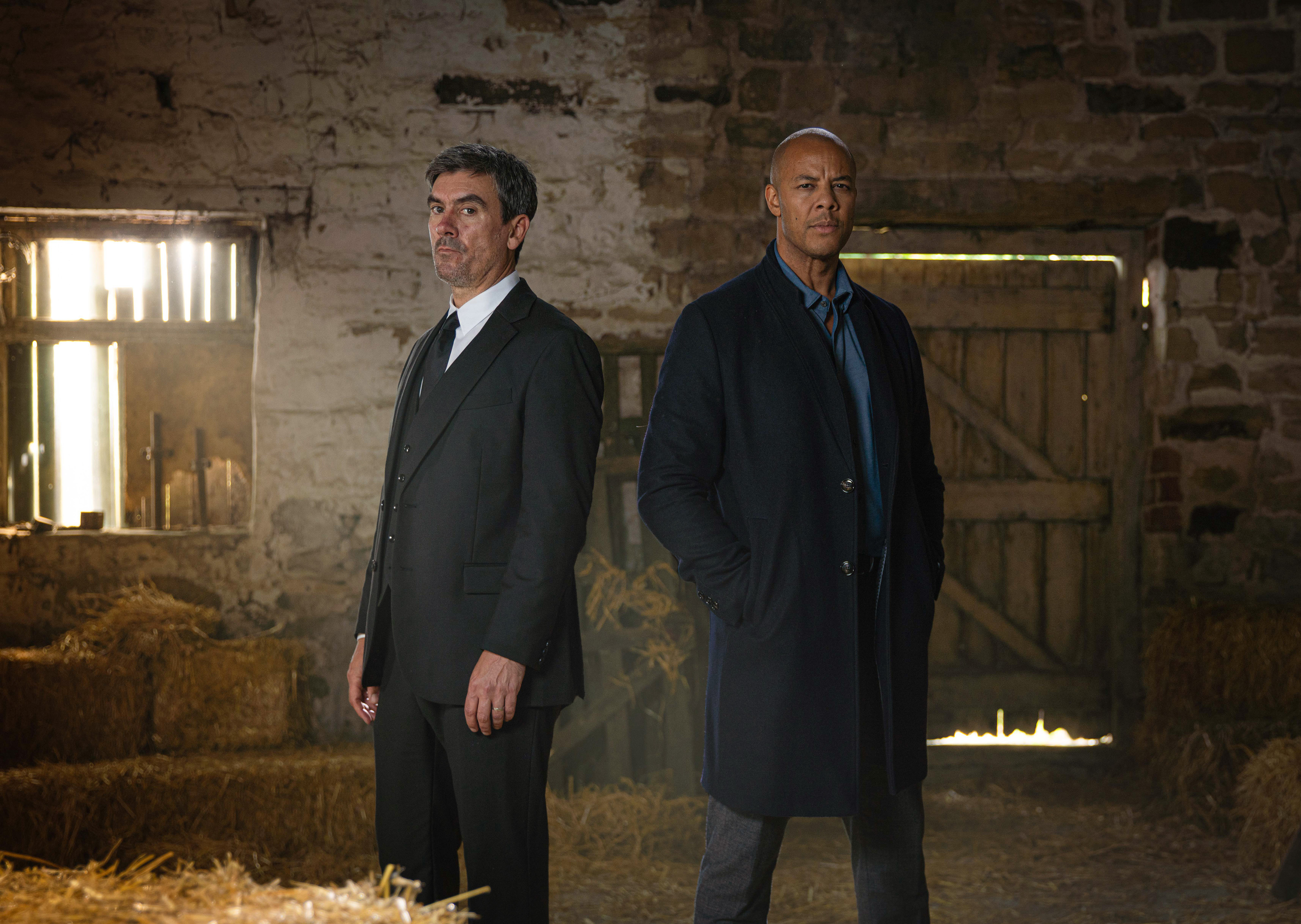 There is a HUGE showdown heading to Emmerdale which will end in gunfire, but who will take the bullet?

After so much loss in the Dales, the locals are potentially set to be rocked by yet another death, but the big question is, will it be Al (Michael Wildman) or Cain (Jeff Hordley)?

It’s well known there is no love lost between these two on a good day, but when Cain learns of Al’s attempts to destroy Chas’ marriage, will he have murder in mind? Whoever left him in charge of a shotgun has a lot to answer to.

Chas (Lucy Pargeter) and Al temporarily put their affair on a hiatus when Faith (Sally Dexter) died as Chas realised Al deprived her of her mum’s final few moments. Had things stopped there, perhaps a life would have been saved. Instead, they secretly rekindled their illicit romance and began their dance with danger once again. But this time, danger is about to earn itself a Strictly 10.

They’ve successfully kept their affair on the DL for weeks now, but the game is given up by a tiny piece of equipment, Chas’ burner phone. Cain hears the familiar vibration noise and goes in search of its source.

He discovers not only the handset, but a string of messages from an unknown source. Sneaky Cain calls the number and Al unwittingly answers. With narrowed eyes and a flash of realisation, Cain knows.

That’s it, the cover is blown. The red mist swamps Cain and he immediately concocts a dark and dangerous plan. He uses the phone to set a trap that sees Al believing he’s off to meet his lover. Al arrives at the destination all set to see Chas’ charming face when instead he finds himself staring at Cain – holding a shotgun.

Elsewhere, Chas’ realises Cain has her burner phone and her gut hits the floor. She knows exactly what this means.

This is all a bit extreme, even for Cain, but the initial shock of being faced with the weapon wears off and a cocky Al realises Cain doesn’t have the mettle to use it. He starts to push back in typical Al style, mocking the Dingle and walking away.

Perhaps foolishly, Cain reveals the gun was just to scare Al, and that’s all the confirmation Al needs that if there’s a fight, he’ll win it.

He pounces on Cain and the pair come to blows. Anger and desperation meld together as the violence escalates – and then they both spot the unmanned shotgun on the ground.

The two of them make a scramble for it and one of them gets their hands on it. The gun explodes, but who gets shot?