Will Smith is putting the Oscars slap drama behind him and returning to work, months after he slapped Chris Rock.

The 54-year-old took a step back from the spotlight earlier this year after he famously attacked the comedian on stage at the ceremony, over a joke regarding wife Jada Pinkett Smith’s hair.

He apologized for his actions and resigned from the Academy, with bosses confirming that he had been banned from any Oscars events for a decade.

Returning to the public eye over the weekend, the Fresh Prince of Bel-Air actor appeared at a screening for his upcoming film, Emancipation, in Washington, before taking part in a Q&A session with director Antoine Fuqua and Mary Elliott, the curator of American slavery at the Smithsonian National Museum of African American History and Culture.

‘Throughout my career, I’ve turned down many films that were set in slavery,’ he told the crowd, via the Hollywood Reporter. ‘I never wanted to show us like that. 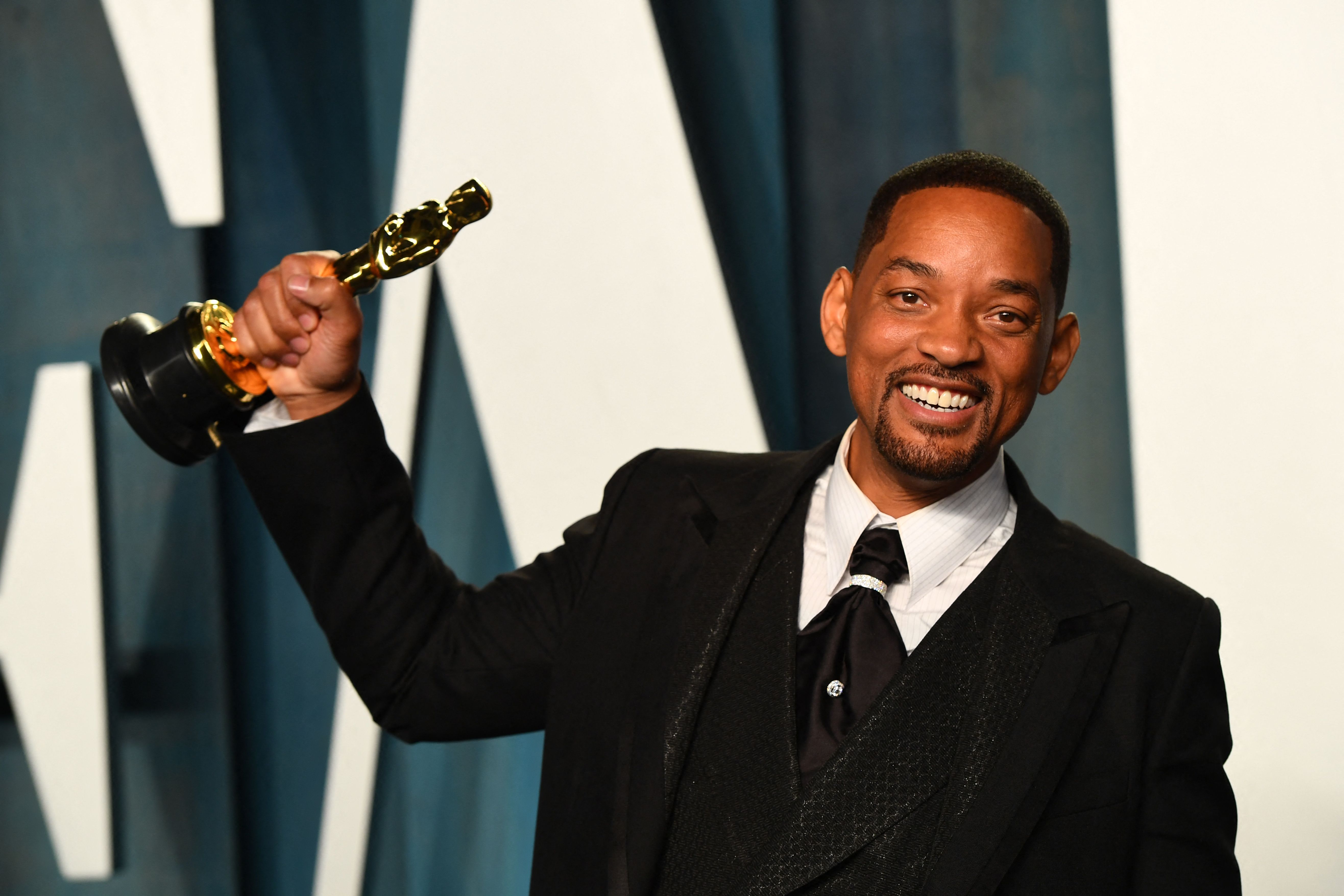 ‘This is a film about the heart of a man — what could be called the first viral image.

‘Cameras had just been created, and the image of whipped Peter went around the world. It was a rallying cry against slavery, and this was a story that exploded and blossomed in my heart that I wanted to be able to deliver to you in a way that only Antoine Fuqua could deliver.’

The movie based on a true story, following the journey of an enslaved man who escapes from a Louisiana plantation and joins the Union Army during the Civil War.

Emancipation was just one of Will’s projects that had been shelved in the wake of the Oscars incident, but a spokesperson for Apple TV+ announced that it will now be released in December of this year.

It will premiere in theaters on December 2, and land on Apple TV+ the following week.

As well as Emancipation, the Men In Black actor is thought to have teamed up with director Sharmeen Obaid-Chinoy for the film adaption of novel Brilliance, by author Marcus Sakey, and is reportedly producing the movie with his company, Westbrook Studios.

Will recently made headlines when he apologized to Chris in a video, describing his behavior at the star-studded ceremony as ‘unacceptable’.

‘I will say to you Chris, I apologize to you, my behavior was unacceptable, and I’m here whenever you’re ready to talk,’ he said.

‘I spent the last three months replaying and understanding the nuances and the complexities of what happened in that moment, and I’m not going to try to unpack all of that right now.

‘But I can say to all of you – there is no part of me that thinks that was the right way to behave in that moment.

‘There is no part of me that thinks that’s the optimal way to handle a feeling of disrespect or insults.’

'Twilight': Robert Pattinson Got His Hands on 'Midnight Sun' 12 Years Before Fans Did