Is Russian President Vladimir Putin stepping back from the nuclear ledge?

After weeks of apocalyptic atomic innuendo, Russia on Wednesday issued a bland statement reaffirming its long-standing policies on the use of nuclear weapons — a possible sign that the Kremlin is trying to cool the escalatory rhetoric it employed throughout October.

“Russia is strictly and consistently guided by the tenet that a nuclear war cannot be won and must never be fought,” according to the statement on the Russian Foreign Ministry website.

The statement added that Russian nuclear doctrine was unambiguous and doesn’t allow for “expansive interpretation,” indicating that Moscow may be trying to walk back a number of statements calling that doctrine into question.

The statement also included an appeal for talks about the kinds of “security guarantees” Russia had demanded of NATO prior to invading Ukraine in February.

The measured restatement of Russia’s long-held policy — with up to 6,000 warheads at its disposal, Moscow’s nuclear arsenal is second only to the United States’ — stands in stark contrast to increasingly threatening comments about their use in Ukraine, where Moscow’s forces have been on their back foot. 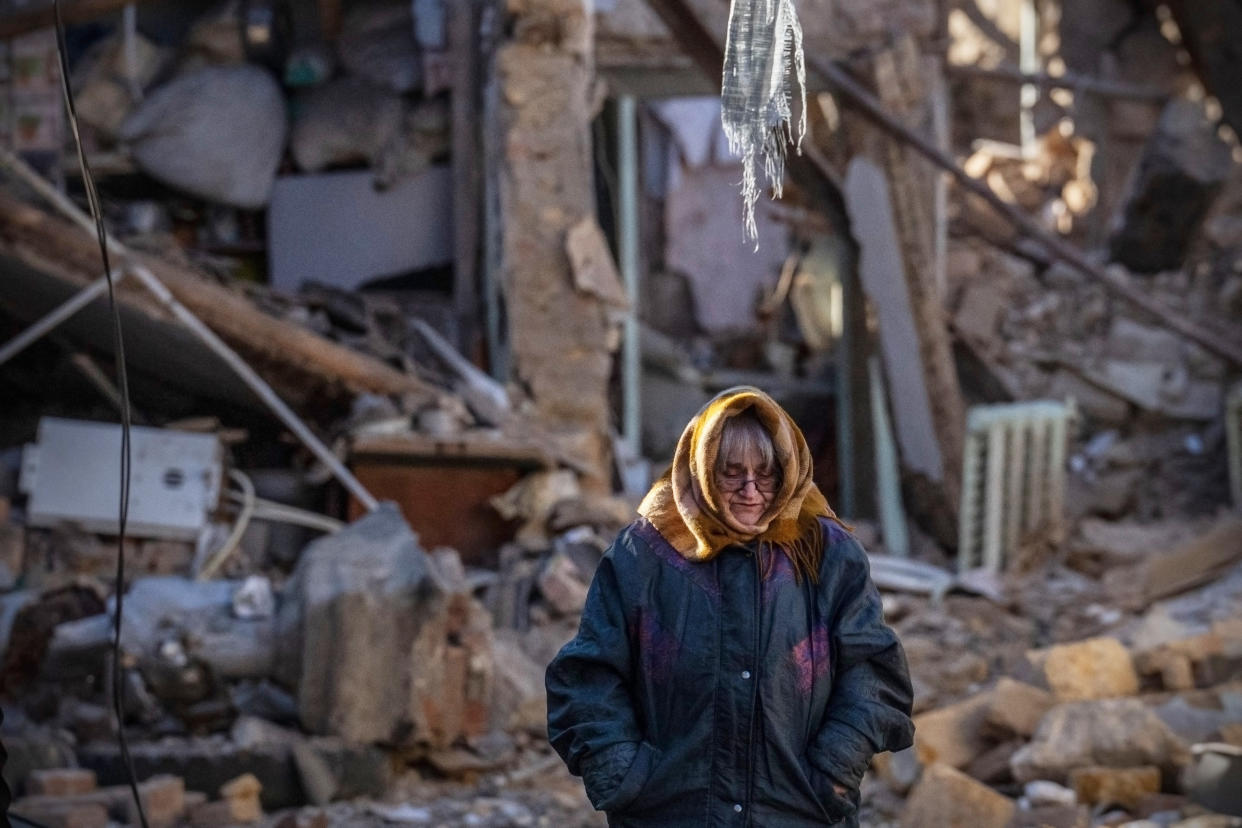 Throughout October, Russian state television hosts — and even some officials, such as former Russian President Dmitry Medvedev — openly called for the use of nuclear weapons to defend four recently claimed regions of Ukraine: Donetsk, Luhansk, Kherson and Zaporizhzhia.

Pentagon spokesman John Kirby told NBC News on Wednesday that the U.S. “continues to monitor this as best we can, and we see no indications that Russia is making preparations for such use.”

Russian military leaders in October discussed the possible use of nuclear warheads, and the conditions under which they would be acceptable, according to two U.S. officials who spoke on the condition of anonymity because they were not authorized to speak publicly.

While this was not the first time the U.S. had become aware of such conversations among Russian military or civilian leaders, the U.S. at the time was already at a heightened level of tension about Russian nuclear use because of President Vladimir Putin’s rhetoric, they said.

Concerns over Russia’s possible use of nuclear weapons in Ukraine had lessened recently, the sources said.

“We are in a better spot now than we were a month ago,” one said.

Putin himself has given mixed signals over the question of Russia’s threshold for nuclear use. After signing documents integrating the four eastern Ukrainian regions into the Russian Federation, Putin said that Russia would use all means at its disposal to defend them.

Though not explicit, he made reference to the U.S. use of nuclear weapons against Japan at the end of World War II as setting a precedent — directly stoking fears that the Kremlin was considering their use to secure victory in Ukraine. 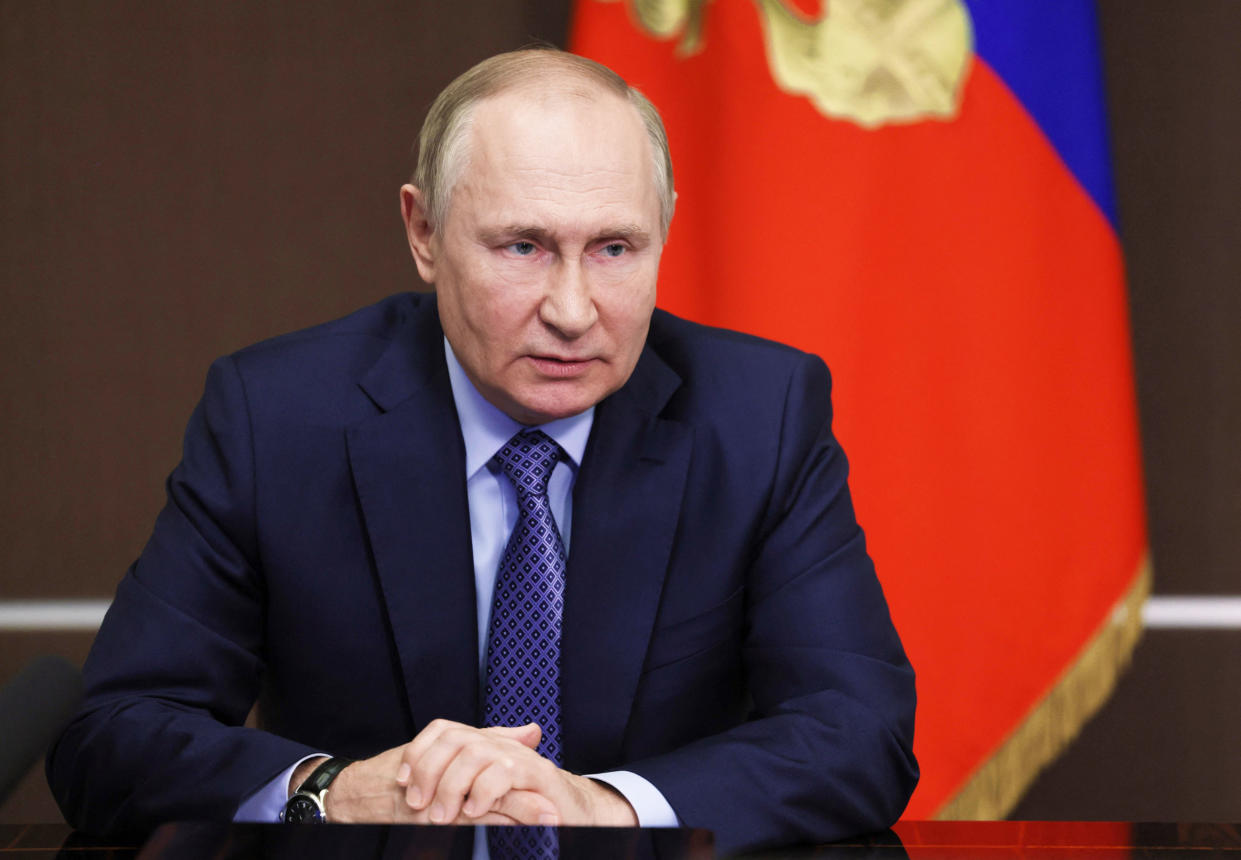 On Oct.1, the head of Russia’s Chechen Republic, Ramzan Kadyrov, presented the idea perhaps more bluntly than anyone else in the country as he tried to grapple with and find solutions to Russia’s fading fortunes on the battlefield.

“In my personal opinion, more drastic measures should be taken, right up to the declaration of martial law in the border areas and the use of low-yield nuclear weapons,” he wrote on his Telegram channel.

The weeks that followed saw a flurry of accusations from Moscow that Ukraine was preparing to detonate a so-called dirty bomb laced with radioactive material on their own territory in the hopes of framing Russia.

The claim, made without evidence, was quickly dismissed as the latest in a series of efforts to lay the groundwork for a false flag operation, in which Russia would stage an attack and then blame Ukraine for it.

On the other side of last month’s saber rattling was a chorus of Western leaders firing back at Moscow, assuring them that any use of a nuclear weapon in Ukraine at any scale would incur a devastating response.

Arms control expert Jeffrey Lewis wrote on Twitter that, for all of the unsettling talk emanating out of Moscow on the subject of nuclear weapons, the Kremlin is unlikely to actually use them because of this Western messaging.

“While Putin is unlikely to use nuclear weapons, that is because he is deterred by the fear of escalation, including nuclear escalation. Making deterrence work requires messaging that nuclear use would be very dangerous,” he wrote.

Coming just hours after the Russian Defense Ministry announced an abrupt about-face on a decision made over the weekend to suspend participation in the so-called Black Sea grain initiative, the timing of Wednesday’s statement reiterating Russia’s nuclear policy was notable.

For two days, civilian-flagged cargo vessels loaded with Ukrainian grain exports were forced to suspend their intended transits from Black Sea ports to destinations in Africa, where the United Nations has warned of intense food insecurity caused by the conflict.

Turkish President Recep Tayyip Erdogan appeared to take credit for talking the Russians back into the agreement.

Commenting on Russia’s quick change of heart on the grain initiative, Mikhailo Podolyak, an advisor to Ukrainian President Volodymyr Zelenskyy, wrote on Twitter that there was a clear lesson to be learned.

“A ‘blackmailer’ with Russian roots is inferior to those who are stronger and know how to clearly state their position. The way to ‘pacify’ the aggressor lies through a reasonable demonstration of force,” he said, referring to deterrence.