WASHINGTON — Amtrak said it has canceled all long-distance passenger trains scheduled for Thursday ahead of a potential freight rail shutdown as rail workers and freight companies remain at a stalemate in contract negotiations.

Although Amtrak is not a party in the labor dispute and doesn’t carry freight, the move is more fallout from lingering disagreements between freight rail unions and railroad companies before a looming negotiating deadline Friday.

Railroads are poised to begin halting the shipment of crops as soon as Thursday, according to the Consumer Brands Association, while shipments of farm fertilizers have already been delayed this week.

At 12:01 a.m. ET Friday, a federally mandated “cooling off” period ends, which would open the door for about 115,000 freight rail workers in unions to walk off the job or for companies to shut out employees. Amtrak said it will only operate trains this week that have enough time to reach their final destinations by the deadline. 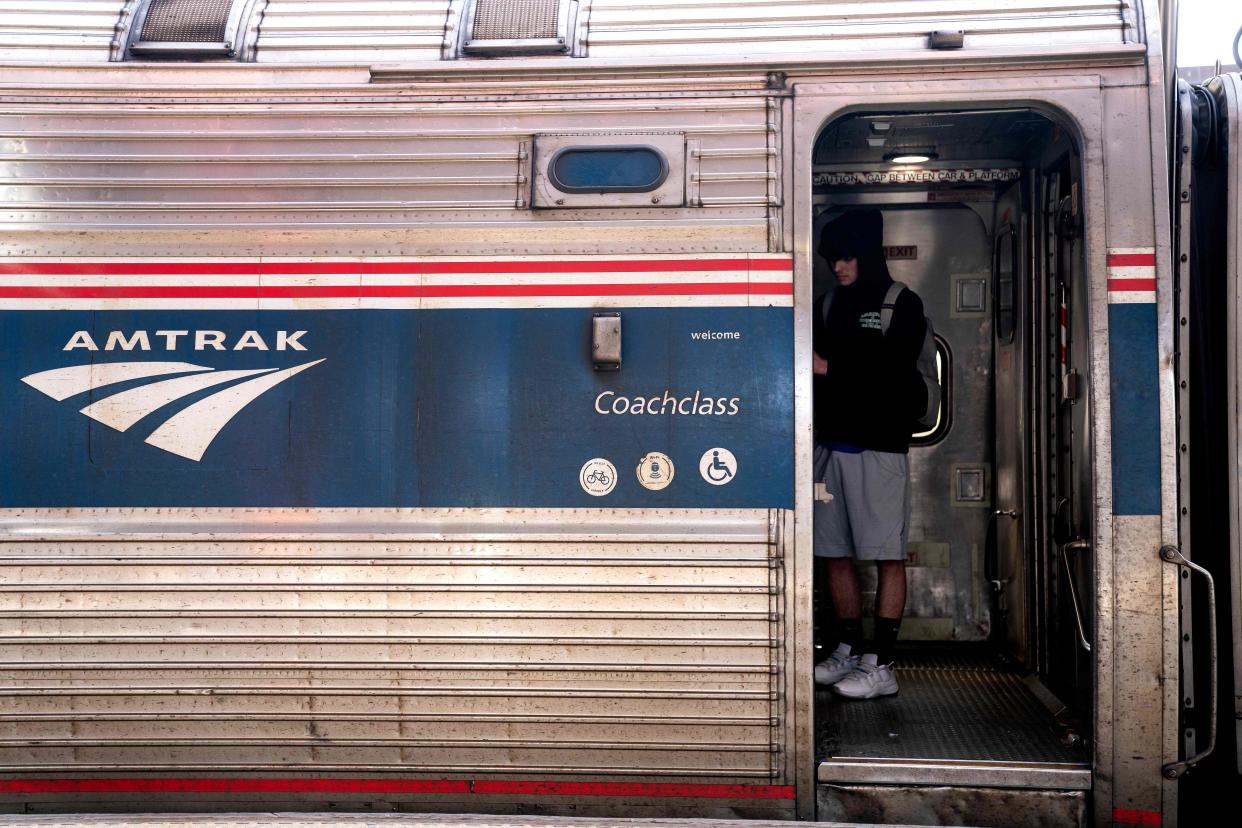 A coalition representing six of the largest freight rail companies have reached agreements with eight of 12 rail worker unions. The four holdouts include the two largest unions representing conductors and engineers, who have concerns about working conditions and strict attendance policies. The unions have sought 15 days of paid time off for sickness.

A national strike from railroad workers could jeopardize the shipment of retail products, critical goods and raw materials while inflation is already high, a scenario the U.S. Chamber of Commerce said would be an “economic disaster.”

More: Looming railroad strike could be ‘economic disaster,’ impacting consumers from all angles

Amtrak officials said they will notify affected customers to offer refunds or reschedule canceled trips to another travel date, covering the difference in fares for all departures through Oct. 31.

A Labor Department spokeswoman said both parties are negotiating in “good faith” and have “committed to staying at the table today.”

Biden appointed a Presidential Emergency Board in July to mediate the dispute. The companies have reached agreements with eight of the unions that closely match recommendations of Biden’s emergency board, including wage increases of 24%, bonuses totaling $5,000 and one additional paid-leave day a year.

Republican U.S. Sens. Richard Burr, R-N.C., and Richard Wicker, R-Miss., on Wednesday introduced legislation to adopt the board’s recommendations for all freight walkers if a settlement isn’t reached. But their effort needed unanimous consent, and Sen. Bernie Sanders, an independent from Vermont who caucuses with Democrats, objected.

“What we should be doing is telling the CEOs in the rail industry, ‘Treat your workers with dignity and respect, not contempt,'” Sanders said. ‘”Do not fire workers for the crime of going to a doctor when they are sick.'”