The late-night crisis meeting in Liz’s 22nd floor Hyatt suite where the lady decided she was for turning: ANDREW PIERCE reports on a dramatic day at the Tory party conference

Hours earlier, he had shown the Prime Minister a draft of his speech for the following day, in which he intended to vow – in the teeth of furious opposition – to ‘stay the course’ on the Government’s controversial plans to axe the 45p top rate of income tax.

Kwarteng had, in truth, been growing increasingly frustrated. In his mini-Budget just nine days earlier, he had frozen the country’s energy bills at a cost of perhaps £65billion, promised to reverse his predecessor Rishi Sunak’s hated hike to national insurance and even to cut a penny off the basic rate of income tax. Each of these would help ordinary people, not millionaires.

And yet all the media and Opposition could talk about was the decision to abolish the 45p rate for those earning £150,000 and above. The policy might cost perhaps £2billion – and could, he reasoned, conceivably pay for itself. It was a sideshow – but a political nuclear warhead. 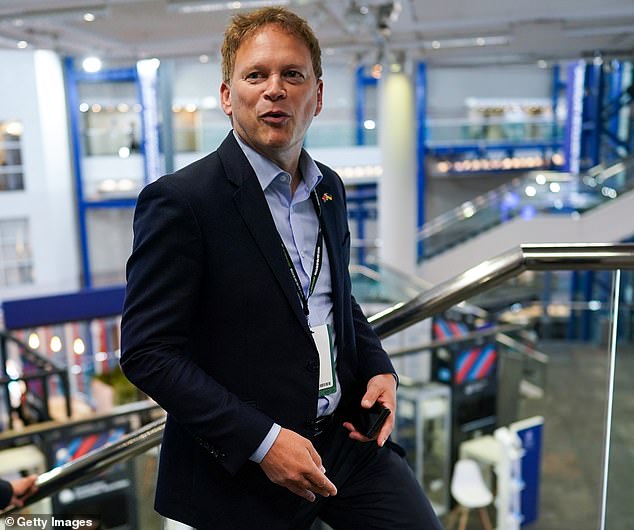 At dinner at the Malmaison – held in the shadow of Birmingham’s International Convention Centre, the venue for this year’s Tory party conference – Kwarteng was still publicly toeing the party line. He defended the cut with customary ebullience – but this could have been mere bravado.

I have learnt that, shortly before the dinner, ex-minister Grant Shapps – an old friend of Kwarteng’s and an increasingly noisy critic of the tax-cut – had shown the Chancellor a spreadsheet on his mobile phone.

Dozens of backbenchers were resolutely against the policy, planning either to rebel by voting with the Opposition or abstaining altogether.

Casually, between sips of fizzy water instead of his usual white wine, Kwarteng told his fellow diners that the vote on the mini-Budget would now be held after November 23 – the date of his planned ‘financial statement’ outlining how he intended to pay for all his generous tax-cutting. (Today, there appeared to be another U-turn with news the mini Budget may be brought forward to this month.) 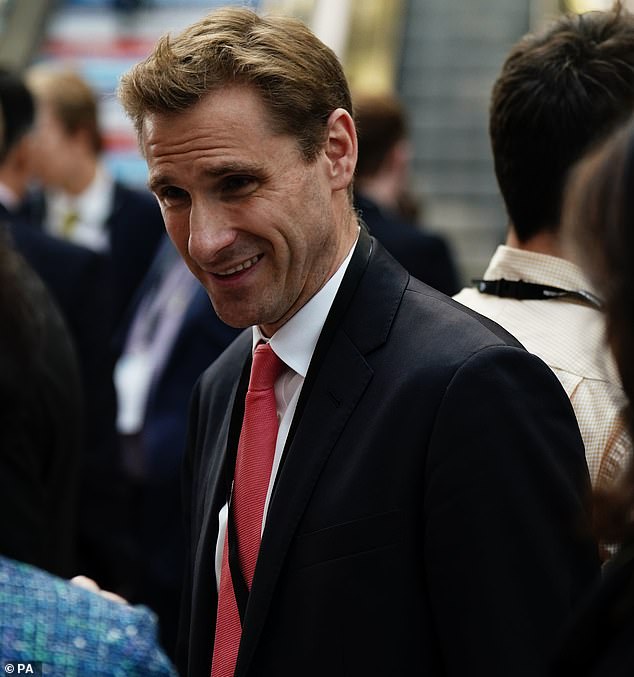 A number of senior Tories had spent Sunday lambasting the 45p cut, in what amounted to a gift to Labour. As well as Shapps himself – who called the scheme ‘an unforced error that is harming the Government’s economic credibility’ – serial backstabber Michael Gove had been scathing.

On Laura Kuenssberg’s political show on BBC One that morning, Gove said the cut had ‘the wrong values’ and added devastatingly that it was ‘not Conservative’.

The Prime Minister, too, had for days been defending the policy to the hilt – including on Miss Kuenssberg’s show. ‘I stand by the package we announced,’ said Miss Truss.

However, in comments that dismayed her own party, the PM also admitted that the 45p cut had not been agreed in advance by the Cabinet, adding for good measure that it was the ‘Chancellor’s policy’.

Tory MPs were appalled that Truss appeared to be blaming Kwarteng for the unpopular policy. Ex-Cabinet minister Nadine Dorries accused her of ‘throwing the Chancellor under a bus’. (Friends of Miss Truss insisted to me that ‘she was just answering directly’.) 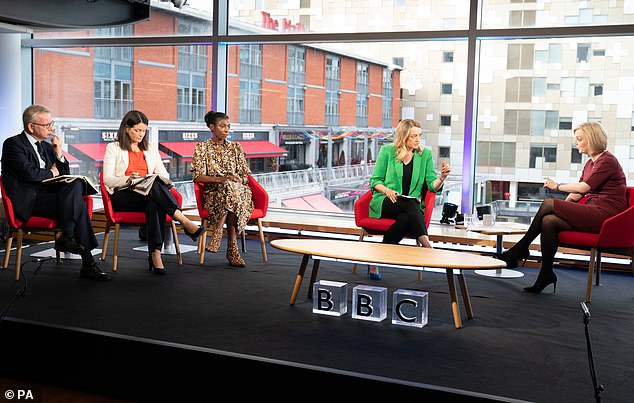 On Laura Kuenssberg’s political show on BBC One that morning, Gove (left) said the cut had ‘the wrong values’ and added devastatingly that it was ‘not Conservative’

Only minutes after the Kuenssberg interview ended, an ashen-faced Cabinet minister told me: ‘This measure won’t get through the Commons – too many MPs will vote against it. If we back it, we will be given a terrible time in our constituencies and on social media. It has to go.’

Shapps himself – who called the scheme ‘an unforced error that is harming the Government’s economic credibility’, saying: ‘I have been called away on urgent government business.’ He had, I have established, been summoned by the Prime Minister.

As the day wore on, the chaos persisted – and perhaps Miss Truss began to realise that the lady might be for turning after all. By 9pm, Penny Mordaunt, the Leader of the Commons, was discussing the 45p row at a fringe meeting when she said: ‘It’s nearly Monday, and what have we learned so far in conference? We’ve learned that our policies are great, but our comms [communication] is s***.’

At the Malmaison dinner at 9.45pm, the Chancellor’s phone rang. He apologised and announced that he had to go. He had been called to the Prime Minister’s suite on the 22nd floor of the Hyatt hotel for what has been described as a ‘crisis meeting’. 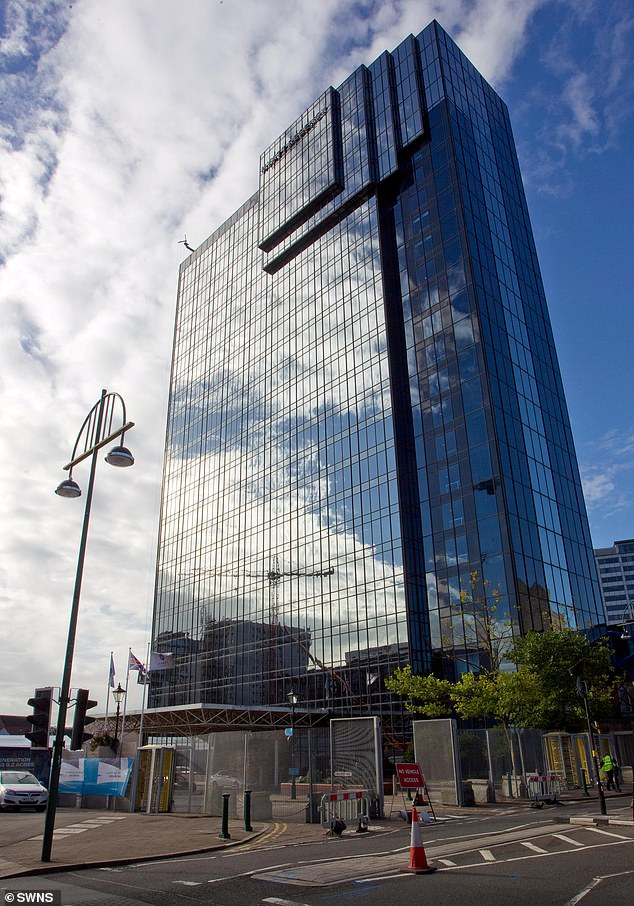 At 9.45pm, Kwarteng was called to the Prime Minister’s suite on the 22nd floor of the Hyatt hotel for what has been described as a ‘crisis meeting’

The purpose of the meeting was clear. The tax plan, Truss and Kwarteng agreed, had to go: it was overshadowing everything else.

‘We were losing control of the agenda,’ says a key supporter of the PM. ‘It was not turning into a triumphant first party conference for Liz as leader.’

At the heart of the U-turn was a simple political calculation. Yes, the Opposition and the BBC would make hay out of the Government performing a U-turn on a flagship policy. (And, indeed, Radio 4 presenter Nick Robinson could scarcely conceal his glee on the Today programme the following morning as he mercilessly needled the Chancellor during the 8.10am interview.) But leaving the tax cut in place risked undermining the government’s entire agenda.

A little after 10:30pm, Truss and her team arrived for a reception at The Cube restaurant, with its panoramic views of the city. The event had been arranged by the Conservative Home website – the bible of the Tory faithful – and was co-hosted by officers from the Tory party’s 1922 committee.

The wine was flowing liberally, but Truss abstained. After she was introduced by 1922 chairman Sir Graham Brady, there were loud cheers when Truss cried: ‘Frankly, we haven’t made enough Conservative arguments for the past few years!’ It was a bravura performance. Yet she knew the U-turn, to be announced imminently, was going to cost her. 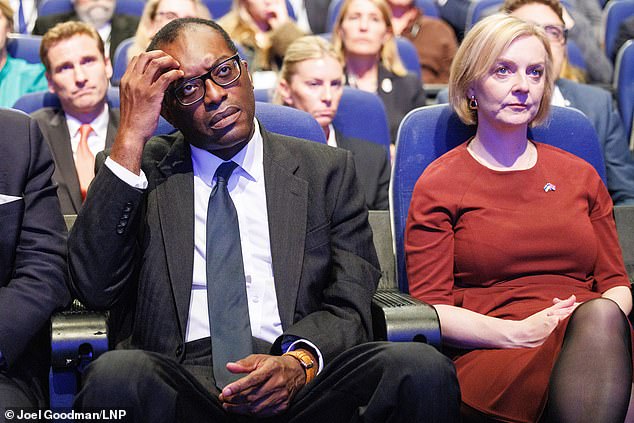 By 11pm, Truss had appeared before the 1922 Committee with a bravura performance. Yet she knew the U-turn, to be announced imminently, was going to cost her

Back in her suite after 11pm, her team scoured the early editions of the next day’s newspapers. Most were leading with gruelling headlines predicting a ‘Tory revolt’ over the tax plans. At least 36 Tory MPs, the number required to defeat the Government, were set to vote against.

The whips, who are in charge of party discipline, had failed to order backbenchers to toe the line on the tax cut in advance of conference. They were said to be ‘blindsided’ by the scale of the mounting rebellion.

As the final details of how to frame the surrender were being thrashed out in the PM’s suite, the new party chairman Jake Berry, a ‘Red Waller’ who had warned Tory MPs they faced suspension if they voted against any of the Budget, was hosting a late-night drinks party nearby.

The chairman seemed on edge. His telephone would not stop ringing. It was clear to everyone present that something major was happening. The Daily Mail heard of the U-turn shortly before 10:30pm. The paper updated its front page to carry a new headline: Are Tories on brink of 45p tax U-turn? Our story highlighted the roles of Gove and Shapps in leading the revolt.

All told, it was an unholy political mess – and a disastrous day at conference. This morning, the Government moved to damage limitation. By dawn, Wendy Morton, the Chief Whip, was hastily ringing the Cabinet, with one minister telling me they were informed of the U-turn at 7am – just 25 minutes before the Chancellor himself confirmed it on Twitter. 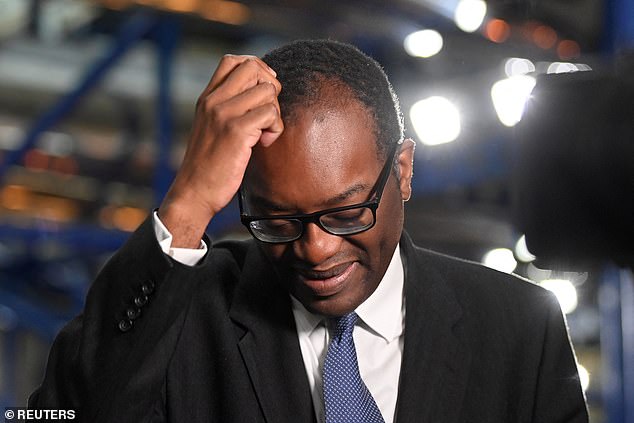 ‘By dawn, Wendy Morton, the Chief Whip, was hastily ringing the Cabinet, with one minister telling me they were informed of the U-turn at 7am – just 25 minutes before the Chancellor himself confirmed it on Twitter’

Five minutes before Mr Kwarteng’s announcement – ‘We get it, and we have listened,’ he wrote online – I bumped into the Chancellor himself in the conference centre. ‘Anything you’d like to share with us, Chancellor?’ I asked him. He smiled grimly, keeping his head down.

Last night, A senior Tory told me: ‘The PM and Chancellor have used up a lot of goodwill. You have to remember: two-thirds of Tory MPs didn’t vote for her. It’s all very well her insisting there will be “no Uturns” and making tough talk about difficult decisions, but she doesn’t have the mandate.’

As for Truss, I’m told she is ‘hurt’ at having had to give up such a totemic tax change. As the thinktank boss Mark Littlewood said: ‘I’ve known Liz Truss for many years, and I can’t think of another time when she’s changed her mind on anything, anything at all.’

The debacle of the past few days will confirm his view that his frontline political career is far from over. Truss will have to work hard to win round the enemies in her own party

Lawyer: Hussle lifted up neighborhood he was gunned down in