Arrest warrant is issued for ex-Arsenal star Anthony Stokes, 34, as he fails to appear in court for sentencing after stalking his ex-girlfriend

An arrest warrant has been issued for former Arsenal footballer Anthony Stokes when he didn’t show up for sentencing after he admitted harassing his ex-girlfriend.

The striker, 34, was due to appear at Hamilton Sheriff Court, just outside Glasgow, today after he admitted stalking his ex-girlfriend Eilidh Scott.

Stokes, of Glasgow, was banned from contacting his former partner and her mother for four years in September 2019 and was handed four-year non-harassment orders after he admitted stalking.

At the time, sentencing was deferred for Stokes to be of good behaviour.

But the footballer later admitted breaching the non-harassment orders by repeatedly sending emails and texts to his former girlfriend and repeatedly calling her mother in November and December 2019. 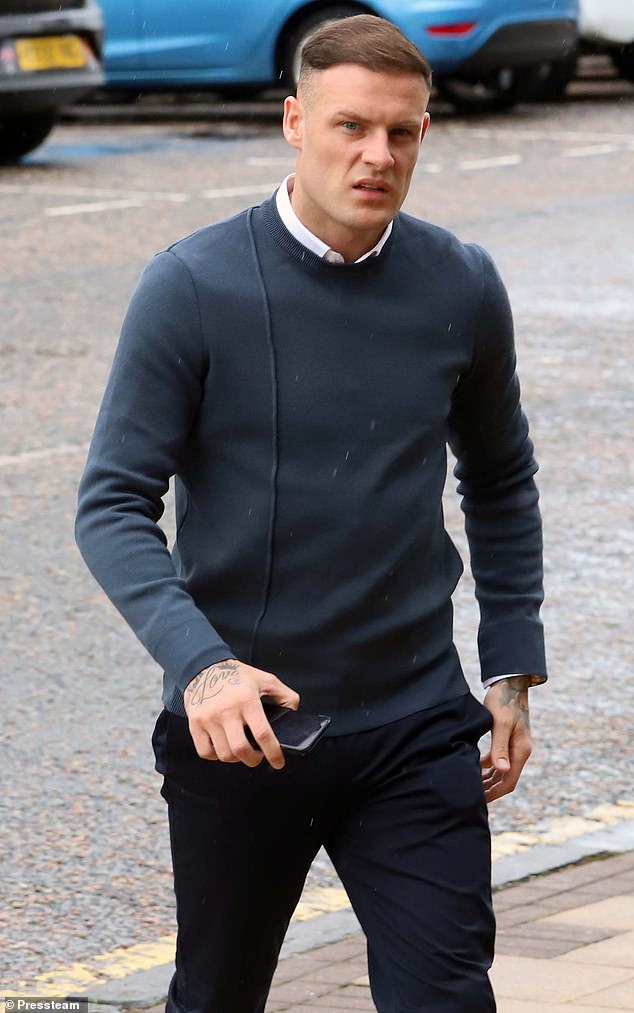 Former Arsenal footballer Anthony Stokes (pictured), 34, was due to appear at Hamilton Sheriff Court, just outside Glasgow, today after he admitted stalking his ex-girlfriend Eilidh Scott 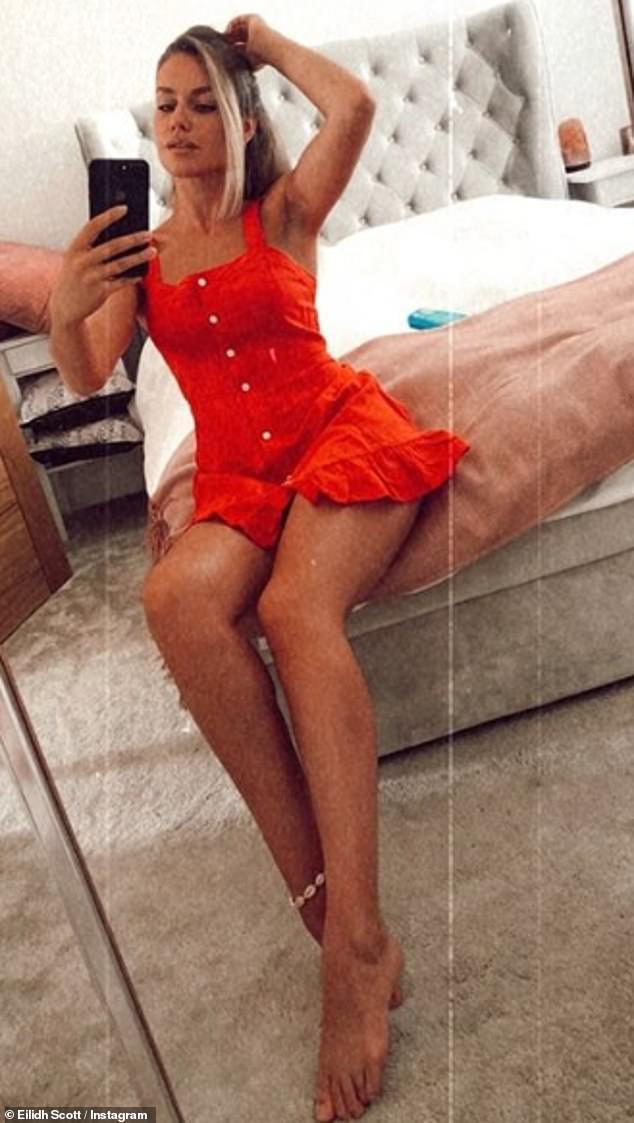 Stokes, of Glasgow, was banned from contacting his former partner Eilidh Scott (pictured) and her mother for four years in September 2019 and was handed four-year non-harassment orders after he admitted stalking 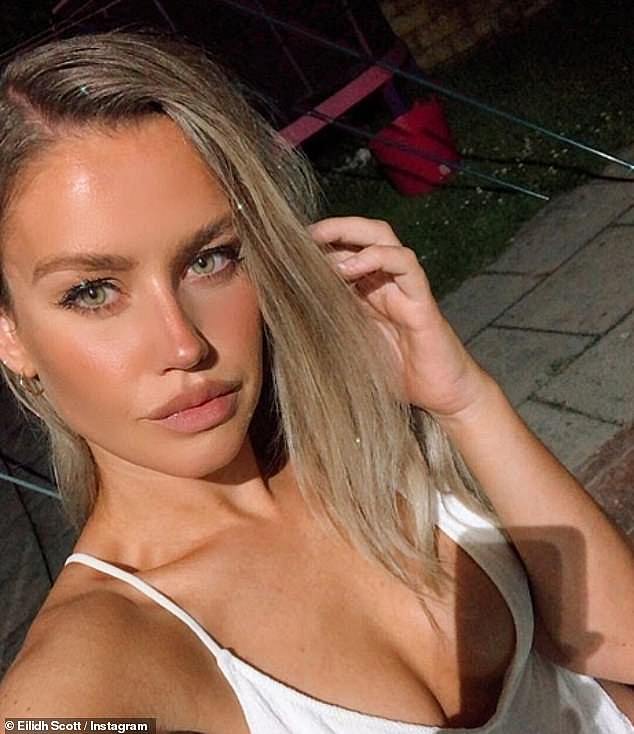 Stokes was due to be sentenced last month but was unable to attend as he had contracted Covid-19.

Following his failure to appear in court on Friday, Sheriff Alasdair MacFadyen ordered a warrant for his arrest in the brief hearing.

And in February last year Sheriff MacFadyen placed Stokes, best known for his career with Celtic, under supervision for two years which required him an anti-domestic abuse course called the Caledonian Programme.

But he warned him failure to complete the programme could see him put behind bars.

A case was first heard back in 2019 and was told he had bombarded Ms Scott with a string of abusive messages that saw him send up to 100 texts a day. 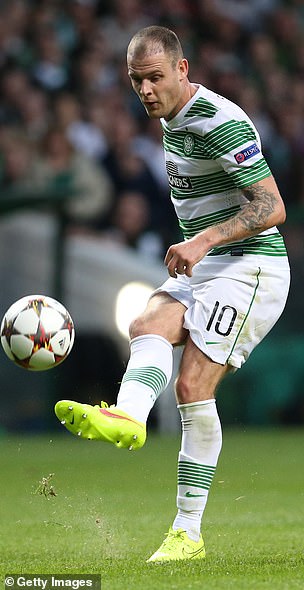 The footballer labelled his girlfriend a ‘s**t’, a ‘s**g’ and a ‘w***e’ and turned up at her home in Shotts, Lanarkshire, late at night

It dated back to a period between July 2018 and February 2019 and saw him make excessive efforts to reach her.

At the time depute fiscal Lynn McFauld said: ‘Contact was made using six different mobile phones all attributable to the UK and one which was an international number.

‘In July she attended at a friend’s house for a girls’ night in and received numerous calls, texts, WhatsApp and Facetime messages from the accused but declined to answer them.

‘She was becoming extremely uncomfortable and agitated by this and eventually accepted a Facetime message hoping that if she spoke to him he would desist and let her enjoy her night.

‘He immediately demanded to know where she was and who she was with and was clearly angry and agitated.’

The court heard Stokes arrived at her mother’s home later the same evening and confronted Miss Scott when she arrived home.

Her mother called her to say he was banging on the door, shouting through the letter box and sitting outside facing the family home.

Miss McFauld added: ‘At 1am the complainer’s friend’s boyfriend arrived back in order to take her home.

‘She advised him to drive her to her front door so she could get in and then she and her mother locked and secured the door.

‘The friend reversed out and observed a door of a vehicle opening which caused him to stop and the accused got out and asked ‘What is that all about?’.

‘He started walking towards the vehicle and rattled the window with his fist before demanding to know where the complainer had been and why she was being dropped off.

‘The witness was scared as to what might happen next and drove off but as he did the accused kicked the vehicle. 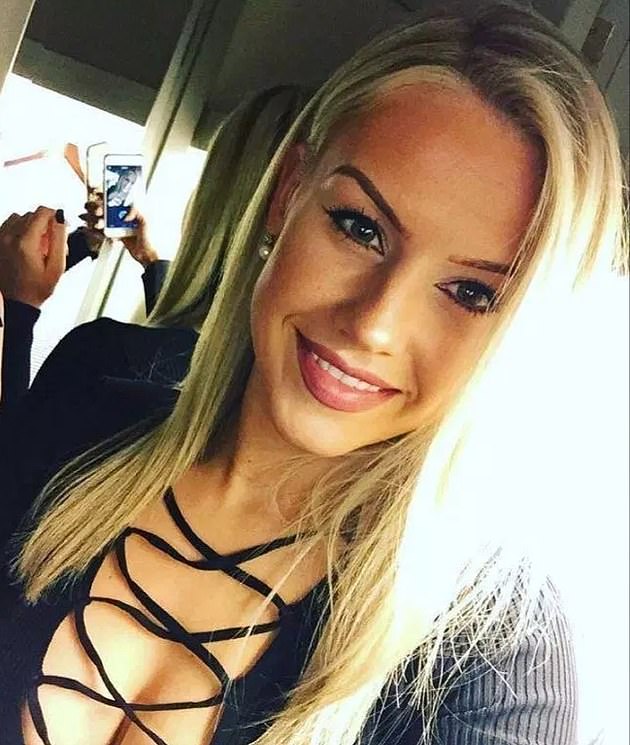 ‘This was observed by the complainer who said her stomach was churning as he approached the house before calling her a s**g, a s**t, a w***e and demanded she open the door.

‘She later sent a message saying ‘you are stalking me, leave me alone’ and later received an email from the accused saying ‘sorry for my reaction tonight, I just love you too much and snapped tonight’.’

Michael Gallen, defending, said: ‘He was working abroad and that may have contributed to him being isolated and the complainer being alone with a young child which put the relationship under strain.

Sheriff Alasdair MacFadyen had deferred sentence until September 2019 for reports and continued bail, but this was delayed and then the pandemic hit.

Sheriff MacFayden said at the time: ‘You engaged in a course of conduct that caused fear and alarm to your former partner and her mother.

‘It is not a case of an isolated incident but a course of conduct and I’m told that you and the woman have reconciled but have also been told it is on-off.

‘I want to have some enquiries made to see if there could be some intervention put in place to stop you behaving this way again to the complainer or to anyone else.’

Stokes was capped internationally for Ireland nine times during his career and played for a host of teams including Hibernian and Sunderland.