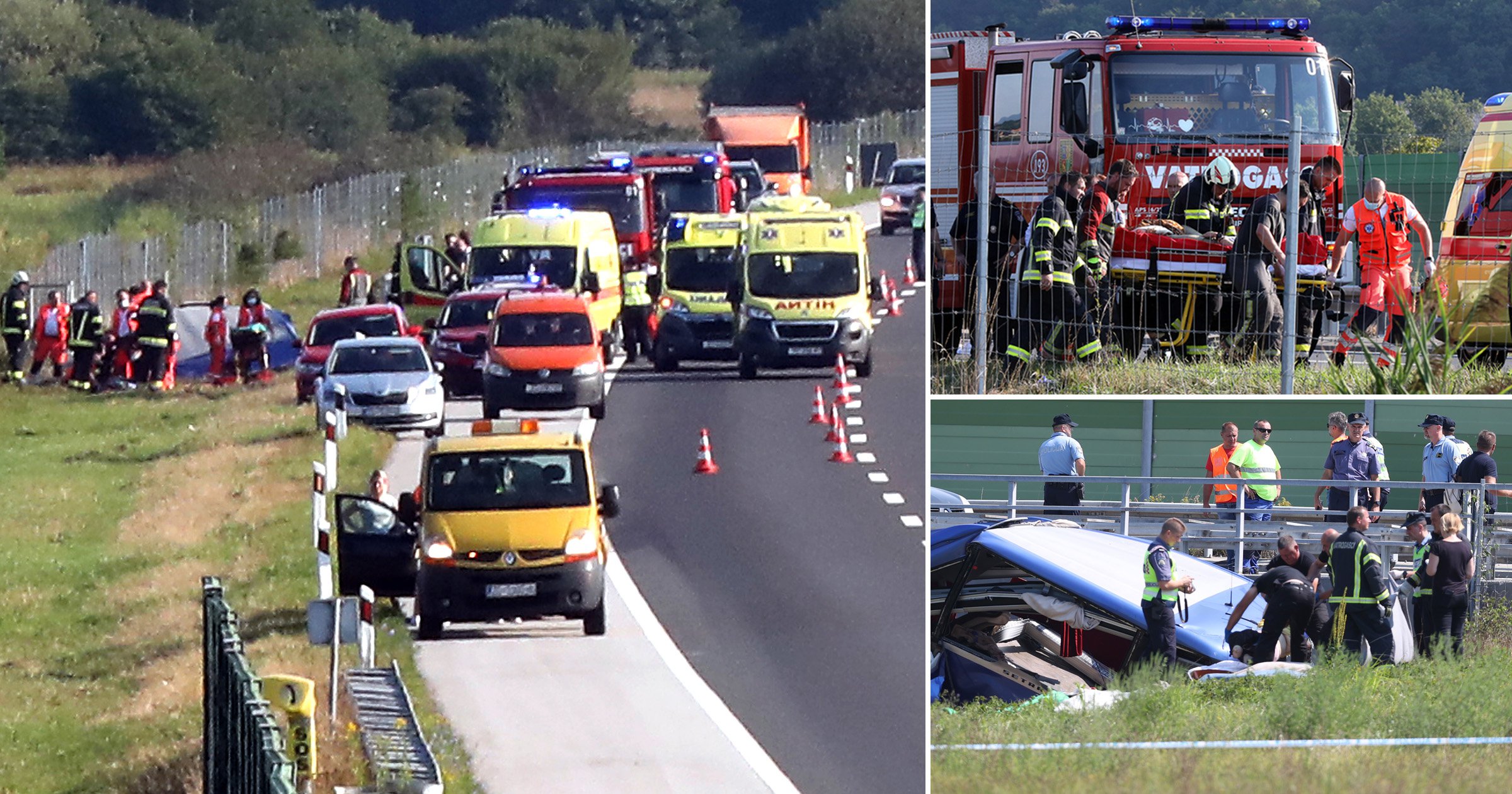 At least 12 people have died after a bus carrying pilgrims skidded off the road in northern Croatia.

It is believed the tragedy may have occurred after the driver fell asleep at the wheel.

The vehicle involved has Polish licence plates and was carrying 43 people at the time it careered off the road.

Several more people are reported to have been seriously injured in the horrific crash.

Croatia’s state HRT television reported that about 30 people were injured, many seriously.

It said the most likely cause of the crash was the driver falling asleep but an investigation was ongoing.

The broadcaster showed video of a smashed blue bus in a ditch next to the motorway.

It was heading towards Zagreb, the Croatian capital, en route to a Catholic shrine in Medjugorje, a town in southern Bosnia, according to Polish prime minister Mateusz Morawiecki.

He said on Facebook: ‘This morning, I spoke about the details of the tragedy with Croatian Prime Minister Andrej Plenkovic, who assured the full support of Croatian medical services.

‘I recommended our consular services to organise a support organisation for the families of accident participants.’

Croatian interior minister Davor Bozinic said the bus originated from ‘a place near Warsaw’ and that ‘according to some information’ it was carrying pilgrims to Medjugorje.

The accident happened at 5.40am local time around 30 miles north of Zagreb, on the A-4 motorway, a route which is busy during the peak of tourist season.

Rescue teams were sent to the location of the accident and an investigation into what caused it was ongoing, Croatian media reported.

Suspicious packages sent to as many as 14 diplomatic missions in Australia: police, media

Disabled woman in her 70s found dead in bungalow as man, 35, arrested on suspicion of murder