Police are facing a public backlash after allowing an officer who drunkenly urinated in a fashion store’s changing room to keep her job.

Amelia Shearer, 24, had been on a bottomless brunch binge in Vodka Revolution with a pal when she staggered into Urban Outfitters in the centre of York and demanded to use the toilet.

When she was told there wasn’t one available she went into a changing room and relieved herself, leading to the store spending almost £500 on a deep clean and closing its changing rooms.

A police disciplinary hearing held in Middlesbrough this week accepted that PC Shearer urinated in the changing rooms and tried to hide the truth by changing her story about what happened.

After deliberating over her future for seven hours the disciplinary panel decided she should be given the chance to start on ‘a new path.’

The rookie cop, a former criminology degree student, lied under oath during the investigation – something that will now have to be disclosed to defence lawyers in any prosecutions which involve her giving evidence.

However they decided the probationary constable showed such promise that she could keep her job with Cleveland Police, one of the country’s most troubled forces.

Members of the public voiced their anger on social media.

One said: ‘How will she ever be able to arrest anyone for urinating in a public place again? I’m sorry but this is some level of wrong.’

Another wrote: ‘Outrageous, how does that work? One rule for the bill and one rule for us. She should resign if she’s got any dignity left.’ 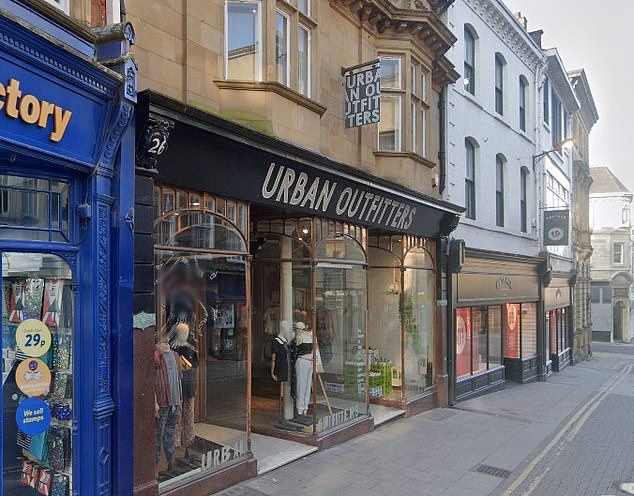 The decision sparked disbelief among members of the public.

York has long had a problem with antisocial behaviour and in the past councillors in the city have questioned cheap tickets from Middlesbrough which were bringing hordes of day drinkers from Teesside.

A third member of the public wrote on social media : ‘It is absolutely appalling that despite being found guilty of gross misconduct and having lied on oath that she has kept her job. She’s still on probation for God’s sake.’

A fourth added: ‘She is a public servant expected to hold higher standards in public and private life. She should have been prosecuted like the rest of us in the same position.’

A tearful PC Shearer told the hearing she was ‘mortified’ to be questioned about the incident by a fellow officer from the North Yorkshire force.

She continued to claim that she went into the changing rooms to ‘adjust her underwear’ although shopworker Ryan Weir found the foul-smelling wet patch immediately after she had left.

PC Shearer told the hearing: ‘I was mortified that the allegation had been made and it was trying to be resolved in a busy street where there were people walking past.’

The panel in the Police Misconduct Hearing held at Middlesbrough FC’s Riverside Stadium issued PC Shearer with a final written warning that will last five years.

Ogheneruona Iguyovwe, the panel’s chairwoman, said allegations of discreditable conduct and breaches of honesty and integrity were proven.

The panel accepted her force’s submission that her culpability had been high, and the actions harmed the public’s confidence in policing.

PC Shearer joined Cleveland Police as a junior in November 2019 and had been praised for her performance.

According to the panel, she had several opportunities in interviews to confess what happened, but will keep her job.

Before the decision, Olivia Checa-Dover, representing the force, told the panel its findings.

She said PC Shearer had been dishonest because she lied while being questioned under oath – something that would have to be disclosed to defence lawyers in future investigations she carried out.

Janet Smith, for PC Shearer, had urged the panel not to immediately sack her given her good references, including comments from her inspector about her progress during her first year when he described her as ‘spot-on’.

‘She has the potential to be exceptional. There is a place for her in Cleveland Police, and there is the potential for her to flourish in this police force with the appropriate guidance.’ 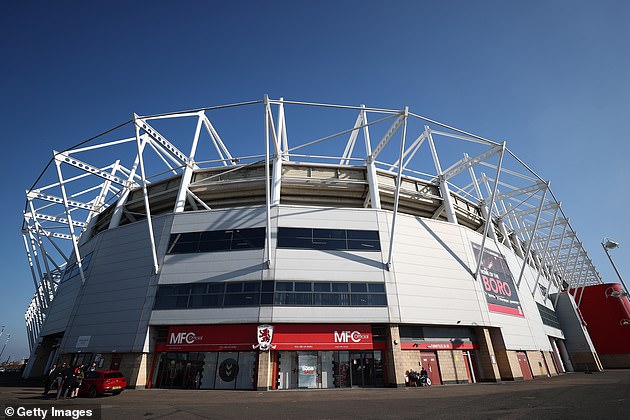 During a three-day hearing, the Middlesbrough-based officer denied the allegations that she urinated in the store and that she lied to her boss afterwards.

The panel was told how in less than four hours, PC Shearer and a friend had bottomless brunch at a bar, consuming half a bottle of prosecco and three cocktails, followed by a Jack Daniel’s and Coke at another venue, before going to Urban Outfitters.

Giving evidence, a member of staff said the police officer asked if the store had toilets and was told ‘no’, but went to a cubicle without any clothes to try on.

The employee radioed for his manager and when the officer came out, he and his boss saw a pool of what smelled like urine on the floor, and she hurriedly left the shop but was tracked down later in the city by police.

She denied urinating but did acknowledge she and her friend were ‘loud and giggly’, claiming that she used the changing rooms to adjust her bra – an account she did not give her superior, Inspector Christian Duree, when she spoke to him the next day on the phone.

PC Shearer explained that she only gave him an ‘abridged version’ of events, but the force accused her of lying to him in subsequent formal interviews, and the panel agreed.

Giving evidence on Tuesday, Inspector Duree said: ‘She deals with members of the public exceptionally well. Her performance as a probationary constable was excellent.’

Rider, 41, who was crushed under a horse sues its owner