Banks are too slow in lowering mortgage deals to help cash-strapped families as financial crisis looms, MPs are told

Banks were criticised yesterday for being too slow to lower their rates on fixed-rate mortgages and offer cheaper deals to struggling homeowners.

Banks rushed to raise rates across the board as markets reacted to the mini-Budget in September.

However, these rates have remained high, despite widespread expectations that official interest rates will not rise as far as feared.

Banks were criticised yesterday for being too slow to lower their rates on fixed-rate mortgages and offer cheaper deals to struggling homeowners (Pictured: Bank of England Governor, Andrew Bailey)

While the Bank of England is set to raise rates again today – from 2.25 per cent to as high as 3 per cent – investors now believe rates will not go above 5 per cent next year. Just weeks ago it was feared they would rise above 6 per cent.

Despite the brighter outlook, the average two-year fixed rate is now 6.47 per cent, down only slightly from its peak of 6.55 per cent on October 20.

Mr Boulger said banks were depriving homeowners and buyers of lower rates because they feared demand would be too high.

‘I’m disappointed at the slow speed at which rates have come down,’ he told MPs on the Treasury Committee. ‘Rate falls have been relatively small but there’s scope for them to fall further.

‘One of the issues is that lenders don’t want to set rates lower too quickly because they are worried about getting too many applications and not being able to keep up service standards.’ 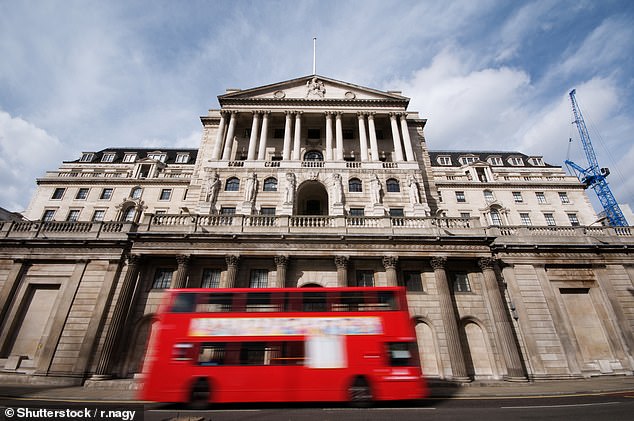 The broker called out industry practices, claiming banks wanted to offer rates that were ‘competitive but not too competitive’.

Buyers and those refinancing may be waiting weeks before borrowing costs fall back.

Around 1.8million homeowners are expected to remortgage as their deals end in the next year, banking trade UK Finance has warned. While homeowners with fixed deals are protected from immediate swings in rates, many will be forced to refinance at far higher rates next year, as banks have been quick to pass on the growing cost of borrowing.

Chris Rhodes, of the Nationwide Building Society, defended lenders by pointing to volatility in the market and the risk that lenders would ‘get caught out’.

Borrowers who do not have fixed deals are likely to see their mortgage costs rise today as the Bank of England, presided over by governor Andrew Bailey, steps up its battle against inflation.

The Bank is expected to increase the bank rate at the fastest rate since it gained independence from the Treasury in 1997, with a 0.75 percentage points rise. This would take the base rate to 3 per cent, a level not seen since 2008.

However, the base rate is now unlikely to rise above 5 per cent the deputy governor, Ben Broadbent, has said, down from previous market expectations.