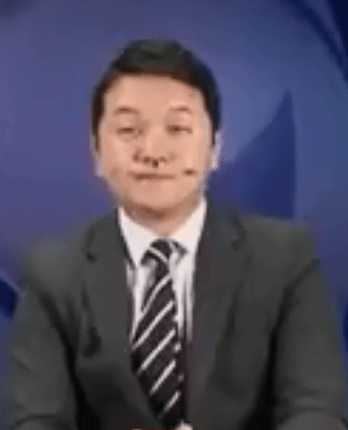 But instead of running off set to have it treated, Jo battled on as blood trickled over his lips and coated his chin.

The only person to notice his ordeal was Jo's co-host, who did a double take when he saw the claret running down Jo's face.

People were quick to take to social media to praise Jo's dedication to his job. 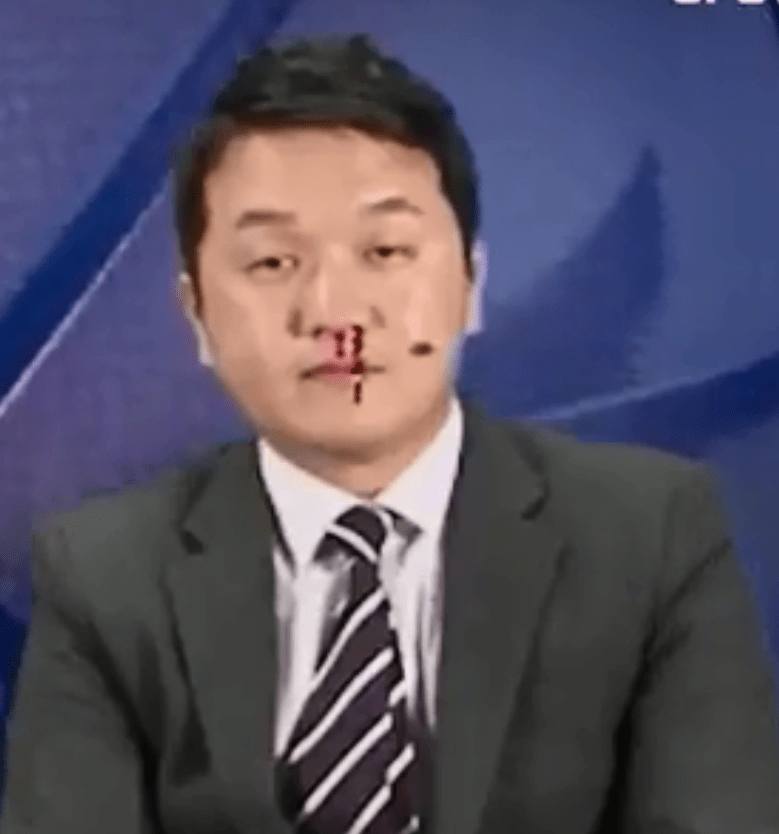 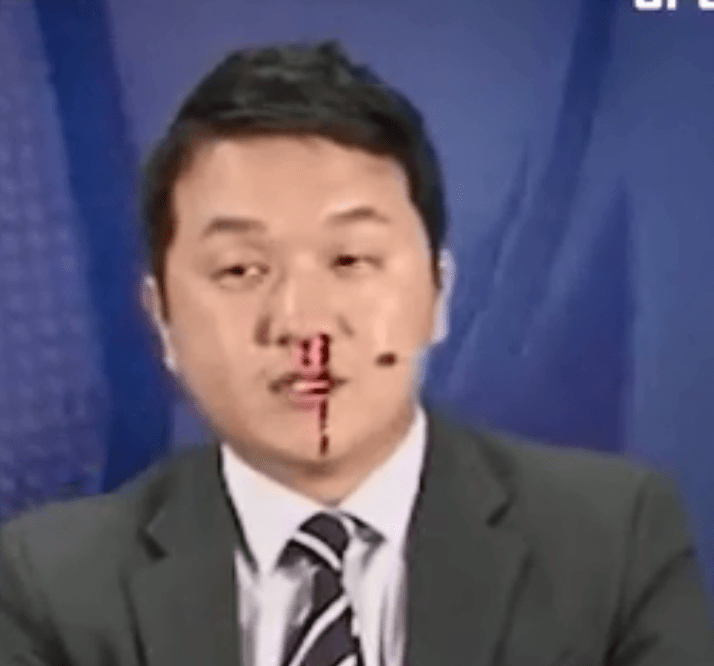 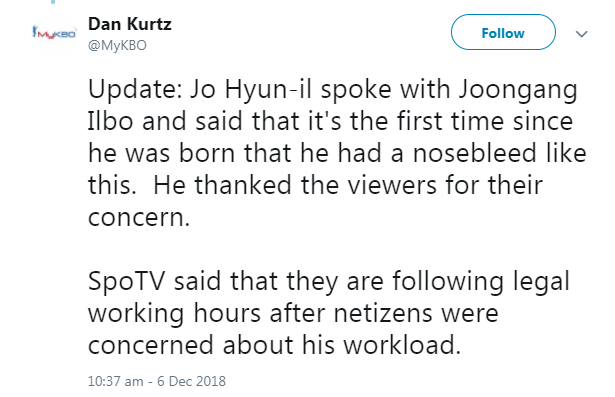 According to the report, it was the first time since he was born that Jo had suffered a nosebleed like this.

Kurtz tweeted: “He thanked the viewers for their concern."

“SpoTV said that they are following legal working hours after netizens were concerned about his workload.”