Eight boys, including a 13-year-old child, will stand trial for the alleged murder of a teenager fatally beaten and stabbed outside a house party in Coburg North in March.

A children’s court magistrate on Thursday committed the teens – aged 13 to 17 – to trial following a three-day hearing to test the police case against each of them. 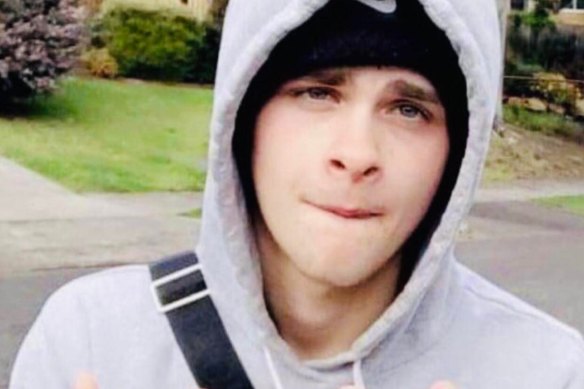 Declan Cutler, 16, was killed in Coburg North earlier this year.

Police say the teens were all travelling together in a stolen Mazda hatchback before they allegedly attacked 16-year-old Declan Cutler, known to his friends as DJay, on Elizabeth Street in Coburg North as he left a nearby house party on foot about 2.30am on March 13.

An autopsy later revealed he had been stabbed multiple times. The incident was captured on a CCTV camera from a nearby property.

Seven of the accused teens, who cannot be named due to their age, were arrested in the weeks following the alleged murder. An eighth teen was charged after being arrested at Melbourne Airport in August. All remain in custody.

The 13-year-old nodded when asked if he understood what was happening in the hearing. Like his alleged co-offenders, he replied “not guilty” when asked to enter a plea. 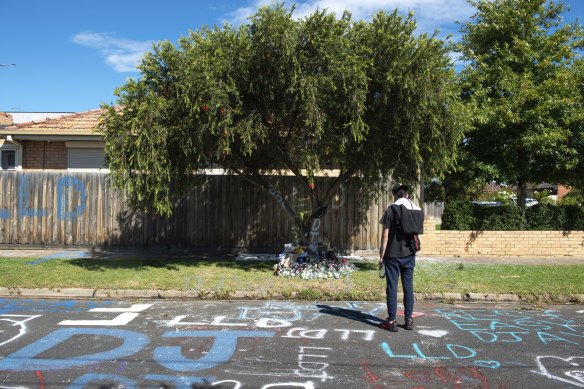 The street where Declan Cutler died on March 13.Credit:Penny Stephens

“You’re going to go to trial at the Supreme Court for one murder charge,” the magistrate said.

The court heard the prosecution case relies largely on CCTV footage captured at McDonald’s and KFC fast food stores in the hours before the fatal attack, alongside phone tower records and clothing seized at the homes of some of the teens.

DNA believed to belong to some of the teens was also allegedly found on items, including a car.

Police allege all eight accused teens were involved in the killing. All eight have pleaded not guilty to murder.

Earlier this week, the court heard witness evidence from a psychologist who reviewed the case files of the 13-year-old boy.

She found he was capable of understanding what he was allegedly doing at the time of the attack, and his “moral code” was influenced by gang culture.

The clinical psychologist testified that the boy previously told police the “allure of a gangster lifestyle” had enticed him into criminal activity.

A date for the Supreme Court trial is yet to be fixed.