A young London woman travelling alone at night was told she wasn’t allowed on a bus – because her fried chicken wings would ‘stink’ it out.

The driver told Grace Edun, 23, she would have to throw her food away or be left marooned at the stop on her own in the dark at Woolwich Station after midnight.

Grace said she was worried about her safety as she was travelling to her home in Bermondsey – a 40-minute journey.

She also said the bus driver left her humiliated as everyone was watching her get on with food.

The row was captured on the double decker’s CCTV with the driver refusing to budge while she was onboard. 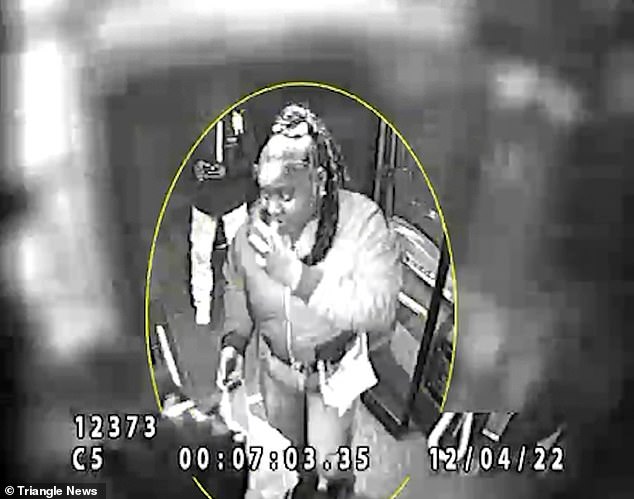 The customer assistant (circled) was confronted by the bus driver who told her ‘You can’t come on with fried chicken like that, love’ 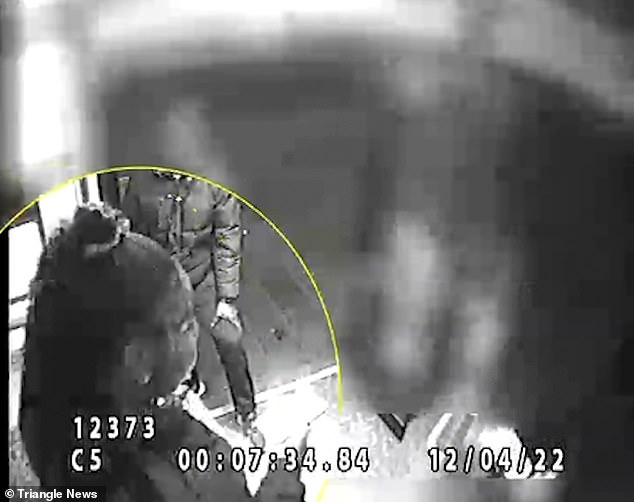 Grace (circled) can be seen arguing with the bus driver about why he didn’t want to let her on, before going to the upper floor of the bus. She said she ‘felt really embarrassed’ by the incident

Other passengers sided with Grace and told him to carry on with the journey.

She has demanded an apology from Stagecoach who run the N53 route for Transport for London.

The company’s policy on eating on buses states food is only prohibited if it causes ‘offence’ or ‘upset’ other passengers.

Grace said today: ‘I was travelling on my own. It was late at night and I thought I’d be forced off the bus.

‘It can be quite scary at night and I’d have had to wait for another bus on my own. I could not believe it. I thought it was a joke,’ she added.

The driver bangs on the screen to get her attention as she walks on said: ‘Oi sweetheart, you can’t come on with that food.’

A shocked Grace replied: ‘I can’t come on with food?’ 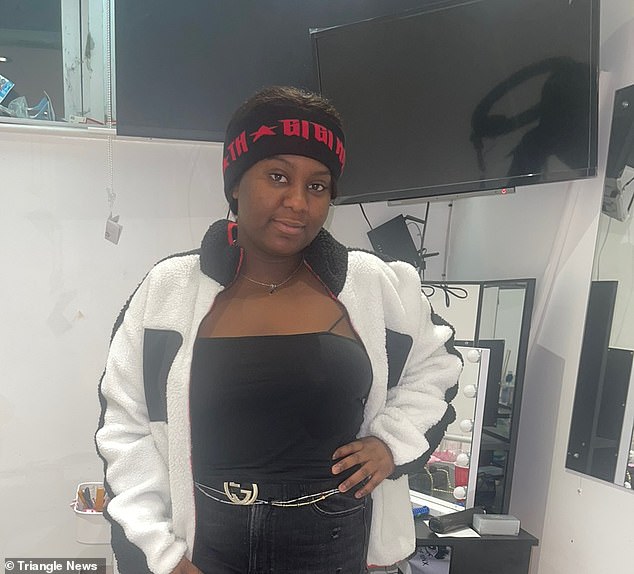 Grace Edun, 23, pictured, said she had been ‘depressed’ by the incident as she sat on the bus 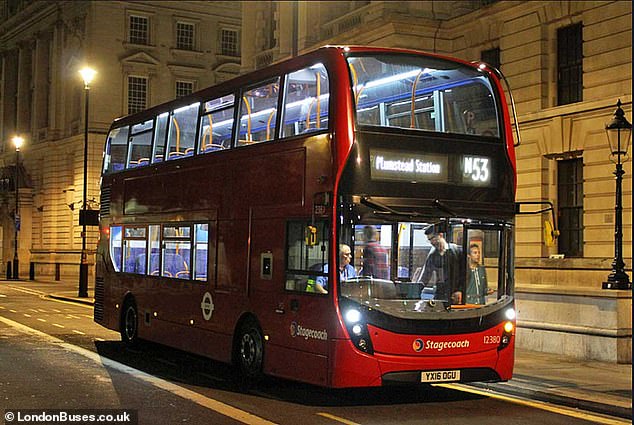 The N53 bus takes 40 minutes to get from Woolwich Station to Grace’s home in Bermondsey, and she said she was worried being alone late at night

He added: ‘You can’t come on with fried chicken like that, love.’

Grace replied: ‘What? When was that a rule?’

The driver repeated himself saying: ‘You can’t come on with open food like that. Get outside or get rid of it.’

Grace – who had been visiting a friend at her house – went upstairs on the bus because she didn’t want the confrontation.

He then said to another passenger: ‘What is the matter with her? I told her she can’t come on with fried food and she’s walked upstairs.

‘She can’t come on with fried chicken mate because it stinks the bus out.’

The driver then finally relented and allowed Grace to continue with her journey after another passenger asked him to carry on.

Grace added: ‘I have always eaten on buses, on the way home from school. There weren’t that many people on the bus anyway. Some people were just shouting at him to just drive the bus. I felt really embarrassed.

‘People were looking at me eating and I felt so fat. I felt a bit depressed by it. I went and sat upstairs right at the front for extra safety.’

Stagecoach’s website states: ‘You can’t eat or drink anything that will cause offence or upset other passengers.’

Marlon Osborne, TfL’s Head of Operations, said: ‘While it is our policy to ask passengers not to board buses with open containers of food for the sake of other customers, we ask drivers to occasionally use their discretion to prevent anyone being left behind in the middle of night.

‘In this instance Ms Edun’s safety was the priority and she was able to complete her journey.

‘The bus operator has spoken to the driver about the right way to approach situations of this nature in the future.’

Debenhams closures – which UK stores are closing and why? – The Sun

Do I need to isolate after contact with someone who has Covid?