Channel 4 is forced to shelve ‘foul’ Frankie Boyle show on royals after Queen’s death: Comic asks public to ‘spare a thought’ for his ‘funny documentary’

Channel 4 has been forced to shelve its ‘foul’ Frankie Boyle show about the royals amid weeks of national mourning for Britain’s devoted head of state, it was revealed today.

The former Mock The Week panellist, 50, had already aired his frustrations that his ‘funny’ documentary, which questions whether the Monarchy, mere days after the Queen’s sudden death was announced.

Boyle Tweeted on Sunday, September 11: ‘Let’s spare a thought for everyone who was just putting the finishing touches to a humorous documentary about the monarchy.’

And an insider has now revealed: ‘You won’t be seeing that programme for a long time, if at all.’

He also ‘joked’ about the King, who has been devastated by his mother’s loss. Boyle said: ‘Charles seems emotional because he’s thinking about how much less fuss there’ll be when he dies, later in the year.

‘If he goes in the middle of the World Cup, he might not even make the news.’ 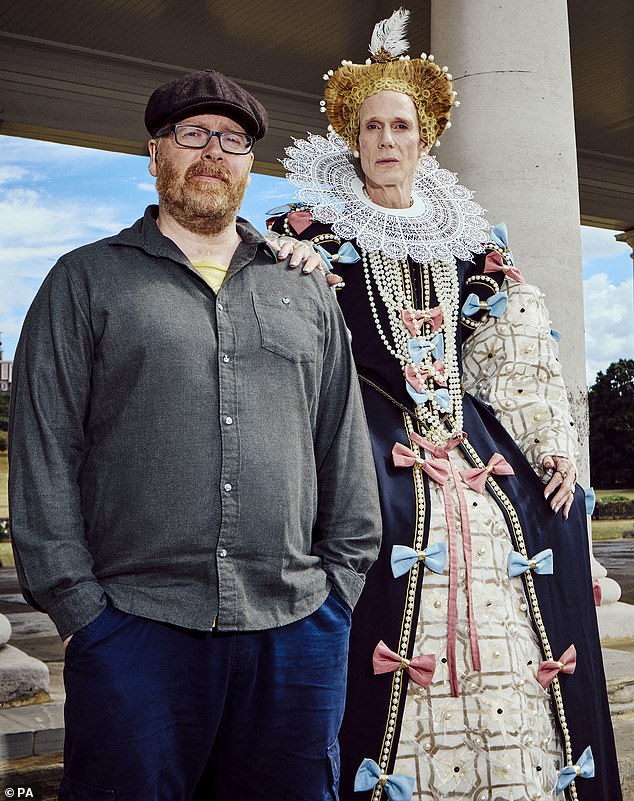 Undated handout photo issued by Channel 4of Frankie Boyle with artist Kit Green as Queen Elizabeth I, outside Queen’s House, Greenwich as he reveals his new programme, Frankie Boyle: Monarchy which has been axed 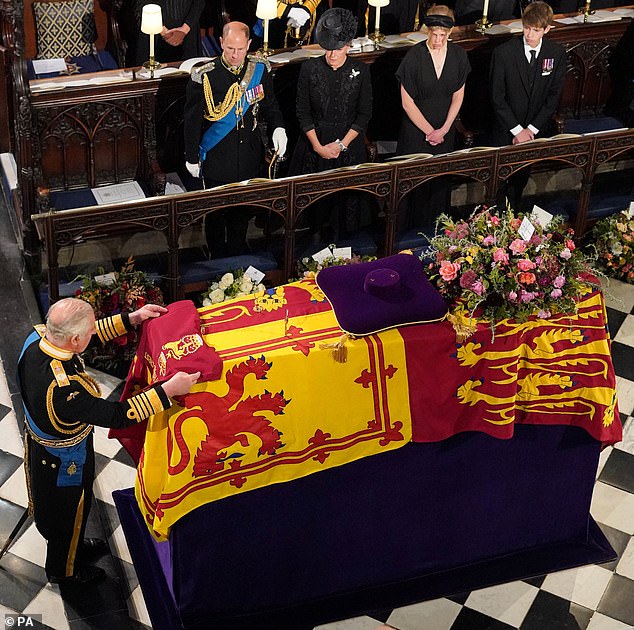 King Charles III is pictured placing the the Queen’s Company Camp Colour of the Grenadier Guards on the coffin at the Committal Service for Queen Elizabeth II, held at St George’s Chapel in Windsor Castle

It said he ‘turns his wry eye to the state of the British monarchy and its future’, adding: ‘He wonders, ‘Will the monarchy soon be put out of its misery as it slips gently away under the soft pillow of our collective apathy? Do the Royal Family have any place in the modern world?”

A Channel 4 spokesman told Richard Eden: ‘We’re reviewing our schedules closely in light of events and any changes will be publicised.’

And now the Daily Mail revealed that Channel 4 shelved plans to screen the show according to insiders.

Boyle has previously made ‘jokes’ about the Queen that were so offensive a Conservative MP described them as ‘disgracefully foul’. 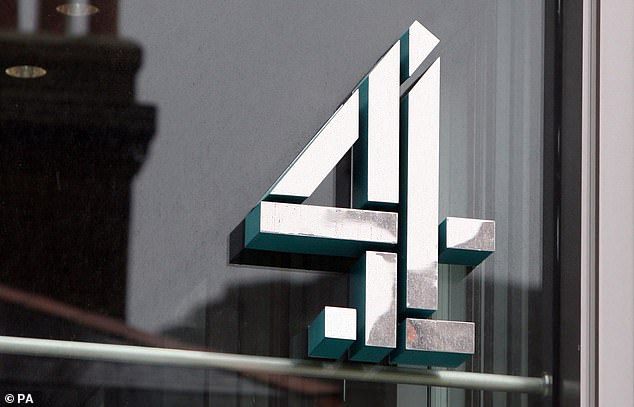 A Channel 4 spokesman says: ‘We’re reviewing our schedules closely in light of events and any changes will be publicised’

David Davis said: ‘Just because the Queen is the Queen, it doesn’t mean she doesn’t have feelings, and she should not be subjected to that kind of comment on a national TV programme.’

The BBC was forced to cut a line from its Comic Relief coverage in 2013 after Boyle, commenting on the Queen having been admitted to hospital, said: ‘I wished she’d died.’

In July, performing at Latitude Festival, he said he wished people would stop speculating about the Queen dying as ‘that’s going rob my enjoyment of the event when it happens’.

Covid cases 'will PLUMMET this winter even without Plan B restrictions and could fall to 5,000 daily cases before Xmas'