For a few minutes, it looked like the Los Angeles Lakers were getting the best win of their season. Then the Boston Celtics woke back up.

In one of the wildest NBA games of the season, the Celtics defeated the Lakers 122-118 in overtime on Tuesday. It shouldn't have been a very notable game considering Boston was up 20 points midway through the third quarter, and yet it was thanks to LeBron James and Anthony Davis.

The Lakers' twin stars led their team on a 32-5 run between the third and fourth quarters to take a double-digit lead with only a few minutes remaining. Crypto.com Arena was rocking, but the team was unfortunately gassed.

The Celtics responded with their own comeback, eventually finding themselves down two points. With about 45 seconds left, the Lakers had the ball, but a pair of brutal free throw misses by Davis left the door open for one Jayson Tatum to send the game to overtime:

TATUM TIES IT UP… WE'RE GOING TO OT ON TNT

We got a fun one! pic.twitter.com/9NuWM4jzX8

Overtime saw a smaller Celtics comeback. The Lakers went up four points via back-to-back baskets from Russell Westbrook, then watched the Celtics score on four straight possessions to take a 119-114 lead they would never relinquish.

Tatum finished the game with 44 points on 15-of-29 shooting (5-of-10 from deep) with nine rebounds and six assists, continuing an early-season MVP campaign. Jaylen Brown had 25 points, 15 rebounds, five assists and three steals.

Meanwhile, James had 33 points, nine rebounds and nine assists, while Davis had 37 points and 12 rebounds.

It's weird to call a game a must-win for the team with the NBA's best record, but the Celtics were coming off two straight losses, one an embarrassing blowout in the same arena against the Los Angeles Clippers. A loss to the Lakers, now 11-16, would have triggered a mini-panic after a dream start to the season.

Instead, it's the Lakers left searching for answers. The Celtics were clearly favored, but the fatigue the veteran team showed down the stretch has to inspire some uncomfortable questions for anyone who believes a mid-season surge could be coming for Los Angeles. 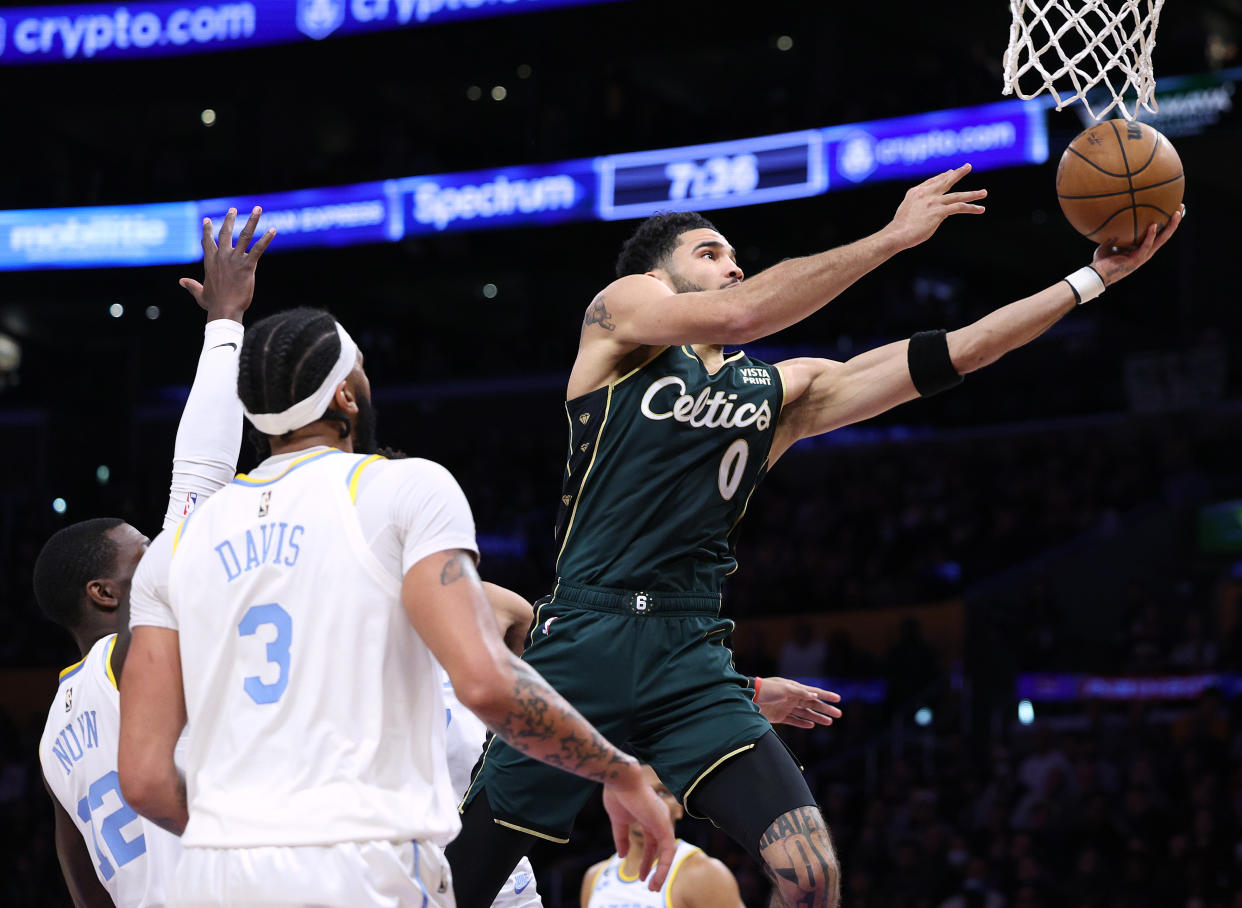 COVID-19 boosters are coming but who will get them and when?

Death Of 21 Teens At A South African Bar Ruled As Suffocation, Parents Disagree