Chancellor and his deputy are nowhere to be seen! Nadhim Zahawi and Simon Clarke were both away from Whitehall when interest rate rise was announced

Interest rates are soaring and a deep recession looms, but the two most senior Treasury ministers were nowhere to be seen yesterday despite the grim warnings.

Neither Chancellor Nadhim Zahawi nor chief secretary to the Treasury Simon Clarke were in Whitehall when the Bank of England yesterday announced the biggest rise in interest rates for 27 years.

Mr Zahawi defended his absence, insisting ‘for me… there is no such thing as a holiday and not working’.

He said: ‘I never had that in the private sector, not in Government. Ask any entrepreneur and they can tell you that.’

Mr Zahawi, who was due to speak to the Governor of the Bank of England Andrew Bailey yesterday afternoon, added that the ‘responsibility of public service means that you never get to switch off, that’s why I have had calls and briefings every day’. 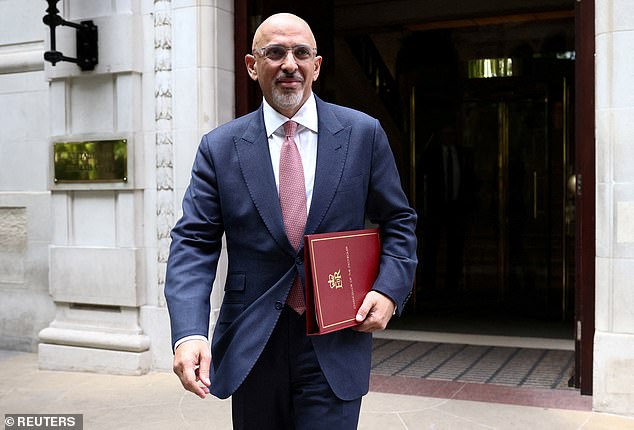 A Treasury source said Mr Clarke was not in the office but was in London and ‘working’.

Bank policymakers raised interest rates to 1.75 per cent from 1.25 per cent, the biggest single rise since 1995, as they tried to control the runaway inflation.

Consumer Prices Index (CPI) inflation will hit 13.3 per cent in October, the highest for more than 42 years, if regulator Ofgem increases the price cap on energy bills to around £3,450, the Bank’s forecasters said.

The Bank forecast that rocketing energy prices will push the economy into a five-quarter recession – with gross domestic product (GDP) shrinking in the fourth quarter of this year and in each quarter throughout 2023.

In a statement yesterday, Mr Zahawi conceded the ‘forecasts will be concerning for many people’. 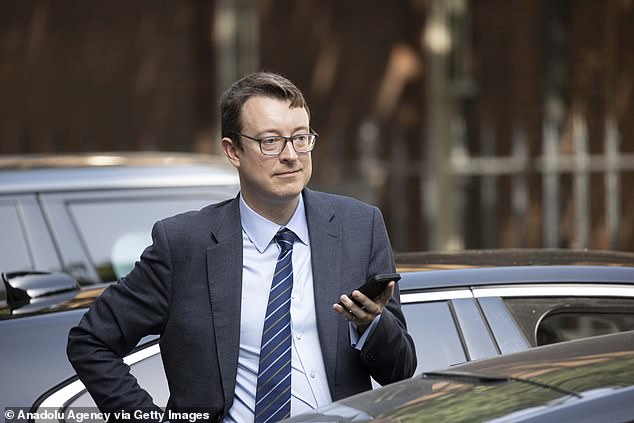 ‘We are… taking important steps to get inflation under control through strong, independent monetary policy, responsible tax and spending decisions, and reforms to boost our productivity and growth,’ he added.

‘The economy recovered strongly from the pandemic, with the fastest growth in the G7 last year, and I’m confident that the action we are taking means we can also overcome these global challenges.’

Mr Zahawi was handed the job of Chancellor last month after Rishi Sunak quit. A day after his appointment he told the Prime Minister he should resign.

He stood as a candidate in the Tory leadership contest but was eliminated in the first round of voting by Tory MPs after he failed to get the required minimum of 30 backers.

Mr Zahawi formally endorsed Liz Truss to be the next leader at the weekend. Mr Clarke is another of her supporters.

The Chancellor praised the Foreign Secretary’s ‘booster’ economic approach while suggesting Mr Sunak was a ‘doomster’.

‘Liz understands that the status quo isn’t an option in times of crisis,’ Mr Zahawi wrote in a newspaper article. ‘We need a “booster” attitude to the economy, not a “doomster” one, in order to address cost-of-living woes and the challenges on the world stage.

‘Liz will overturn the stale economic orthodoxy and run our economy in a Conservative way.’

Boris Johnson is also away on holiday.

McDonald’s bows to pressure and closes all its Russian restaurants