Paddington! Have you come far? Charles III and Prince William both delighted to spot Paddington Bear among the mourners after the lovable character became an unlikely Royal mascot thanks to his heartwarming TV appearance with the Queen

He has become an unlikely Royal mascot after a heartwarming TV appearance with the Queen – so both Charles and William were delighted to spot Paddington Bear among the mourners yesterday.

The new Monarch and his son stopped to greet him during an impromptu walkabout among those who had been queuing overnight to see the Queen lying-in-state.

The bear was presented to the Royals by owner Yela Alvarado, who had spent the night cosying up to her furry friend as she waited to pay her respects and temperatures dropped to a chilly 10C (50F).

Ms Alvarado, 63, was with fellow Peruvian Wende Hernandez. She said: ‘We’ve been queuing since 1am. We wanted to bring Paddington because he’s from Peru and we are also from Peru.

‘King Charles stopped to say how he’s always spotting Paddington, and Prince William was so humble. He was very excited when he heard we were from Peru.’

The bear’s recent popularity stems from a television sketch in which he appeared with the Queen during her Platinum Jubilee. 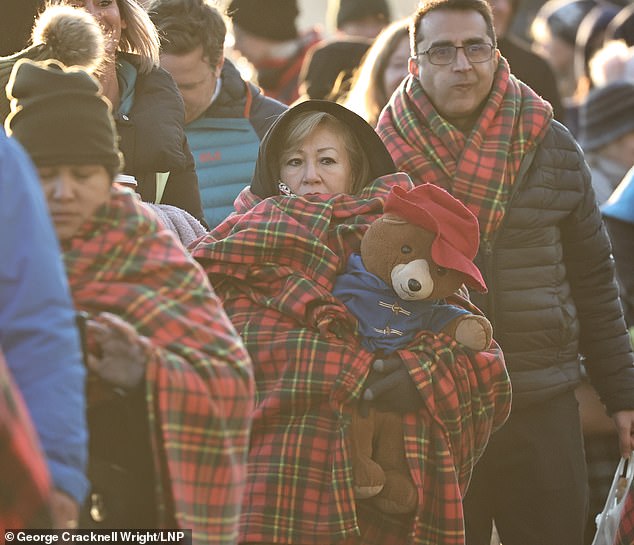 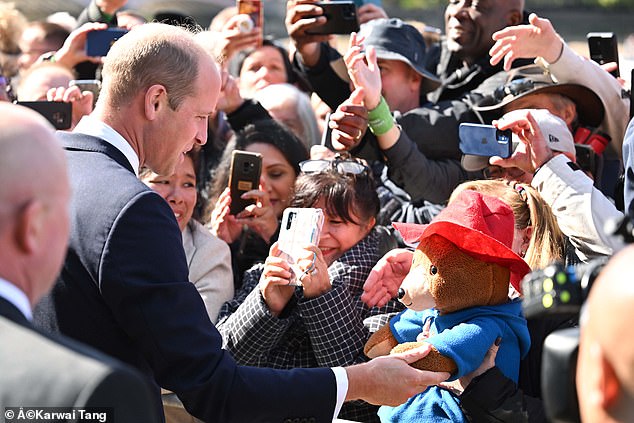 Ms Alvarado was among the army of ordinary people on the South Bank who had been queuing for hours. Cheers rang out as Charles and William suddenly appeared.

‘Are you tired?’ Rachel Burridge, 55, a travel agent from Bishop’s Stortford in Hertfordshire, asked the Monarch. ‘No, but I bet you are,’ the King said with a smile.

Nicolene Atkinson, a nurse from Lincoln, told him she had waited for eight hours – but didn’t regret a second. ‘He thanked me, and said how much his mother would have appreciated it.’

And he told Denise Derbyshire, a 69-year-old NHS breast-screening worker: ‘It’s worth it when you get there. She would have been very touched by all this.’ 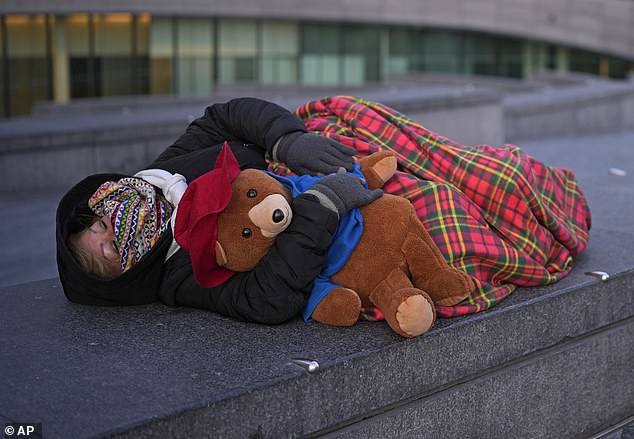 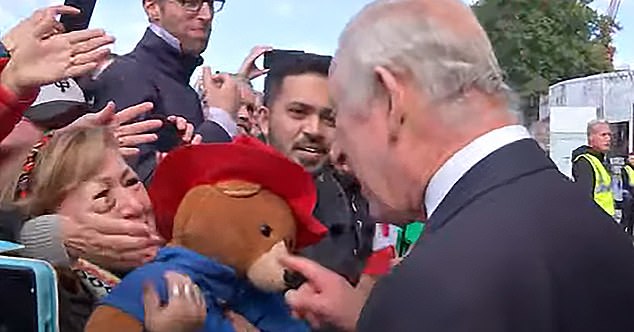 She also got to meet the new King, who she said commented on how he’s ‘always spotting Paddington’

William also charmed the crowd, stopping to talk to Amanda O’Donoghue, 54, a transport worker, also from Bishop’s Stortford. She told the Prince: ‘Give the corgis a squidge from me!’ He said: ‘I saw them the other day and they are being very well looked after.’

He added: ‘I can’t believe the scale of this queue. There are people from everywhere.’

Earlier in the day, after a reception and lunch at Buckingham Palace, the King and the Prince of Wales had met emergency service workers at the Metropolitan Police Service Special Operations Room.

The crowds were certainly thrilled by the Royal presence. As Ms O’Donoghue said: ‘We came for the Queen. What we got was the new King, and the one after him as well.

‘That’s King Bingo. Kingo. And who doesn’t love that?’