Voters are poised to give President Biden one thumbs-down in the Nov. 8 midterm elections, and maybe two. Democrats seem likely to lose control of the House of Representatives, with maybe 50-50 odds of losing the Senate, as well.

The main reason is no secret: Inflation. Gasoline prices have retreated from the peak of $5 per gallon in August, to around $3.75 now. But that’s not good enough. Overall inflation is still 8.2% and food inflation is 13%. Wages are only growing by 4.3%. The typical paycheck buys less.

Much of this isn’t Biden’s fault. The huge stimulus bill Biden signed in 2021 probably added to the problem, by stoking spending. But there are bigger causes, such as COVID-induced distortions in spending patterns and supply chains, plus Russia’s war in Ukraine and the dramatic impact on energy markets. Inflation is up everywhere, indicating this isn’t just an American problem. Still, presidents get the blame for what happens on their watch, and Biden’s day of reckoning could be painful.

Inflation and its dominance as a pocketbook concern obscure some things that Biden has done right since he took office 19 months ago. Here are four of them:

Stabilizing government. After President Trump launched his trade war in 2018, markets gyrated weekly as Trump threatened punitive tariffs and other measures against China and many other countries, trade partners retaliated and everybody wondered how far Trump would go. Near the end of Trump's term, the libertarian Cato Institute graded Trump’s trade policies a D-, despite a needed update to the trade pact with Canada and Mexico.

Other elements of Trump’s presidency were chaotic. Trump attacked the Federal Reserve when he didn’t like its policies, raising questions about whether the Fed was truly independent. There was the failed effort to overturn Obamacare, with nothing to replace it. Trump executive orders repeatedly failed in court. Turnover among agency heads hit record highs. And of course there were dozens of ethical scandals during Trump's tenure. 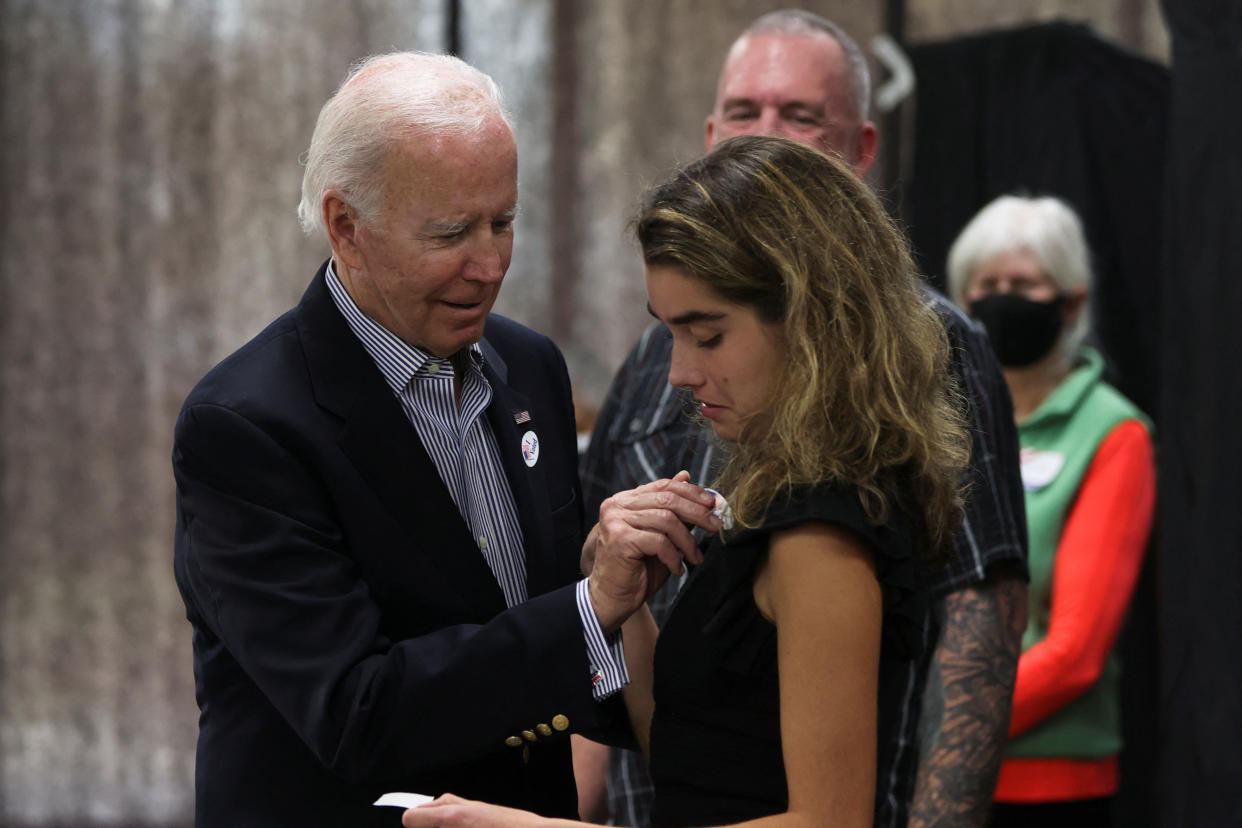 Under Biden, government is boring again—as it should be. On trade, Biden repealed the Trump tariffs against allies, while keeping the China tariffs in place. Instead of week-to-week ad hockery, Biden spent 18 months developing a policy of tightening restrictions on technology imports to China in ways that are sustainable. Biden hasn’t said boo about the Fed, even though he can’t be happy about aggressive rate hikes that could bring a recession. There are legitimate questions about the business dealings of Biden’s son Hunter, but those date to before Biden’s presidency, and unlike Trump, Biden hasn’t installed any of his kids in government jobs. If there have been any other Biden scandals, nobody knows about them yet. One reason voters picked Biden over Trump in 2020 was to return normalcy to government. That, Biden has done.

Climate investments. The Inflation Reduction Act, though badly named, amounts to the biggest investment in green energy and breakthrough technologies in US history. And unlike the Green New Deal, which would have entailed direct government intervention in much of the economy, the IRA largely establishes incentives while relying on free-market dynamics to reduce the burning of carbon and spur the development of alternatives. The new law, which Biden signed in August, will likely lead to beefed-up production of nickel, cobalt, lithium and other minerals crucial to electrical vehicles, and assure much of that production is in the United States, to reduce dependence on foreign sourcing. There’s also funding for the toughest bottlenecks in green energy production, such as energy storage and transmission. These programs could pay dividends for years or even decades, and cement American leadership in many of the technologies needed to address climate change.

US manufacturing. Another legislative achievement voters are short-changing is the CHIPS+ Act, which Biden also signed in August. This law, which Congress passed with bipartisan support, contains powerful incentives to spur the revival of the US semiconductor industry. Without spelling it out, exactly, Biden is leading an important pivot away from laissez-faire governing in the direction of industrial policy that prioritizes economic sectors likely to be key to future success. Free marketeers may hate it, but China, Europe and most other countries basically do the same thing, which has left the United States in the position of getting in the game or ceding control of key technologies to other countries, indefinitely. The semiconductor law will bring hundreds of billions of dollars of chip manufacturing back to the United States and possibly help avert future crises in which the United States gets stuck relying on adversarial nations for chips they can’t or won’t supply.

Bolstering Ukraine. Some analysts think the United States hasn’t done enough to help Ukraine repel Russian invaders, and should supply tanks, fighters, long-range missiles and anything else Ukraine says it needs. Others argue that Biden is too hawkish and is failing to offer Russian President Vladimir Putin a face-saving off-ramp. On the whole, however, the United States is Ukraine’s most indispensable ally, providing far more military aid and other types of assistance than any other country. It has also kept Ukraine’s allies intact while Europe grapples with an energy crisis and other collateral damage from the war that’s far more acute than anything Americans feel. Biden, so far, has led this unwavering effort with reassuring calm and no unnecessary chest-thumping.

Could some other president do better? The answer is always, maybe. Sometimes voters prefer the imaginary alternative, an eventuality Biden is now preparing for.

Click here for politics news related to business and money

What is coronavirus, what are the symptoms and how does it spread? – The Sun