KINSHASA (Reuters) – The president of Democratic Republic of Congo, Joseph Kabila, plans to stay in politics when he steps down after elections on Dec. 23 and does not rule out running again for president in 2023, he told Reuters in an interview on Sunday. 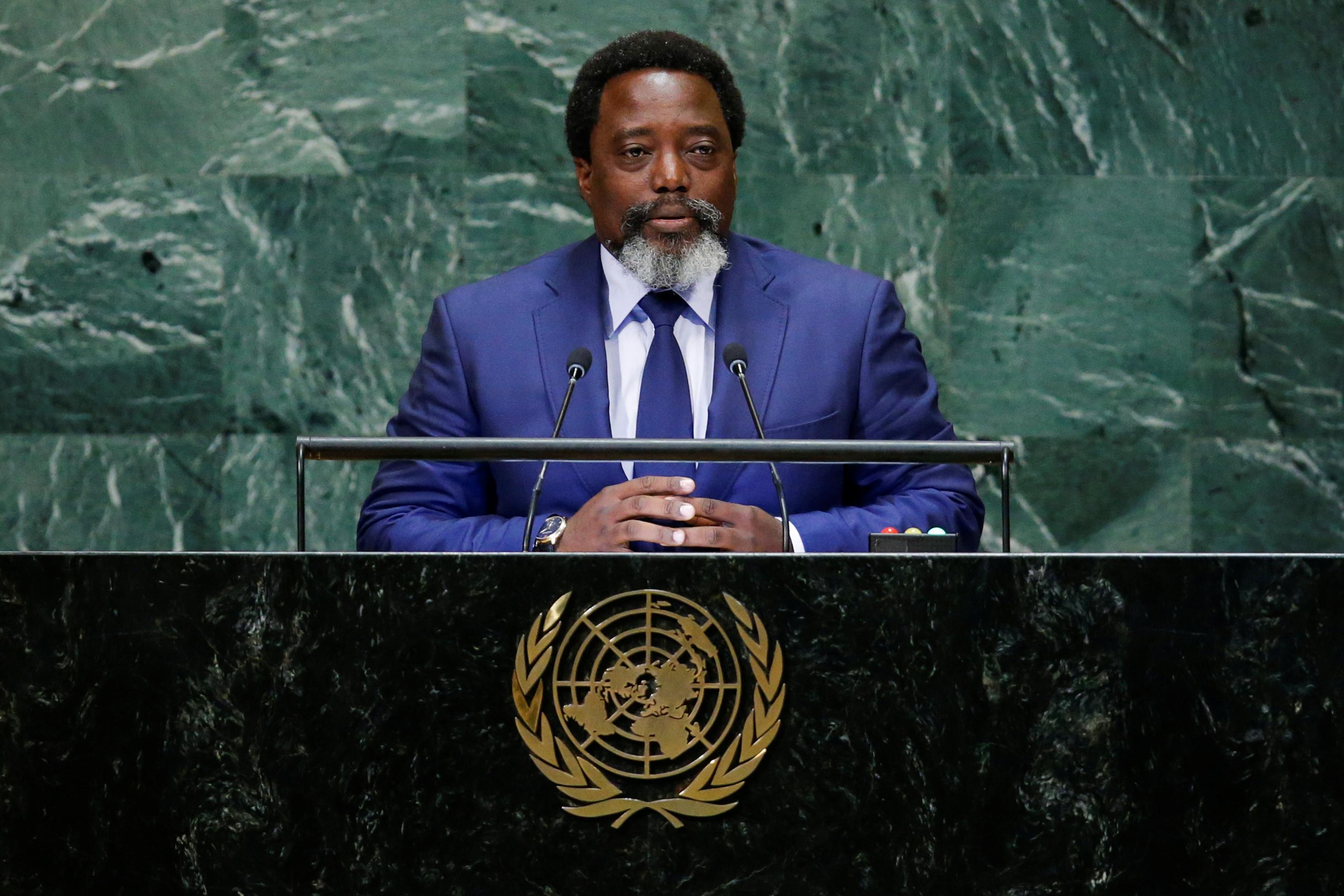 The long-delayed elections will mark Congo’s first democratic transfer of power and an end to Kabila’s rule that began in 2001 after the assassination of his father.

Kabila, 47, was due to step down in 2016 at the end of his constitutional mandate. But the election to replace him was repeatedly delayed, igniting protests in which dozens were killed.

Until recently it was unclear if he would seek a third consecutive term. He will be eligible to run again in 2023 after a break.

Kabila hand-picked a loyalist named Emmanuel Ramazani Shadary as candidate for the ruling coalition. Shadary is under European Union sanctions for his alleged involvement in human rights violations. Congo’s government says the sanctions, which include a travel ban and asset freeze, are illegal.

Polls show little-known Shadary far behind popular leading opposition figures, raising speculation that he is merely there to serve one term before Kabila returns.

“Why don’t we wait for 2023 … to envision anything,” said a relaxed, smiling Kabila in a rare interview at the presidential palace, wearing a dark blue suit and tie and sporting his signature graying goatee.

“In life as in politics, I don’t rule out anything.”

The delay in elections has coincided with a breakdown in security across much of the mineral-rich country. Militants fight over land and resources in the east near the border with Uganda and Rwanda. The violence has allowed an Ebola outbreak to spread to become the second largest ever recorded. [nL8N1Y163O]

International observers say insecurity will make holding elections difficult in the vast equatorial country and create an opportunity for Kabila’s coalition to cheat, especially with the use of new voting machines.

“We intend to make the elections as close to perfection as they can possibly be,” he said. “Observers who think that the elections will not be free and fair, I am yet to see those observers come and state where they think we are lacking.”

Kabila was catapulted to power aged 29, after his father Laurent was shot dead in 2001 by a bodyguard. The assassination occurred during a civil war that raged from 1998 till 2003 and killed 5 million people, mostly through hunger and disease.

He promised to restore peace and end corruption and today stands by his legacy despite leaving behind a fragile economy and multiple protracted armed conflicts that have forced millions to flee their homes.

“Do we have regrets? No, not at all. We have many accomplishments. The biggest is that we managed…to reunify this country and put it back on the right track,” he said.

Kabila said he wants to remain in politics to protect those accomplishments, adding that judgments could wait until his career was fully over.

“There is still a long journey ahead and there are still other chapters that will be written before we can write the history books.”

Boy born half the size of his sisters at 1lb 3oz