Jones told reporters postgame that Prescott needs surgery on a joint above the thumb on his throwing hand.

“Dak will be out for awhile,” Jones said. 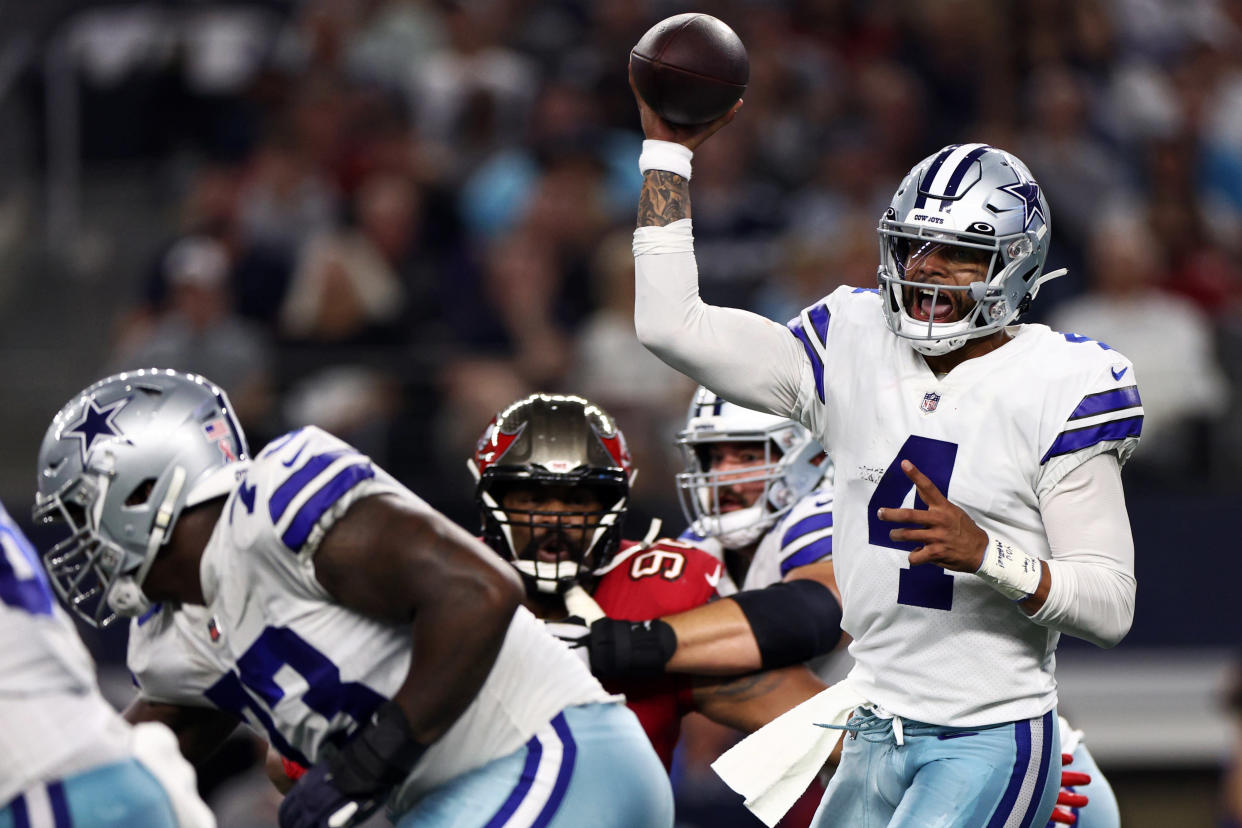 The Cowboys’ medical staff told Prescott that he suffered a clean break, the quarterback said in a postgame news conference. A timeframe for his return is unclear as of Sunday night. He said he expects to have that surgery Monday.

“Just another bump in the road,” said Prescott, who missed 11 games in 2020 after suffering a compound fracture and dislocation to his right ankle, and one game last season due to a calf strain.

When a quarterback follows through on a throw, he’s in danger of hitting a helmet or a defensive lineman’s hand. It’s a hazard of the job. It’s unlucky to do it two straight times, and painful. Prescott had to leave Sunday night’s game after hitting his right throwing hand on defensive linemen twice in the same fourth-quarter drive.

In the middle of the drive, Cooper Rush came on the field while Prescott went to the sideline. Prescott was looked at by athletic trainers and then jogged to the locker room.

It was an ugly night for the Cowboys’ offense. Prescott couldn’t get much going against Tampa. But losing a game lingers for just a week. A hand injury to Prescott was a much harsher blow.