Well, well, well. Who would have thought it? After a truly dismal fortnight for the Tories, the knives were out for Liz Truss.

A botched mini-Budget blamed for heaping mortgage misery on families. A brutal civil war over axing the 45p top tax rate and benefits. U-turns, Cabinet dissent and backbench mutiny. And Labour vanishing over the horizon in the polls.

The backdrop to her debut conference speech as Conservative leader could hardly have been less auspicious. Expectations were not just low, but subterranean.

Yet if the Prime Minister was daunted by the need to find inspiration yesterday for a make-or-break address, it didn’t show. 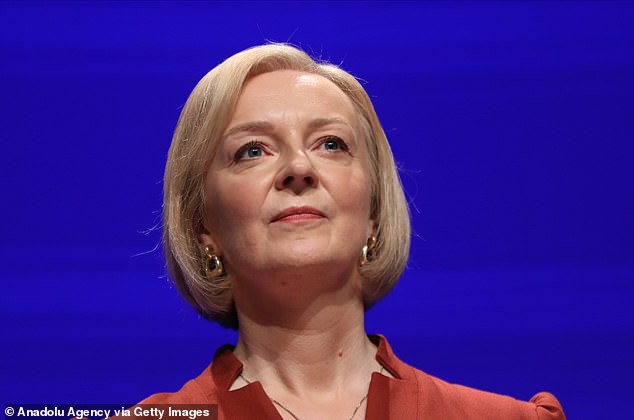 True, she will never have Boris Johnson’s flair for working an audience. But absent verbal pyrotechnics, her address was strong, reassuring, authoritative and, above all, a ringing endorsement of Tory values.

In a defiant cri de coeur, she laid out a coherent, compelling and exciting true blue vision for Britain. A place where aspiration, enterprise and prosperity triumph over the tyranny of low expectations.

She rightly restated her determination to abandon the broken economic orthodoxies that have for years failed miserably to shift growth out of second gear. There is, frankly, no alternative. If the Tories persist with this status quo, where Britain and its people have got poorer, their chance of being re-elected will drop from unlikely to zero.

The PM seeks to end this malaise by cutting crippling taxes (which Rishi Sunak as chancellor raised to a shameful 70-year high), slashing red tape and delivering radical reforms in areas including planning, agriculture and energy.

This is heady stuff. A society that rewards hard work, initiative and ambition becomes wealthier. This benefits everyone. After all, a rising tide lifts all boats. It also means better public services, stronger defences and a more solid Union.

We welcome, too, Miss Truss’s commitment to fiscal discipline. The energy bailout and tax cuts were needed to avoid hardship, but the money borrowed to fund them must be repaid through growth or spending squeezes.

Of course, it was irritating Miss Truss was interrupted when the people in charge of security – with unbelievable incompetence – let in Greenpeace protesters to heckle her. But these exhibitionists underlined her central point – that an ‘anti-growth coalition’ is determined to hold the country back.

Consisting of Labour, militant unions and eco-activists among others, and championed by the BBC, it seeks to block developments such as new transport links, housing or energy sites – anything that would make life easier for ordinary people. To this ‘blob’, Britain has no bright future – just managed decline.

However, Miss Truss’s fine words must be translated into action. The obstacle is a motley band of Tory rebels – recalcitrant Remainers, embittered Sunak supporters, failed ministers and never-will-bes – who are trying to hobble or oust another PM.

They need to look long and hard in the mirror. Low taxes and growth are Tory articles of faith. Are they Conservatives or are they milk-and-water liberals? If they foolishly hanker after a high-spending, high-tax redistributive economy, shouldn’t they join the Labour Party?

The Conservative malcontents destabilising her have a simple choice. Get behind the PM and help lift up the nation.

Or persevere with their self-indulgent troublemaking and consign their party to electoral oblivion – and the country to the ruinous socialist clutches of Keir Starmer.

Inquest into fatal shooting of Welsh Guards sergeant is adjourned