Home Secretary Suella Braverman last night faced fresh questions over her conduct after it emerged Whitehall advisers refused to allow her ‘mistake’ in sending an official document to a Tory MP to be described as ‘honest’.

Ms Braverman was reappointed by Prime Minister Rishi Sunak last week – just six days after she left Liz Truss’s Cabinet when she was found to have sent Sir John Hayes a document she claimed was a draft of a written ministerial statement.

It was only discovered because she copied in someone she believed was Sir John’s wife. 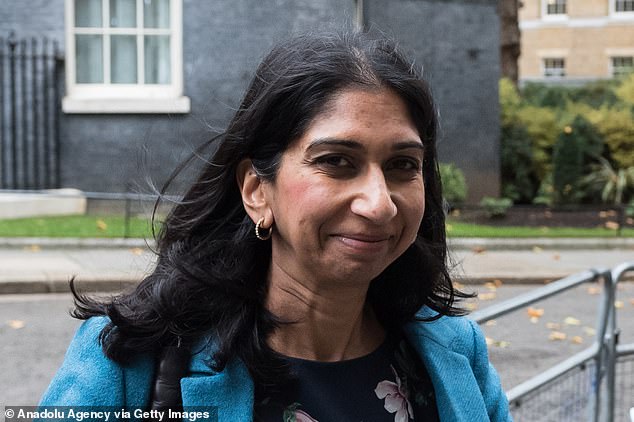 Now The Mail on Sunday has established that when Ms Truss was drafting her letter in response to Ms Braverman’s resignation, the then Prime Minister initially intended to describe her actions as an ‘honest mistake’.

But members of No 10’s Proprietary and Ethics Team removed the term because, according to a source, ‘they didn’t think she had been honest’.

While these discussions over the wording were being held, Ms Braverman dropped her incendiary letter in which she suggested Ms Truss take responsibility and resign.

The revelation comes amid claims that officials burst into tears when Ms Braverman’s reappointment was announced, with some asking to move departments. Members of her close protection team are also said to have requested transfers.

Staff in the Home Office are said to have called her a ‘headbanger’ because of her hardline stance on immigration.

Ms Braverman recently blocked Channel migrants from being moved out of an ‘overcrowded’ detention centre against legal advice from officials and junior Ministers.

There are also suggestions that the Home Office is planning to cut the amount that migrants receive, which is currently set at £40.85 per person per week.

Labour will attempt to force the Government to share security and risk assessments related to Ms Braverman in a vote in Parliament this week.

Reconstruction of hiker Esther Dingley's disappearance in the Pyrenees