Prague: Elon Musk is drawing the wrath of Ukrainians from the president down for Twitter posts urging Ukraine to seek a negotiated solution to the invasion by Russia and to cede Crimea for good.

The Tesla CEO also launched a Twitter poll asking citizens of occupied areas of eastern Ukraine recently annexed by Russia — plus Crimea, which Moscow took in 2014 — to decide if they want to live in Russia or Ukraine. 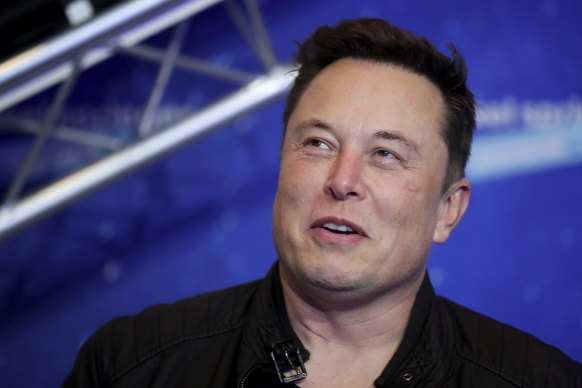 Tesla and SpaceX CEO Elon Musk has some ideas about peace in Ukraine.Credit:AP

The survey comes as Ukraine, Europe and the US denounce President Vladimir Putin’s move to annex four regions and declare them Russian territory.

In another post, Musk called for the sham referendums conducted by Russia in occupied areas — which led to Putin authorising their annexation — to be redone under UN supervision. He also said Crimea should be formally part of Russia. On Ukraine, he said it should “remain neutral”.

The reaction from Ukraine was immediate. President Volodymyr Zelensky responded by posting his own poll to Twitter asking his followers if they preferred an Elon Musk who supports Ukraine….or Russia.

Mykhailo Podolyak, an adviser to the Ukrainian president’s chief of staff, responded there was “a better peace plan” already that included the liberation of territory, including Crimea.

Since the early days of the war, Musk has provided Starlink dishes to Ukraine, a network that has proved crucial in supporting infrastructure across Ukraine as it counters disinformation from Russia.

The uproar comes as a Ukrainian counteroffensive picks up speed in the south, after its forces regained towns in the north and east occupied by Russia.

Ukraine is under increasing pressure to reclaim territory before the arrival of winter and newly mobilised Russian troops makes progress more difficult and costly.