Tributes have poured in from ‘devastated’ family members and friends after an experienced climber died in a tragic accident on Ben Nevis.

Rob Brown, 33, who lived in Fort William, Highland, was enjoying a day out climbing the North Face of Scotland’s highest mountain on July 29 when the freak accident occurred.

His father Martin Brown paid tribute to his late son. ‘This is so hard – I am so proud of my wonderful son,’ he said on Facebook.

Mr Brown’s body and belongings were retrieved from the mountain by members of the Lochaber Mountain Rescue Team.

The experienced climber’s loved ones have revealed that the tragic death could not have been prevented and his death was ‘quick and pain free’.

Tributes have since poured in from friends and loved ones for Mr Brown who owned a Ben Nevis tour guide company.

A statement about Mr Brown’s death was posted on his Facebook page on Wednesday. 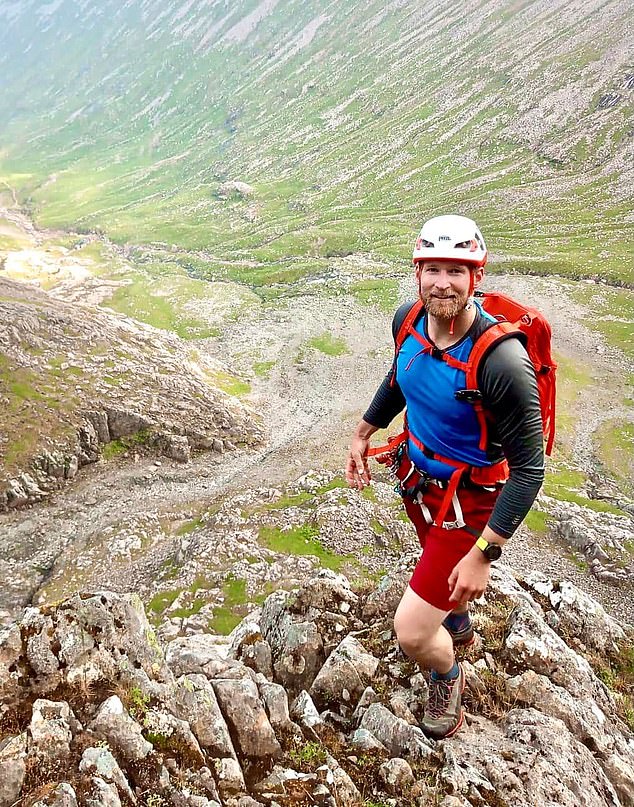 Experienced climber Rob Brown, 33, tragically died on Ben Nevis in a freak accident which loved ones say could not have been prevented 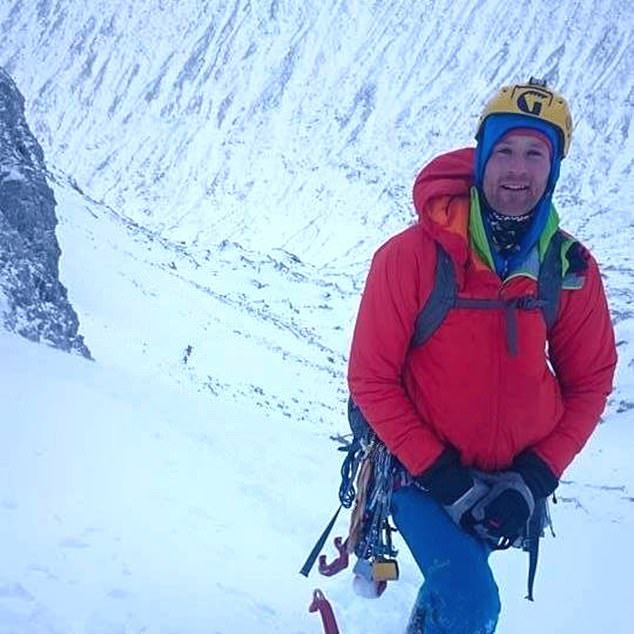 Mr Brown was originally from Cambridge but was living in Fort William, Highland before his death

Tributes have poured in for the late Mr Brown, with his father Martin Brown saying, ‘This is so hard – I am so proud of my wonderful son’

It said: ‘On Friday 29th July 2022 we lost Rob to a climbing accident on the North Face of Ben Nevis.

‘It was a beautiful day and he was excited to enjoy it in the mountains, as he always loved doing with his free time.

‘Anyone that knows Rob knows he is experienced, calm, confident and not a risk-taker on the hill and Friday was no different.

‘It was a tragic accident that couldn’t have been prevented and we want everyone to know it was quick and painless for him. He left us whilst having a great day out and was happy and content with his life.

‘We are all absolutely heartbroken and devastated that he has had to leave us when he had so much more life left to give and with such an exciting future ahead.

‘We are grateful for everyone that has reached out to us so far – to help and support us in so many ways – whilst we navigate the unimaginable..’

It continued: ‘Thank you to the Lochaber Mountain Rescue Team members who helped retrieve Rob and his belongings.

‘Many of whom knew Rob personally and we are so grateful.

‘We would like to host a celebration of Rob’s life in the next few weeks and will share plans and a date when we can.

‘It would mean the world to all of us if you knew Rob and could join, to help share your memories and stories of him.’ 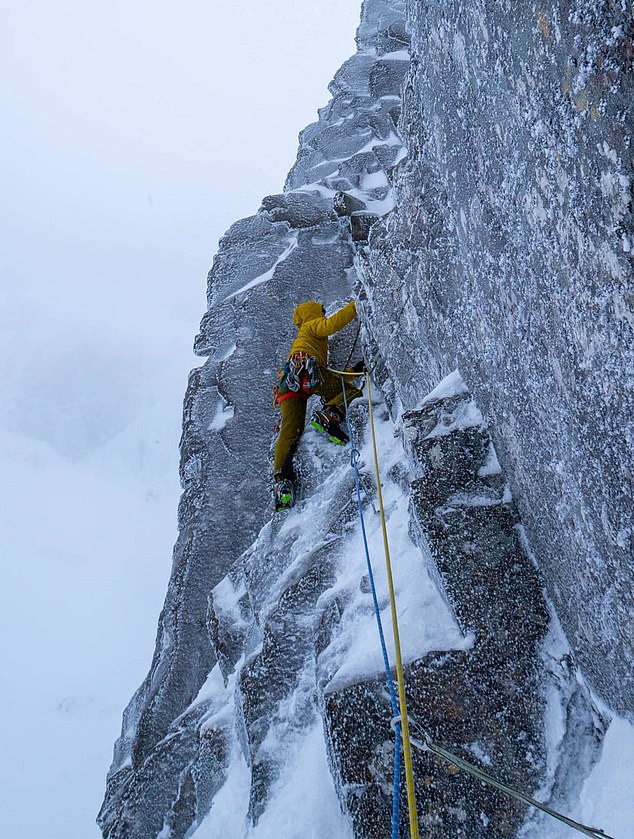 Friends also paid tribute to Mr Brown, who owned a Ben Nevis tour guide company. Close friend Craig McDonald described him as ‘one of a kind’ and ‘much loved’

The post was inundated with messages from friends and devastated family members. Si Cherrett said: ‘Such sad, sad news. An amazing man, a true gentleman.

‘My sincere condolences to his family and everyone who ever had the pleasure to have met him.’

Meanwhile Craig McDonald paid tribute to his ‘one of a kind’ close friend. He said: ‘Absolutely heartbroken to lose such a colourful, amazing and much loved friend.

‘He was one of the funniest, most inspiring people I ever met and I am devastated for his family, Eilidh and the many, many friends he leaves behind. Slàinte Rob, you really were one of a kind.’

Malcolm Airey also paid tribute to the late climber. ‘Such awful news. Rob was one of the kindest, selfless, level-headed, and friendliest people I’ve met,’ he said.

‘A hole in the Fort William community which can never be filled.

‘Thoughts are with Eilidh, his family, friends, climbing partner that day, and the rescue team.

A Police Scotland spokeswoman said: ‘At around 11.15am on Friday, 29 July, we received a report of a man having fallen at Zero Gully, Ben Nevis.

‘Following a mountain rescue, the body of a 33-year-old man was recovered. There are no suspicious circumstances surrounding the death.

‘A report has been submitted to the Procurator Fiscal.’

I collapsed when I saw crying baby on murdered Brit mum’s body – that image will haunt me forever, says Greek cop