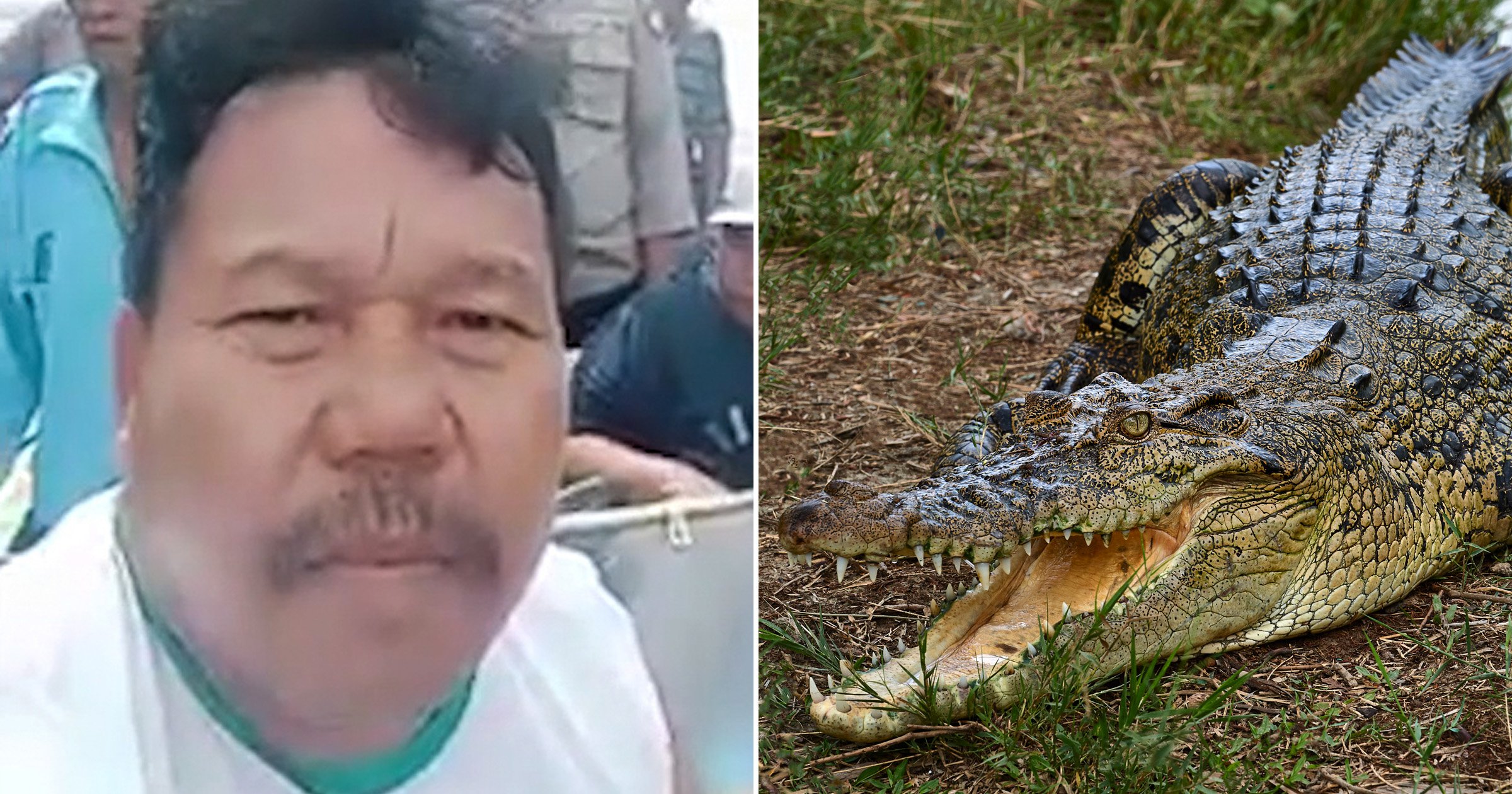 A devastated group in Indonesia saw their friend dragged underwater by a crocodile before they found his half-eaten body the following day.

The victim, named only as Kamaruddin, 37, never resurfaced after diving into the Lop River in North Penajam Paser Regency in East Kalimantan.

A frantic search was launched, with his family scouring the river on motorboats for any trace of him.

His friends feared the worst after seeing the croc target him on June 14.

There were no signs of Kamaruddin until the next day, when one local smelled a foul scent wafting through the air.

His dead body was discovered on Wednesday evening.

Marjani, head of the Regional Disaster Management Agency of North Penajam Paser, said: ‘The victim was found by his family, who did an independent search.

‘He was found on Wednesday June 15 evening at around 11.30pm local time. The body has been retrieved and turned over to the family for burial.’

People living in the area have been warned to be vigilant around the river following the tragedy.

It comes after a teenage British backpacker said she was ‘very, very lucky to be alive’ after being attacked by a crocodile on the Zambezi River in Zambia last year.

She was saved by brave friends who dived into the water after her and punched the croc on the nose until it let go of her.

It has been previously estimated that 1,000 people are killed by crocodiles a year.

The animals don’t necessarily set out to hunt humans, but they are opportunistic killers.

Family's tribute to 'much-loved son', 16, knifed to death on street