Father, 57, drugged his family before fatally stabbing his wife more than 60 times in her bed and killing both himself and their two young sons at Beachy Head

A father drugged his two sons after stabbing their mother to death in her bed, an inquest has heard.

Laura Cecilia Navarrete De Figueira, 47, was found with stab wounds at her home in south-west London at around 6pm on March 5 2018.

The bodies of her two young sons, Claudio, 10, and Joaquin, seven, as well as her husband Adelino Gabriel Figueira de Faria, 57, were found at Beachy Head, just one hour earlier.

Today West London Coroner’s Court heard that traces of a sedative which should only be prescribed to adults, had been present in both children and their mother. 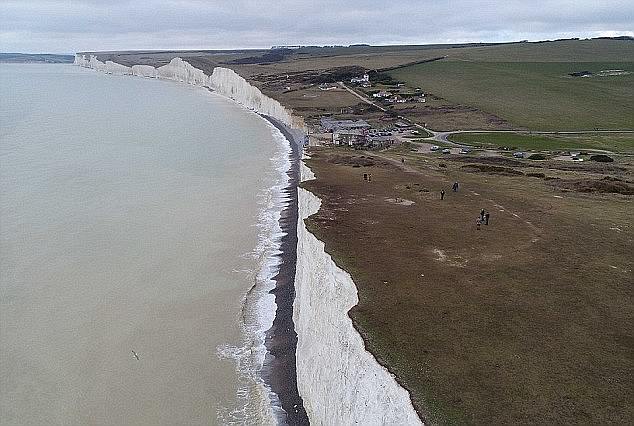 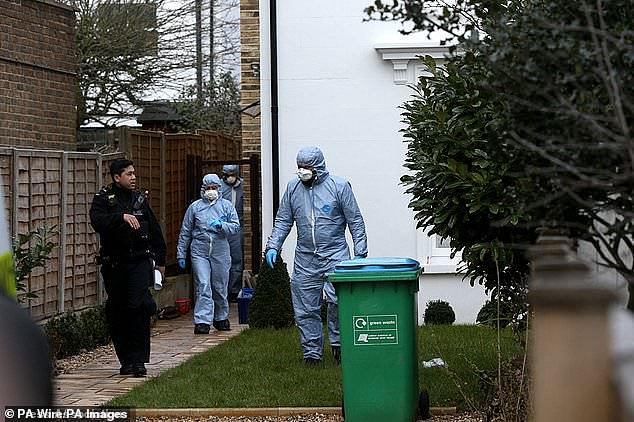 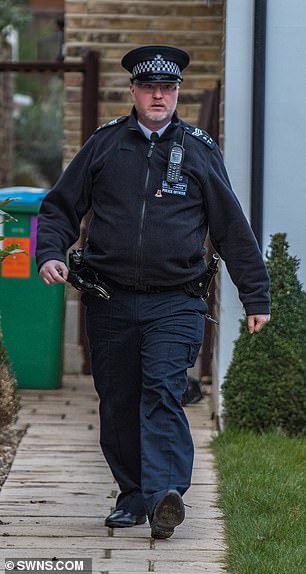 Forensic pathologist Charlotte Randall said the drug was found in both of the ‘previously fit and healthy boys’.

She added that it was not possible to say whether or not the boys had jumped, had fallen from the cliff, or had been pushed more that 200ft above where their bodies were found.

One witness, who had been walking her dogs on the afternoon of March 5, said she had seen a male figure holding the hands of two young boys as they walked away from her.

In a statement read by coroner Sean Cummings, Judith Wells said: ‘They seemed to be walking very slowly, almost plodding along.

‘The children looked tired, they were walking in a reluctant manner – not the way you would expect a child to walk unless they were tired.’

She added: ‘The three of them were walking very slowly up the hill and I remember thinking that the children did not look like they were having a lot of fun.’

A photographer later discovered the bodies of the father and his sons, as he descended the hill.

It comes as an inquest heard yesterday that a bereavement counsellor with mental health problems killed both herself and her son amid a family court custody battle at the same beach. 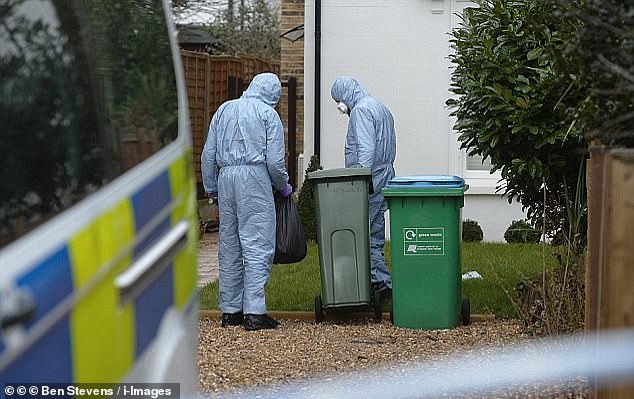 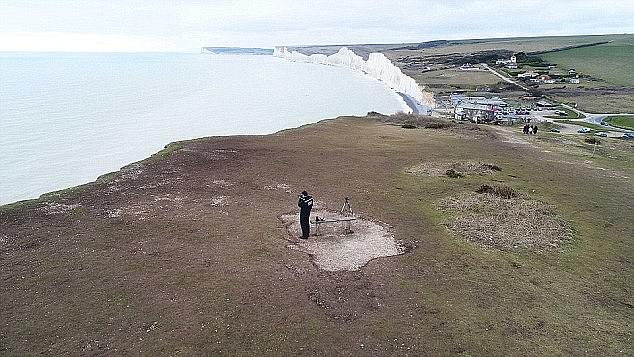 The bodies of Cheryl and Leo Tompsett, five, were found at Beachy Head near Eastbourne on June 18 last year

The bodies of Cheryl and Leo Tompsett, five, were found at Beachy Head near Eastbourne on June 18 last year.

The inquest today was told that the boys’ mother, Mrs Figueira, was killed in her bed either late on March 4 or early on March 5.

Officers at the family home in Twickenham discovered the body in the master bedroom. She had been lying on her back on the bed and a large amount of blood had been around her neck and chest.

Wounds on her hands and fingers suggested she had attempted to fight back, although it was not clear if the attack happened when she was awake.

Bloodstained clothes and a knife, which had been put through a dishwasher cycle and may have been the weapon, were later discovered at the house, the inquest was told. 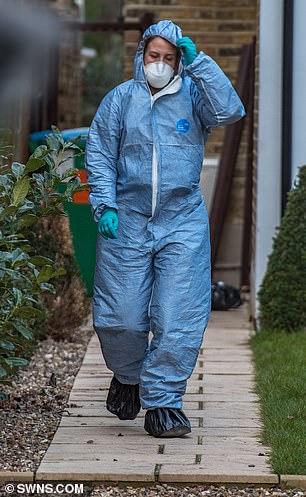 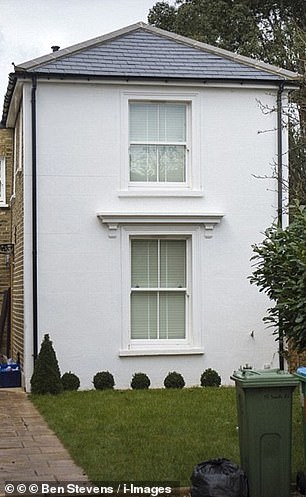 Quoting from a post-mortem report from consultant forensic pathologist Dr Olaf Biedrzycki, Mr Cummings said that injuries at this point could be considered as indication of so-called defensive wounds.

‘For at least the initial part of the attack, the deceased was awake and alert as the attack occurred and made attempts to defend herself.’

Mrs Figueira suffered more than 60 wounds and Detective Sergeant Matt Flynn, leading the investigation for the Metropolitan Police, said the evidence showed the involvement of Mr Figueira de Faria in her murder and there was no evidence of a pact.

The coroner ruled that all three members of the family were killed unlawfully, calling the attack on Mrs Figueira ‘particularly savage and brutal’.

A separate inquest was then opened for Mr Figueira de Faria.

Notes were found on the downstairs dining room table which revealed his despair and anguish with the world, while acquaintances recalled that he had seemed depressed leading up to his death.

There was no evidence that the couple, who moved to London in November 2015 from Venezuela, had worked during their time in the UK, he said, adding that their rental tenancy was due to be imminently renewed.

He agreed that the family had potentially reached a ‘pinch-point’ in their finances, but said they could not find one specific reason for what had taken place.

The boys were said to be happy and popular children, and there was no concern for their welfare.

Mr Cummings added that the deaths of the boys and their mother were an ‘inexplicable puzzle’.

Concluding that Mr Figueira de Faria died by suicide, Mr Cummings said: ‘This is a terribly sad case and I think DS Flynn put it very well when he said that Adelino simply could not see a way forward, and the family have my sincere condolences.’