The church bells in Maranello, Italy, are ringing — and not because of a Ferrari (RACE) win on track. A new member of the stable has arrived.

This afternoon, Italian sports and luxury carmaker Ferrari took the wraps off its latest creation — the Purosangue. It is Ferrari’s first ever four-door, four-seater car — but just don’t call it an SUV.

“To enable the company to achieve the ambitious goals set for this project and create a car worthy of a place in its range, a completely different layout and innovative proportions compared to modern GT archetypes (so-called crossovers and SUVs) were adopted,” Ferrari said of the new car. 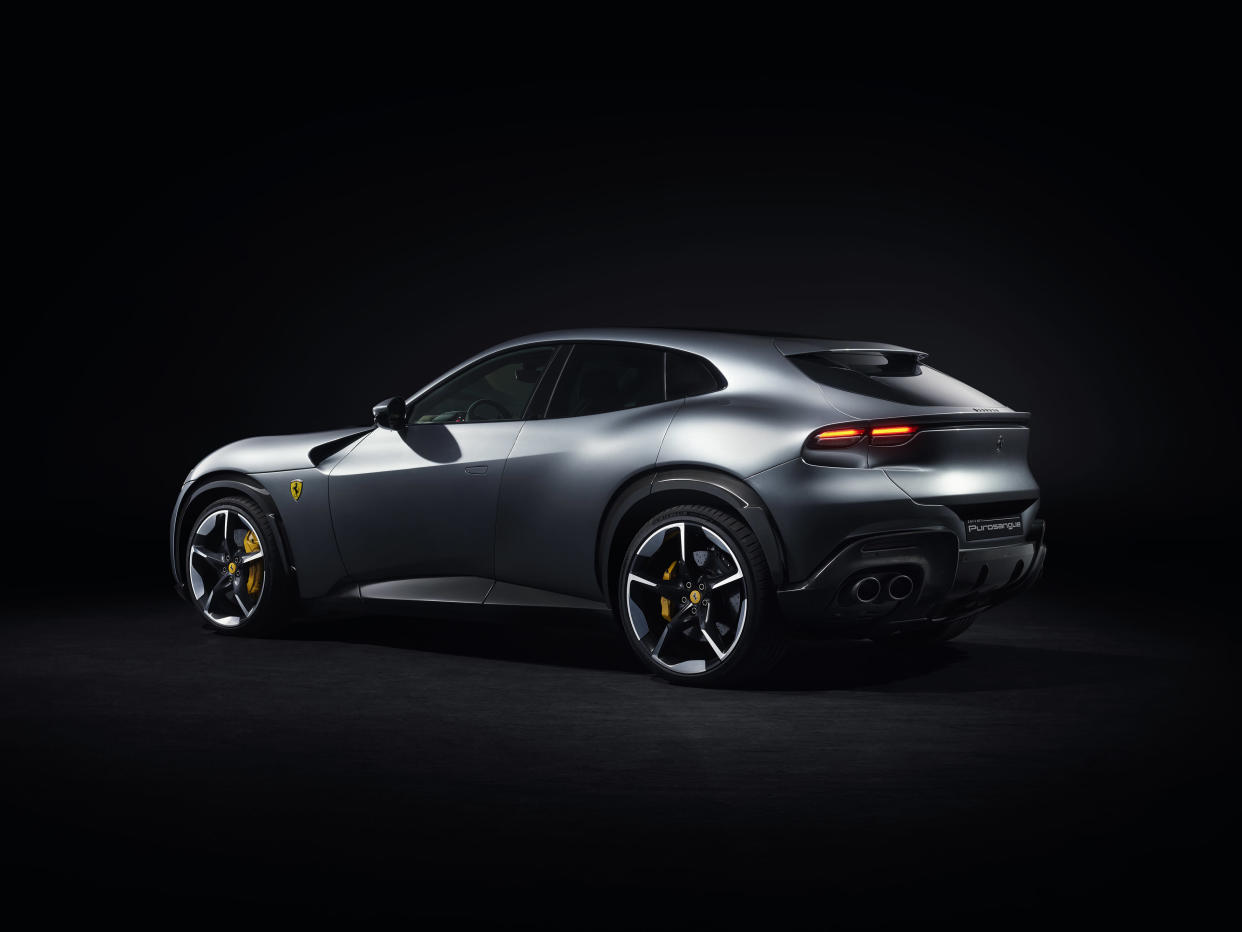 Regardless of what Ferrari says, the Purosangue, Italian for “thoroughbred,” has cross-over or SUV-like proportions, though it is also very unique in its design. Though it sits higher than a traditional car or sedan, the Purosangue’s monstrous 6.5L V-12 sits “mid-front-mounted” under the hood, further aft of the front axle, with its transmission at the rear for a transaxle layout. The 4×4 system, dubbed the Power Transfer Unit (PTU), is actually located in front of the engine.

All told, the Purosangue’s V-12 creates 715 cv, or around 715 hp driven to all-four wheels, resulting in a 0-62 mph run of 3.3 seconds. It also sports an 8-speed dual-clutch transmission, new active suspension system, and four-wheel steering. 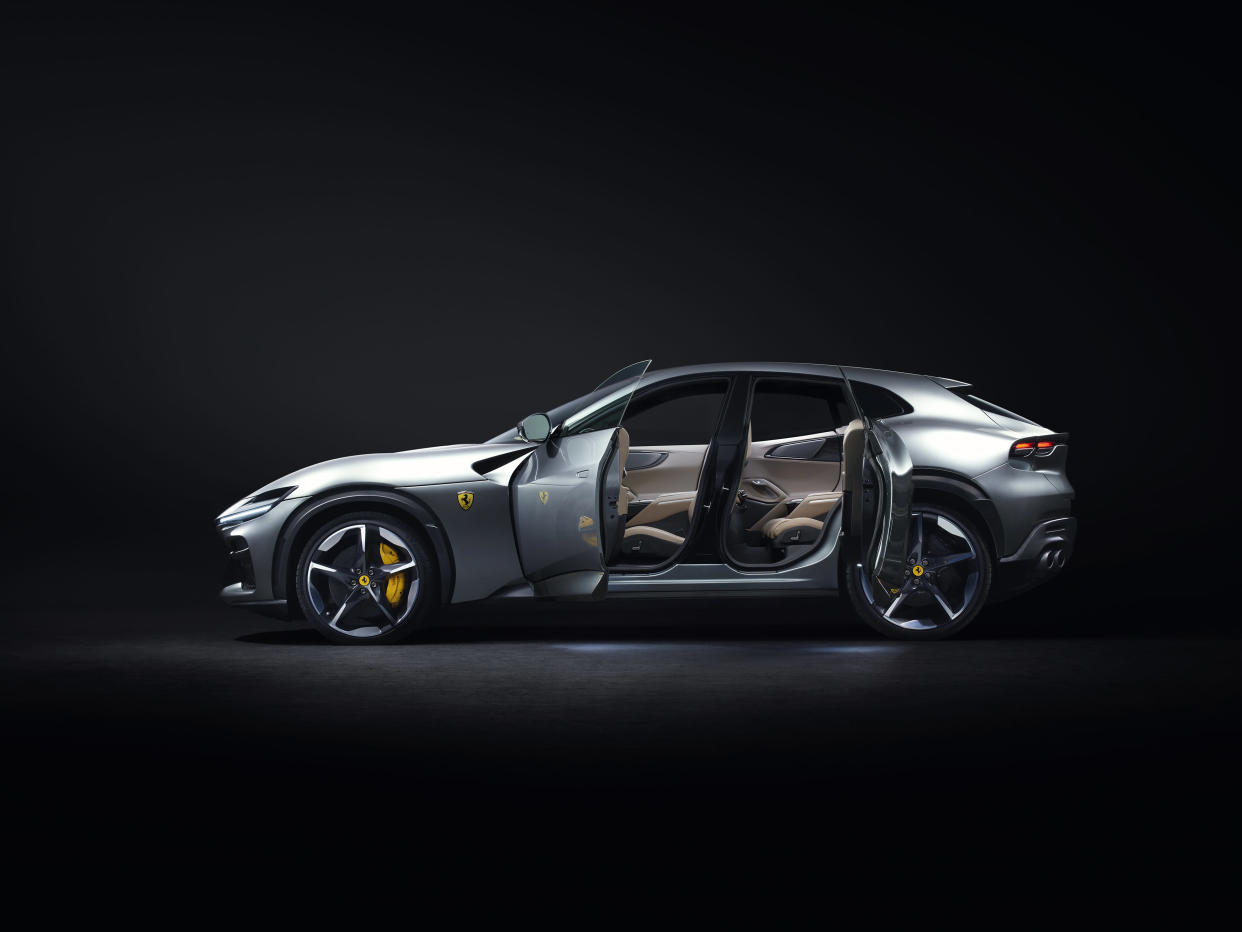 Design-wise the Purosangue almost looks like a larger Roma coupe, with a similar low-slung appearance and long hood, flowing back to an almost teardrop shaped cabin with wide rear-arches. Also new to this Ferrari are rear-hinged back doors, which Ferrari calls “welcome” doors, like Rolls-Royce with its coach doors.

While the Purosangue looks the part of a Ferrari and will likely bring in new buyers (if Ferrari allows it) if not be its top seller, for investors and analysts covering Ferrari the concern is the company is still behind in its revamp.

While Lamborghini (VOW.DE) has unveiled its Cor Tauri electrification gameplan and has had its Urus SUV out for a few years now, Ferrari won’t unveil a pure EV until 2025, and the Purosangue is still a year out from hitting showrooms (Ferrari says Q4 2023 for North America). Other competitors like Aston Martin (AML.L), Rolls-Royce (BMW.DE), and Bentley have had SUVs out for a couple years now, and Rolls-Royce and Bentley in particular are pushing hard into their respective EV transformations. 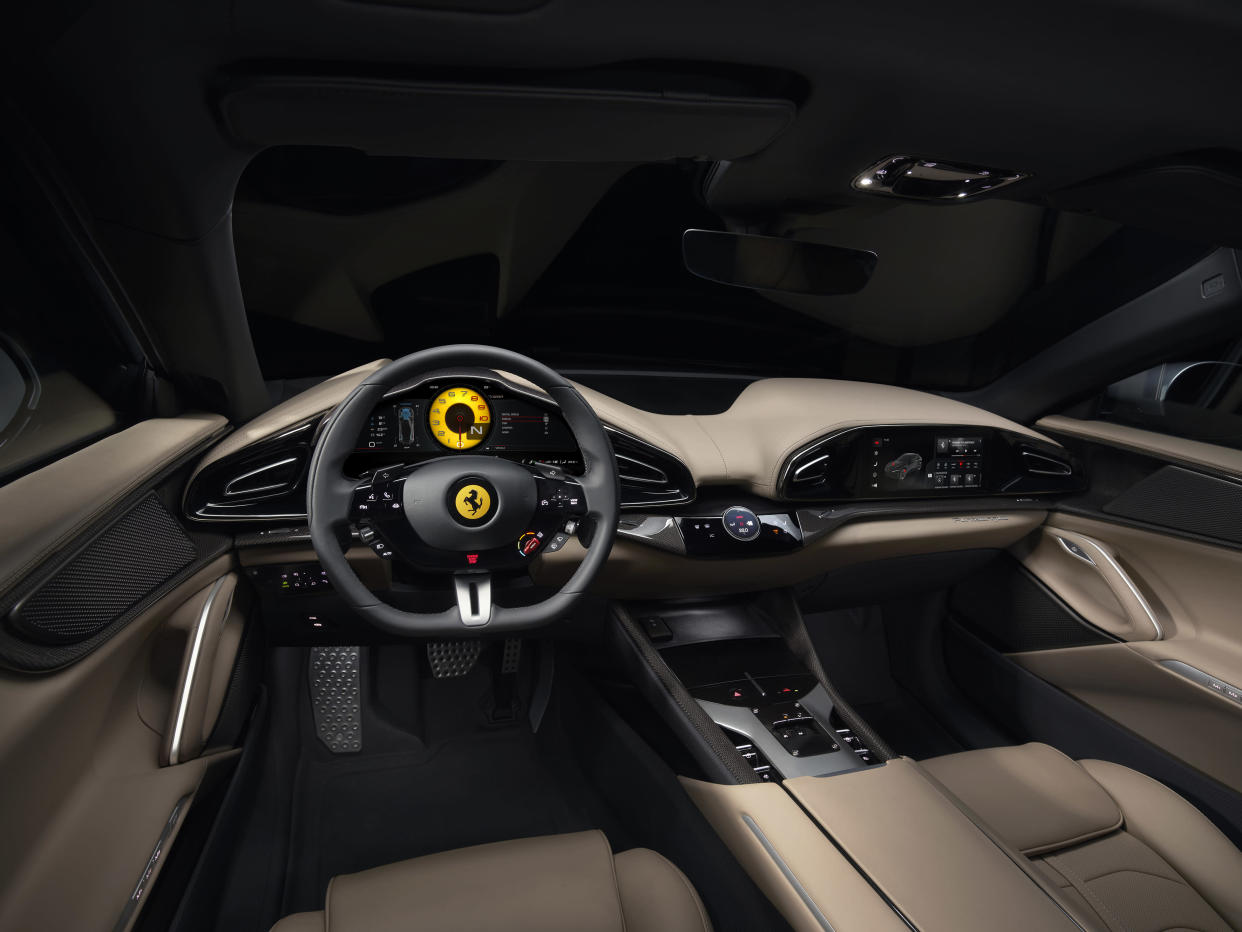 It’s possible the Purosangue may sport a plug-hybrid system at some point, as Ferrari says 60% of its product portfolio will be hybrid or full EV by 2026. The company has experience with hybrid technology from its Formula 1 race team, which sees this technology incorporated in its 296 sports car and SF90 supercar.

Ferrari is coming off another record quarter for sales, with a full order book of new sales in the pipeline. Luxury automakers like Rolls-Royce, Lamborghini and Audi report insatiable demand for their products, even at the highest end.