Birmingham City fans had the highest number of banning orders – imposed by a court to prevent troublemakers attending games – with 57, followed by Millwall (52) and Bolton Wanderers (46), Home Office figures showed.

Home Office minister Jeremy Quin said: ‘It is unacceptable that the game we all love is tarnished by a minority of selfish troublemakers. 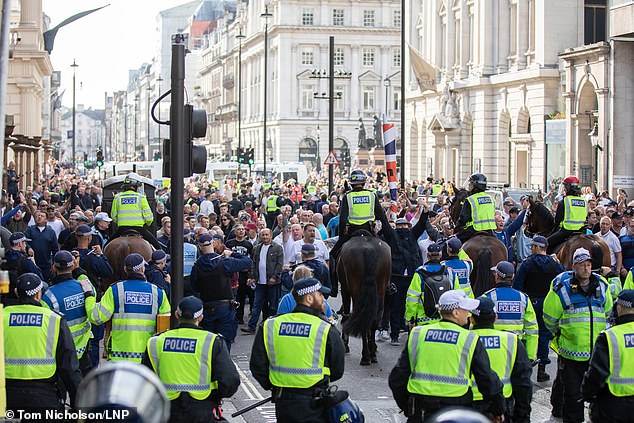 ‘The increase in football-related arrests shows that police are taking firm action to stop this disorder and preserve the enjoyment of the game for fans and families.’

The Home Office extended the scope of football banning orders to cover online hate crimes from the beginning of July this year.

It will allow banning orders to be imposed on thugs who commit football-related racist or homophobic attacks on social media, for example.

The National Police Chiefs’ Council’s football policing spokesman, Chief Constable Mark Roberts, said: ‘Disorder is a problem that has not gone away, and throughout the whole of last season we saw an increase in crime at football matches across the country – from the Premier League right down to the National League.’

He added: ‘Anyone who commits a criminal offence either outside or inside a football ground can expect to face the consequences of their actions.

‘The increase in arrests demonstrates that the police are taking positive action, working closely with the Crown Prosecution Service. 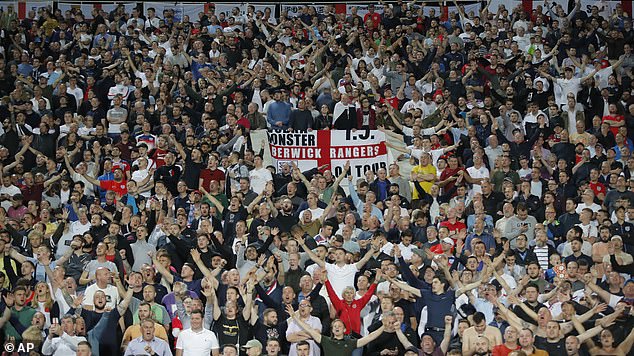 ‘We collectively need to make football a safe environment for the overwhelming majority of supporters who just want to enjoy the game.’

Initial data compiled by police for the 2021-22 season showed there were 74 online incidents that potentially passed legal thresholds for the online hate crime measures. Online incidents will be included in next year’s data.

Ministers have also announced that banning orders will be extended to football-related drug use.

Anyone caught in possession of Class A drugs – or supplying it – in connection with football could be banned from attending matches for five years.

They could also have their passports removed, meaning they will be unable to travel to overseas fixtures.

Chelsea mansion goes up for sale for £50million