CANBERRA, Tuesday – Moving tributes were paid to the late Mr. W. M. Hughes in the Senate and House of Representatives today before both Houses adjourned until tomorrow as a mark of respect. 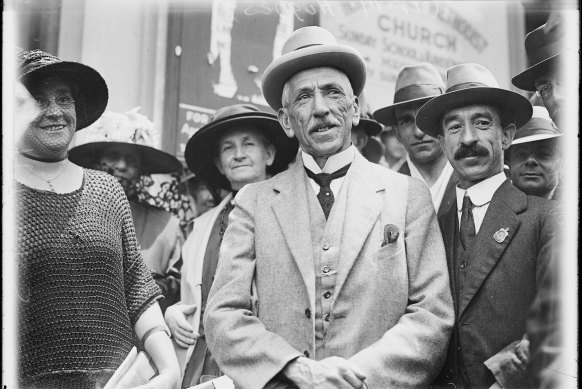 Prime Minister Billy Hughes standing with a crowd in Sydney on his return from the Paris Peace Conference in 1919.Credit:The Age Archives

“I find it most difficult to realise that this is the first day in the history of the Federal Parliament in which William Morris Hughes has not sat as a member,” the Prime Minister, (Mr. Menzies) said in the House of Representatives.

Members of both Houses, with heads bowed in silence, carried motions expressing deep regret at the death of Mr. Hughes and tendering sympathy to his widow and family. The public galleries of the House of Representatives were crowded to overflowing. Announcing the death of Mr. Hughes in the House, Mr, Menzies said it was very seldom it could truthfully be said that a man was as well-known outside his own country as inside it.

“But I think,” he said, “it can be said that William Morris Hughes was as well-known outside Australia as inside Australia.

“He represented our country at the Versailles peace conference in 1919, and it will never be forgotten that at that conference he conducted a magnificent and successful battle for Australia to have a mandate over New Guinea, a matter which has proved historically significant. 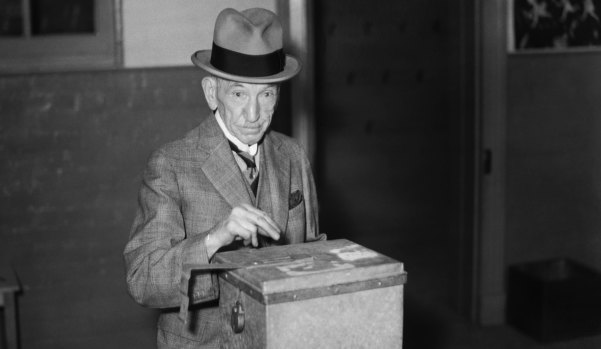 “With the late Sir Joseph Cook, he signed the peace treaty of Versailles for Australia.

“I am a little comforted to remember – and I am sure all members are – that only a few days ago while he was with us, we did honor to our most distinguished friend and colleague in this House (Hear, hears.)

“It will always comfort me to know that while he was still with us, and in possession of all his breezy, witty and devastating characteristics, in this building we sat down at dinner with him and honored him from our hearts on his birthday. 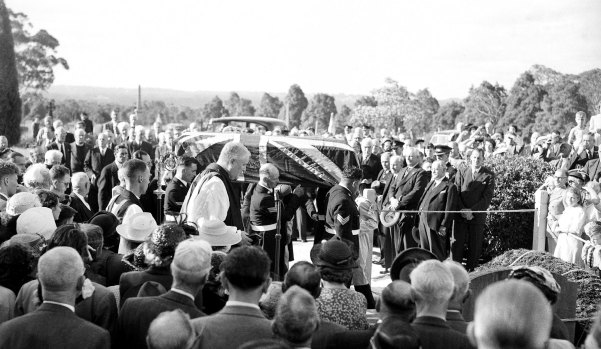 “I am glad we had our opportunity of saying things about him while he was alive.

“The other thing I would like to say about him is the most remarkable duality about his career.

“Here was a man born and bred in Wales, who became the most distinguished Australian of his time.

“Here was a man who, beginning his industrial career as what we should now call a militant unionist, became one of the greatest champions of constitutionalism in the industrial field.

“Here was a man who was beyond question one of the great founders of the modern Labor party, who lived long enough to find himself the leader, and, indeed, the Prime Minister, in a camp opposite to which the Labor party sat.

“Here is a man who, in World War I, was Prime Minister of Australia, and who, by his voice and spirit and fire, shook the whole of Great Britain in the darkest hours of that war.

“He was a little man, a wisp of a man, who had the most tremendous personality, able to assert himself over vast multitudes of people. He did it.

“If you agreed with him or did not, and it would be perfectly easy to do both, you knew he had a patriotism and a fire, an eloquence, and a pungent wit which I have seldom seen equalled and never seen surpassed.”

Mr. Menzies said every member of the House knew, and had a great affection for, Dame Mary Hughes, and all would wish that he, as Prime Minister, should convey to her on behalf of the Parliament every member’s warm good will and deep sympathy on the occasion which to her, as to all members, must seem like the closing of an epoch.

Mr. Menzies then moved the motion expressing the regret and sympathy of the House.