More than HALF of pharmacists think patients have been put at risk due to medicine shortages, survey reveals

Pharmacists have sounded the alarm over medicine shortages, with half believing patients have been put at risk, according to a survey.

A poll of 1,562 UK pharmacists for the Pharmaceutical Journal found that more than half (54 per cent) believed patients had been put at risk in the last six months due to shortages.

Some patients have been facing difficulties accessing some medicines in recent months, sometimes having to go to multiple pharmacies to find their prescription or needing to go back to their GP to be prescribed an alternative drug.

The problem came to the fore when shortages of hormone replacement therapy drugs led to an outcry earlier this year.

Since June, the Government has issued a number of ‘medicine supply notifications’, which highlight shortages.

Some of these include: pain relief drugs used in childbirth; mouth ulcer medication; migraine treatment; an antihistamine; a drug used among prostate cancer and endomitosis patients; an antipsychotic drug used among bipolar disorder and schizophrenia patients; a type of inhaler and a certain brand of insulin. 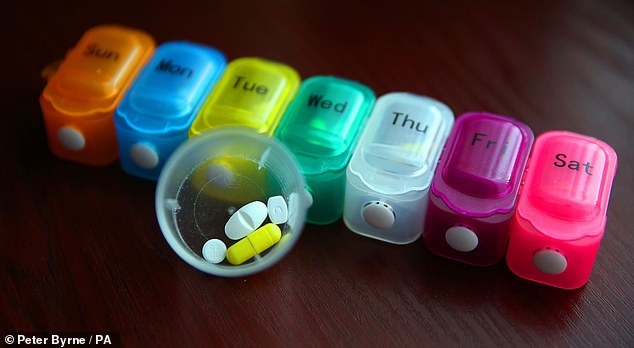 Since June, the Government has issued a number of ‘medicine supply notifications’, which highlight shortages

The Pharmaceutical Journal also reported that on August 3, ministers urged hospitals to ‘conserve stock’ of an anticlotting drug used to treat strokes.

Some pharmacists have expressed concerns about switching patients on certain medication to alternatives.

Community pharmacists told the Pharmaceutical Journal in August that shortages of the osteoporosis medicine alendronic acid were contributing to medication errors when alternatives were prescribed.

The journal reported that talks have begun with pharmacy leaders and the Government about ways to ease the shortages. 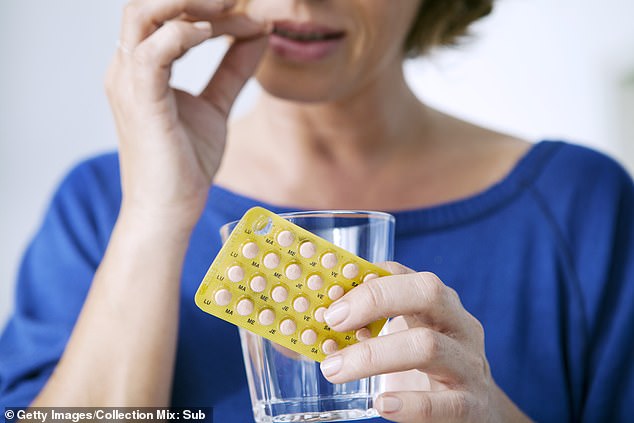 A pharmacist at a children’s hospital in England said that problems with variable supply of nutritional products was putting patients at risk.

‘We had to ration it, and this has potentially put patients at risk of vitamin deficiencies,’ she said.

Another hospital pharmacist raised concerns about drugs being unavailable at the end of a patient’s life.

They told the journal: ‘There was no alternative for one patient who had to deal with an additional symptom in his last days of life due to lack of available treatment.’

Mike Dent, director of pharmacy funding at the Pharmaceutical Services Negotiating Committee, told the journal: ‘We are becoming increasingly concerned about medicine supply issues and the very serious impact this is having on both community pharmacy teams and their patients.’

A Department of Health and Social Care spokesperson said: ‘We take patient safety extremely seriously and we routinely share information about medicine supply issues directly with the NHS so they can put plans in place to reduce the risk of any shortage impacting patients, including offering alternative medication.

‘We have well-established procedures to deal with medicine shortages and work closely with industry, the NHS and others to prevent shortages and resolve any issues as soon as possible.’

Texas teen accused of fatally stabbing his mom during feud

Is this the first photo of the secret Great White Bat stealth drone?