Swimming pool and hot tub owners who use lots of water could be charged a premium, Ofwat has suggested.

Householders could also be charged more for water in the summer and less in the winter, the regulator said.

It suggested the radical shift could help conserve water supplies when demand is high in the summer months.

Ofwat announced the idea of seasonal charging yesterday, saying that it might help customers struggling with the cost of living squeeze because they would pay less in the winter.

But the corollary of that is that charges to use water would go up in the summer, when supplies are under threat.

Ofwat said it is calling on water companies ‘to trial creative and targeted ways in calculating customers’ charges’.

It said: ‘Currently, customers’ bills are set on a flat standard amount based on their type of property, or on flat rate based on their use as measured by a water meter. 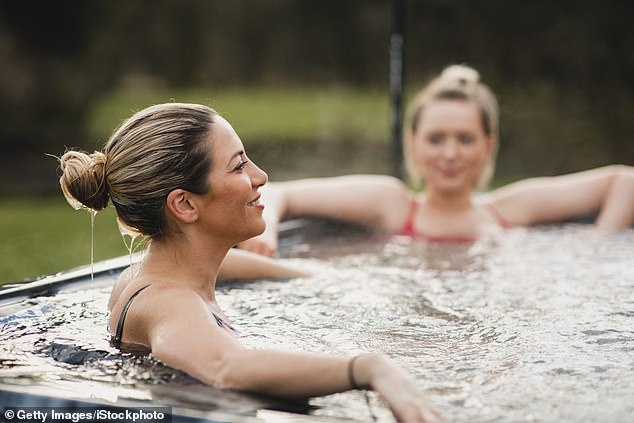 ‘Some of the ideas the regulator is asking companies to consider could include seasonal charging to help lower water bills in the winter when energy costs are higher, or if bills might be reduced for homes with water butts and permeable driveways which can help to reduce the risk of flooding and pollution to our rivers.’

It added: ‘Similarly, customers who use a lot of water, for example those with swimming pools, hot tubs or large-scale sprinkler systems, could be charged a premium for very high use, particularly at times when water is scarce.

‘These changes could also help to encourage water efficiency by reducing overall water use.’

Ofwat chief executive David Black said: ‘We are very aware of the impact of the rising cost of living and we want to see the water sector become more active, assertive and inventive to support customers who are struggling to make ends meet.’