Daishiro Yamagiwa’s resignation on Monday is a further blow to Prime Minister Fumio Kishida’s government, which has been rocked by his party’s close ties to the controversial South Korean-based church following the assassination of former leader Shinzo Abe in July. 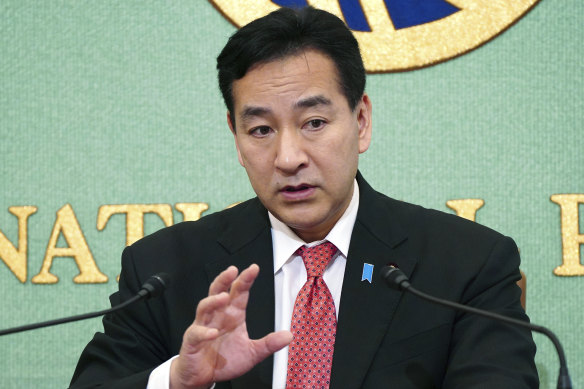 Yamagiwa faced opposition lawmakers’ growing demands for his resignation after he repeatedly said he did not remember his past attendance at church meetings during overseas trips and posing for group photos with church leader Hak Ja Han Moon and other executives.

Kishida said Goto is a veteran politician who is “highly capable of giving explanation” and has “passion” for economic and social reforms. Kishida said he expected him to play a central role in coordinating and achieving key policy goals, including a major economic package that Kishida plans to announce later this week. 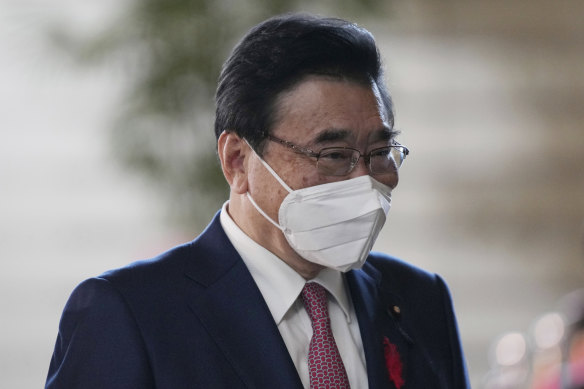 The Kishida government’s support ratings have nosedived over his handling of the scandal and for holding a highly unusual state funeral for Abe, one of Japan’s most divisive leaders who is now seen as a key link between the governing Liberal Democratic Party and the church. Abe sent a video message in 2021 praising Hak Ja Han Moon at a meeting of the church affiliate the Universal Peace Federation.

Since the 1980s, the church has faced accusations of devious business and recruitment tactics, including brainwashing members into turning over huge portions of their salaries to it.

“I just submitted my resignation” to Kishida, Yamagiwa told reporters Monday. He said he routinely discards documents and therefore could not clearly verify past contacts with the church and only provided explanations after reports of his past church ties surfaced.

“As a result, I ended up causing trouble to the administration,” Yamagiwa said. “I attended the church’s meetings a number of times and that provided credibility to the group, and I deeply regret that.” He pledged to stay away from the church in the future.

A governing party survey in September found nearly half of its about 400 lawmakers had ties to the church, including Cabinet ministers, many of whom shared the church’s conservative views and sent messages or attended church meetings, though not as followers of the church theology. Kishida has pledged to cut all such ties, and recently said he instructed the government to probe the church, with the possibility of revoking its legal status.

Media surveys show many Japanese want a clearer explanation of how the church may have influenced party policies.

Kishida said he accepted Yamagiwa’s resignation because “as prime minister, I have to prioritize our work to push forward economic measures, an extra budget and support for victims of the church problems.”

Yamagiwa, who was criticized for clinging to his post and stalling parliamentary sessions because of questioning by opposition lawmakers, was seen as having been forced to quit. He said he has no intention of resigning as a lawmaker because he did not break any law.

Former Prime Minister Abe was shot to death during an outdoor campaign speech in July. The suspect, Tetsuya Yamagami, told police he killed Abe because of his apparent link to a religious group he hated. A letter and social media postings attributed to Yamagami said his mother’s large donations to the Unification Church bankrupted his family and ruined his life.

The group acknowledged there have been cases in which it received “excessive” donations. It says the problems have been mitigated since it adopted stricter compliance measures in 2009 and has pledged further reforms.

The police investigation of Abe’s killing led to revelations of widespread ties between the church and members of the governing party, including Abe, over their shared interests in conservative causes. The case also shed light on the suffering of adherents’ relatives, some of whom say they were forced to join the church or were left in poverty or neglected because of their parents’ devotion.

Many critics consider the church to be a cult because of problems with followers and their families, including financial and mental hardships.

UK weather: Friday could be HOTTEST day of the year so far as temperatures set to be warmer than Barcelona at 33C