Singapore: Australia and Indonesia can build much-needed trust by deepening trade and investment ties that have for too long been underdeveloped, according to one of the south-east Asian nation’s most powerful business figures.

Differences in the security outlooks in Canberra and Jakarta have been exposed by the AUKUS deal, with Indonesia raising concerns about Australia’s plan to acquire nuclear-powered submarines. 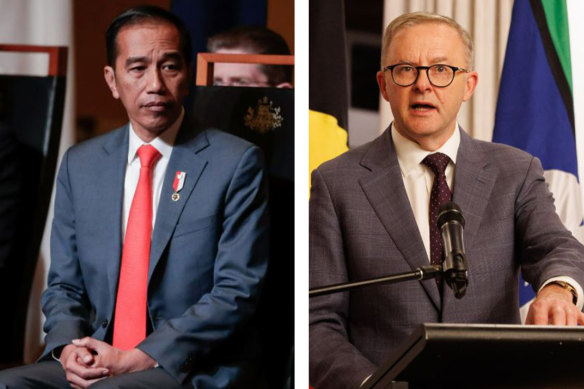 Indonesia’s anxiety also comes amid declining levels of trust in Australia by its South-east Asian neighbour. A poll by the Lowy Institute this year found a third of respondents viewed Australia as a security threat.

But Arsjad Rasjid, the chairman of the powerful Indonesian Chamber of Commerce and Industry, believes strengthening economic links between the countries can help iron out differences that emerge in the bilateral relationship.

“As neighbours, we are very close, but if you look at the numbers … I think we can do a lot more. We take it for granted, the relationship,” he said. “We believe that through trade, through investment, through education … that gives back to the people and this is building trust and confidence between us.”

Rasjid is in Australia this week for meetings with federal Trade Minister Don Farrell, Victoria Premier Daniel Andrews and investors such as Fortescue Metals, Aspen Medical and Sun Cable. He said Australia and Indonesia were not optimising the free trade deal they signed three years ago. 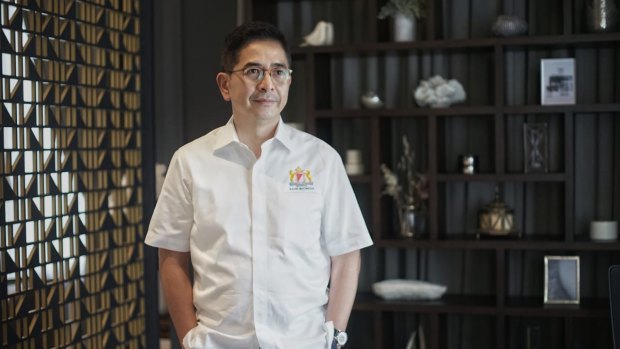 Arsjad Rasjid, the president of Indonesian coal miner Indika Energy and the chairman of the Indonesian Chamber of Commerce and Industry.

Australia and Indonesia are each other’s 13th largest trading partners, with $20 billion in two-way trade, but Indonesia ranks 27th as a destination for Australian foreign investment, well behind the top sources of Singapore, Hong Kong and China.

Albanese admitted during a visit to Jakarta soon after becoming prime minister that economic relations between the nations had “struggled to keep pace with the reality of Indonesia’s extraordinary economic rise”.

Indonesia President Joko Widodo wants the country of 270 million people to reach a “golden age” by 2045 and become the world’s fourth largest economy.

Rasjid, the present of Indonesian coal miner Indika Energy, believes Australia has a big role to play in that rise.

“This is the new Indonesia. We call it Indonesia incorporated,” he said. “Where the government and the private sectors are together.

He said there was great potential for synergies between the two countries in particular with Indonesia’s transition to cleaner energy, on electric vehicles, and as it shifts away from exporting raw materials in an effort to develop downstream industries.

There is also room for growth in the health and medical tourism sectors and in education, he said, following the landmark opening of a Monash University outpost south-west of Jakarta – the first international university to set up a campus in Indonesia.

“We want to see the numbers of China. We want to be in the top five, top 10 [trading partners of Australia] as well as investment,” he said. “We are very ambitious.”

Rasjid also met with agriculture industry figures in Australia, to discuss the foot and mouth disease outbreak in Indonesia that has posed an $80 billion threat to Australia’s cattle industry.

He welcomed the decision by the Albanese government to keep the border between Australia and Indonesia open amid calls for it to be closed to prevent the spread of the livestock disease.

That would have caused a significant dent in relations. “We would not be angry but of course upset,” Rasjid said.

“Indonesia is also a victim of the outbreak. [There has been] a 60 per cent drop in meat production in East Java, a 40 per cent decline overall and losses up to $250 million in seven weeks because of this.”