Singapore: Japanese Prime Minister Fumio Kishida has asked China to immediately stop its military exercises around Taiwan after five missiles flew over the island and landed in the ocean in Japan’s economic zone.

Japan’s entry into the dispute threatens to deepen an already volatile situation and escalate regional military competition in the South China Sea where China has other overlapping territorial claims.

On Friday China’s rocket force hit waters east of Taiwan as its navy launched 10 destroyers in actions labelled “highly provocative” by the Taiwanese Ministry of Defence. 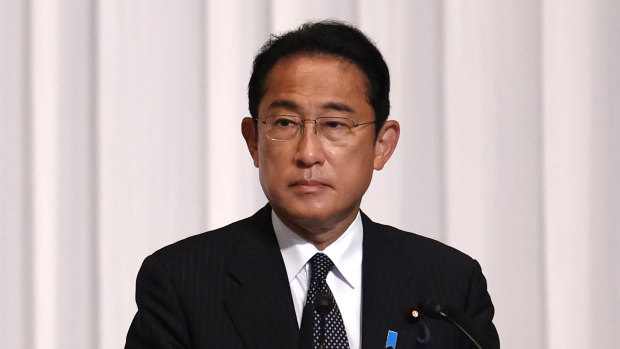 On Thursday 100 warplanes oversaw the drills and harassed Taiwan’s median line, and 22 fighter jets crossed the line that divides democratically governed Taiwan from its superpower neighbour.

“The actions by the Chinese side will have serious consequences for the peace and stability of the region and the international community,” Kishida said in Tokyo on Friday. 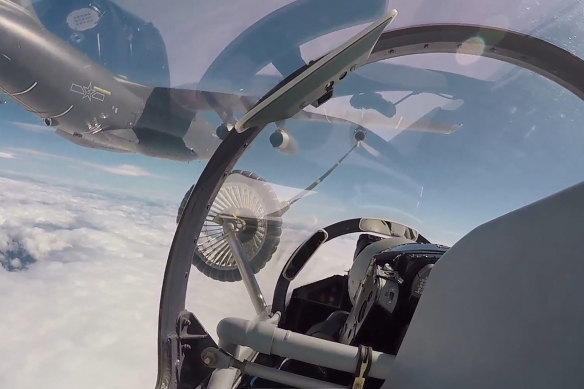 His Ministry of Defence confirmed that at least five Chinese missiles had flown over the self-ruled island, landing in Japan’s exclusive economic zone, an area of the sea that extends beyond the land of Japan’s southernmost islands.

“This is a grave problem affecting the safety of our people,” Defence Minister Nobuo Kishi said on Thursday night.

Japanese retired lieutenant general Koichi Isobe said his country was likely to be “greatly affected” by the expansion of China’s military exercise area, which will put further pressure on US bases in Okinawa and Japan’s base in Yonaguni Island, 110 kilometres north of Taiwan.

“By setting up this exercise area, China was able to get a glimpse of what it would take to blockade Taiwan,” he said.

US House Speaker Nancy Pelosi, whose visit to Taiwan this week triggered the most serious military stand-off in the Taiwan strait since the missile crisis of 1996, accused China of trying to isolate the island.

“They will not isolate Taiwan by preventing us from travelling there,” she said after meeting with Kishida on Friday. “They are not doing our travel itinerary.”

Pelosi’s visit has spurred condemnation from China, which views Taiwan as a renegade province, but sparked a wider push to deepen cooperation between the US and Taiwan.

US Vice Admiral Michael Boyle, the commander of the American Navy’s Pacific Rim (RIMPAC), said he was open to Taiwan joining the world’s largest military exercises if Washington extended an invitation to Taipei.

“When the permission is given, we welcome the opportunity to have Taiwan participate, as we welcome all other like-minded partners that participate in RIMPAC,” he said.

The US earlier accused China of using Pelosi’s trip as a pretext to create a “manufactured crisis” in the region, and said it would continue to station American ships nearby as tensions escalate.

“But here’s the thing: we shouldn’t need to do it,” National Security Adviser John Kirby said. “It shouldn’t come to blows.”

Chinese Foreign Minister Wang Yi accused the US of trampling international laws and undermining peace across the Taiwan Strait by allowing Pelosi’s visit to take place.

“It is a blatant provocation to the Chinese people and the people of peace-loving countries in the region,” he said.

Pelosi’s 18 hours in Taipei and the ensuing military exercises have stirred nationalist sentiment in the mainland as internet users called for the government to do more. A post on the launch of the five missiles over the island had 43.7 million views on Weibo, China’s version of Twitter. 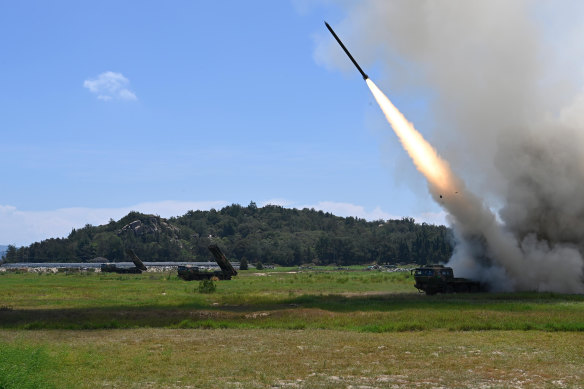 In this photo released by China’s Xinhua News Agency, a projectile is launched from an unspecified location in China during long-range live-fire drills on Thursday. Credit:Xinhua

One of China’s most influential political commentators, Ren Yi, better known as Chairman Rabbit, said in a now-deleted post that after high expectations the Chinese public would be disappointed if they did not see firmer action.

“This would damage morale, and could also exhaust government credibility,” he said.

The response to the crisis in Australia has been cautiously bipartisan to date but James Paterson, the opposition’s spokesman for countering foreign interference, suggested the Labor government should do more to criticise China’s “grossly disproportionate” drills in the Taiwan Strait.

“I would encourage the government to consider, as we have done in the past, calling on China to exercise restraint,” he told ABC radio on Friday.

Prime Minister Anthony Albanese said the government would be consistent in its messaging.

“We need to stay the course that we’re on, which is to seek cooperation and positive relations with China where we can but stand up for Australian values and Australian national interests where we must,” he said.

“That includes the Law of the Sea, allowing for safe navigation and passage including through the South China Sea.”