Just Stop Oil protesters have blocked the famous Abbey Road crossing in the same pose as The Beatles as they block traffic in London in their latest climate stunt.

In a statement the group said: ‘Four Just Stop Oil supporters are blocking Abbey Road, London. They are demanding that the government halts all new oil and gas licences and consents.

‘The four stepped out at 1pm, onto the iconic zebra crossing on Abbey Road made famous as the cover to Beatle’s Abbey Road album. After recreating the famous crossing, they made the following statement, before gluing onto the crossing.

‘Let’s come together, as we face broken politics, eye watering energy bills and the loss of our freedoms, rights and democracy. Stand with Just Stop Oil supporters in prison, with the 1,700 murdered across the global south, with the 33 million displaced in Pakistan, with those who famine is stalking across Africa.

‘We can work it out, we need to stop new oil and gas, burning more will make our situation worse, perilous. New oil and gas is a toxic Truss policy proposed by a Prime Minister who wrecked the economy in less than 40 days, who sought to make the rich even wealthier while leaving families too poor to heat a tin of soup.

‘Imagine if our government sought to protect rather than harm us. We will not let broken politics wreck our only home and destroy all that we hold dear, schools, hospitals, transport, the ability to grow food, ordered civil society is on the line.

‘Because, we will not die silently, it will be ordinary people, like you, your friends, colleagues and neighbours who do what our government cannot. It will take all of us.’ 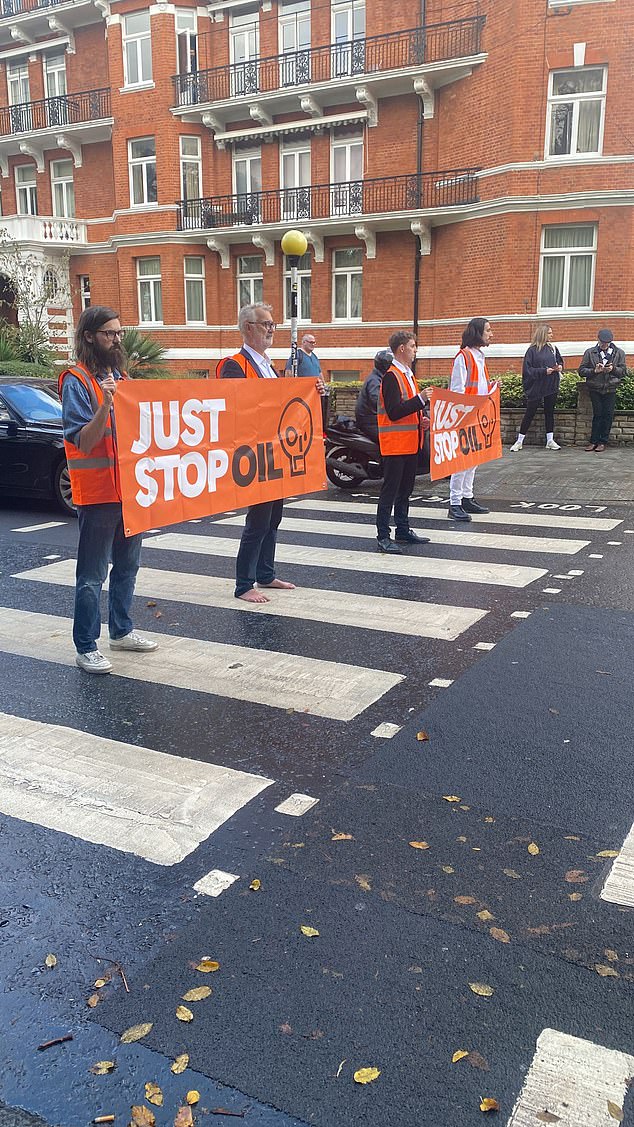