When the new King decided to retreat to his beloved Highgrove estate on Wednesday evening, the Palace was quick to point out that he was still busy working.

As he ‘took a breath’ from a hectic series of ceremonies after the death of his mother the Queen, he spent Thursday speaking to world leaders and Governors General from his Gloucestershire retreat.

But it is understood that the home comforts of Highgrove were not the only reason for his trip.

For The Mail on Sunday can reveal that Charles was keen to spend time praying for both his mother and his late father at a private ‘sanctuary’ – a chapel built within the gardens of Highgrove. 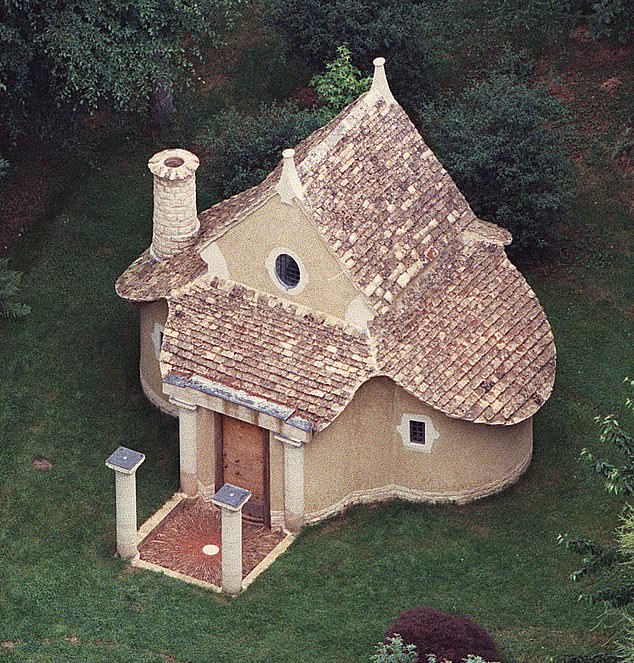 The curious little building is said to be one of the few places where the King feels he can find solace. The chapel nestled among the foliage of his prized Gloucestershire estate was built to the King’s specifications.

Inspired by the designs of the orthodox church – the tradition followed by his paternal grandparents – the chapel is nevertheless said to be a non-denominational place of worship. The King is said to see the quiet building as a personal expression of his commitment to a multi-faith society.

One insider said: ‘Charles is more religious than many probably realise so he wanted to go back to this special chapel, this sanctuary, where he could spend a few moments in quiet contemplation.’

The Queen Consort, meanwhile, returned to her own home at nearby Ray Mill. Yet the pilgrimage to his own chapel gives an intriguing indication of the way in which Charles plans to reign.

On Friday evening, the King met faith leaders, saying: ‘I have always thought of Britain as a “community of communities”. That has led me to understand that the Sovereign has an additional duty – less formally recognised but to be no less diligently discharged.

‘It is the duty to protect the diversity of our country, including by protecting the space for faith itself and its practise through the religions, cultures, traditions and beliefs to which our hearts and minds direct us as individuals.’

The retreat to Highgrove came after the toughest of weeks for the new King, who criss-crossed the UK while mourning the loss of his mother, signing off on plans for the State funeral and taking on his new role as Monarch.

Called Operation Springtide, the travel plan, which covered more than 1,500 miles, was laid out years beforehand.

The busy schedule was designed to unite the nation following the death of the Queen. Most Monarchs, however, are not 73 years old when they accede to the throne.

Tomorrow will be the King’s final farewell to his mother as he attends three funeral services – two public, one private – on a scale not seen for generations.

Boy, 14, 'murdered Colorado mom, 32, after randomly firing at her Land Rover six times as she drove home from dinner'

Ex-police chief, 59, dies after being stung more than 40 times by swarm of murder hornets while out hunting in woods