Red blood cells grown in a laboratory have been transfused into two patients in a world-first clinical trial.

The cells, which take three weeks to create, could be a lifeline for people with advanced cancer or sickle cell disease.

Dr Farrukh Shah, of NHS Blood and Transplant, said: ‘The need for normal blood donations to provide the vast majority of blood will remain. But the potential for this work to benefit hard to transfuse patients is very significant.’ 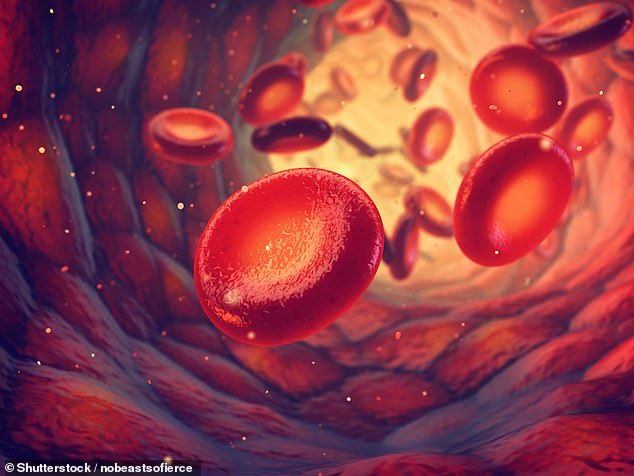 Red blood cells grown in a laboratory have been transfused into two patients in a world-first clinical trial. (Stock image)

Ashley Toye, professor of cell biology at the University of Bristol, who led the breakthrough project, said: ‘This challenging and exciting trial is a huge stepping stone for manufacturing blood from stem cells.

‘This is the first-time lab grown blood from an allogeneic donor has been transfused and we are excited to see how well the cells perform at the end of the clinical trial.’

They removed stem cells, which can become any cell in the body.

A special chemical ‘soup’ of nutrients was used to coax the cells to become red blood cells – creating a much larger supply with the same blood type as the original donor.

People with sickle cell disease are more likely to be black, and there is a current shortage of black blood donors, so the lab-grown cells could be a valuable resource. 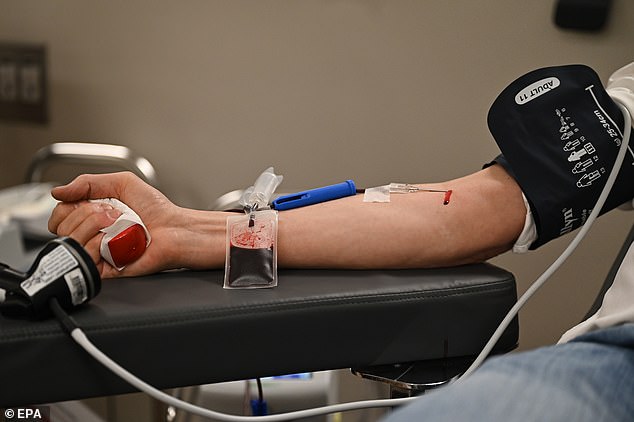 As they are freshly grown in the lab, and all the cells are produced at the same time, researchers suspect they may last longer in the body following transfusions, compared to standard donated blood.

If lab-grown blood does last longer, its use could mean people need fewer transfusions.

Researchers say this would reduce iron overload from frequent blood transfusions, which can lead to serious complications.

The cells could also be used for people with rare blood group types.

A minimum of 10 people will next receive two mini-transfusions at least four months apart, of both lab-grown cells and standard donated red cells.