A major explosion killed three people at a gunpowder factor working 24/7 to make rocket launchers and air defence systems for the war in Ukraine.

Video footage showed a plume of smoke rising in the distance, with some witnesses claiming to have seen the explosion at the time of the attack.

Two of those who were killed were allegedly burned alive while more are feared dead and could be buried under the rubble.

The building also makes engine charges for aircraft missiles, booster systems for cruise missiles and products for the A-135 missile defence system. 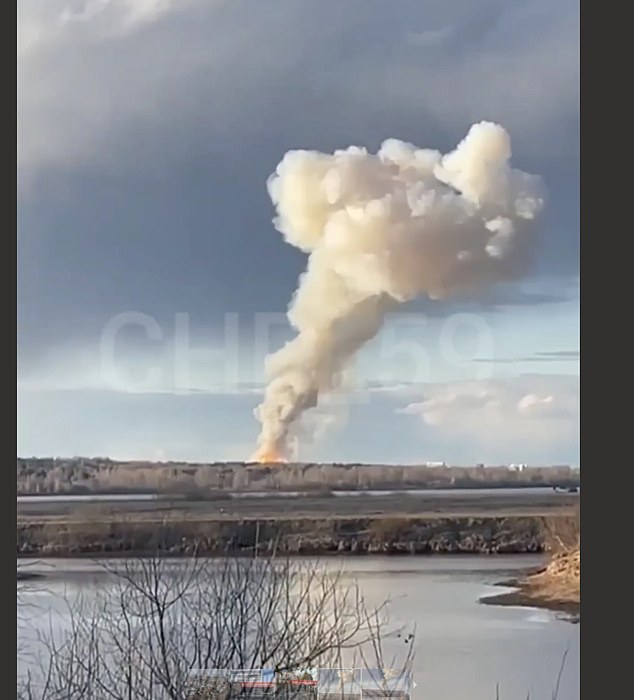 Video footage showed a plume of smoke rising in the distance, with some witnesses claiming to have seen the explosion at the time of the attack

Reports suggested there was an explosion and fire on Saturday around 8pm in the large plant sector 12.

The explosion come amid suspicion of sabotage linked to a series of explosions fires at key Russian sites during the war.

The Russian Investigative Committee – seen as similar to the FBI in Russia – is conducting a probe into the Saturday blast, say reports. 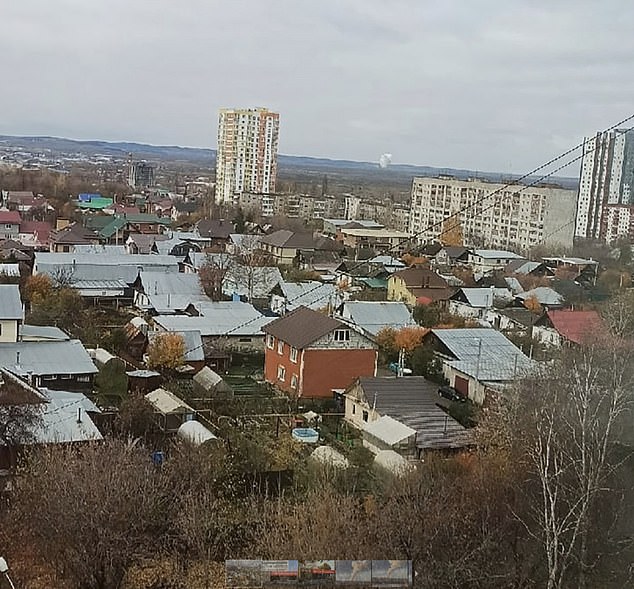 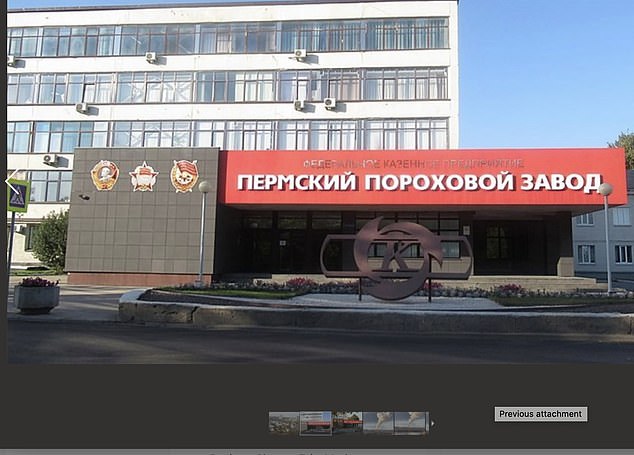 The extra manpower was to allow the plant to work three shifts during a 24 hour period to provide munitions for the Ukraine war.

It follows reports that Russia has been short of missiles with which to target Ukraine.

An earlier explosion at the same Perm defence plant came on 1 May in which three women were killed.

In the earlier May explosion an eyewitness told Komsomolskaya Pravda newspaper: ‘The building just flew into the air.’

One woman called Svetlana ‘couldn’t even run out, but the other girls fled – they were all burned.

‘Olga had 100 per cent body burns. She was not even taken to the hospital.

‘But Ulyana was alive, she had 99 per cent burns, and her son in the second grade is waiting for her at home.

‘I don’t know how to go to work any more. I cried all night.’