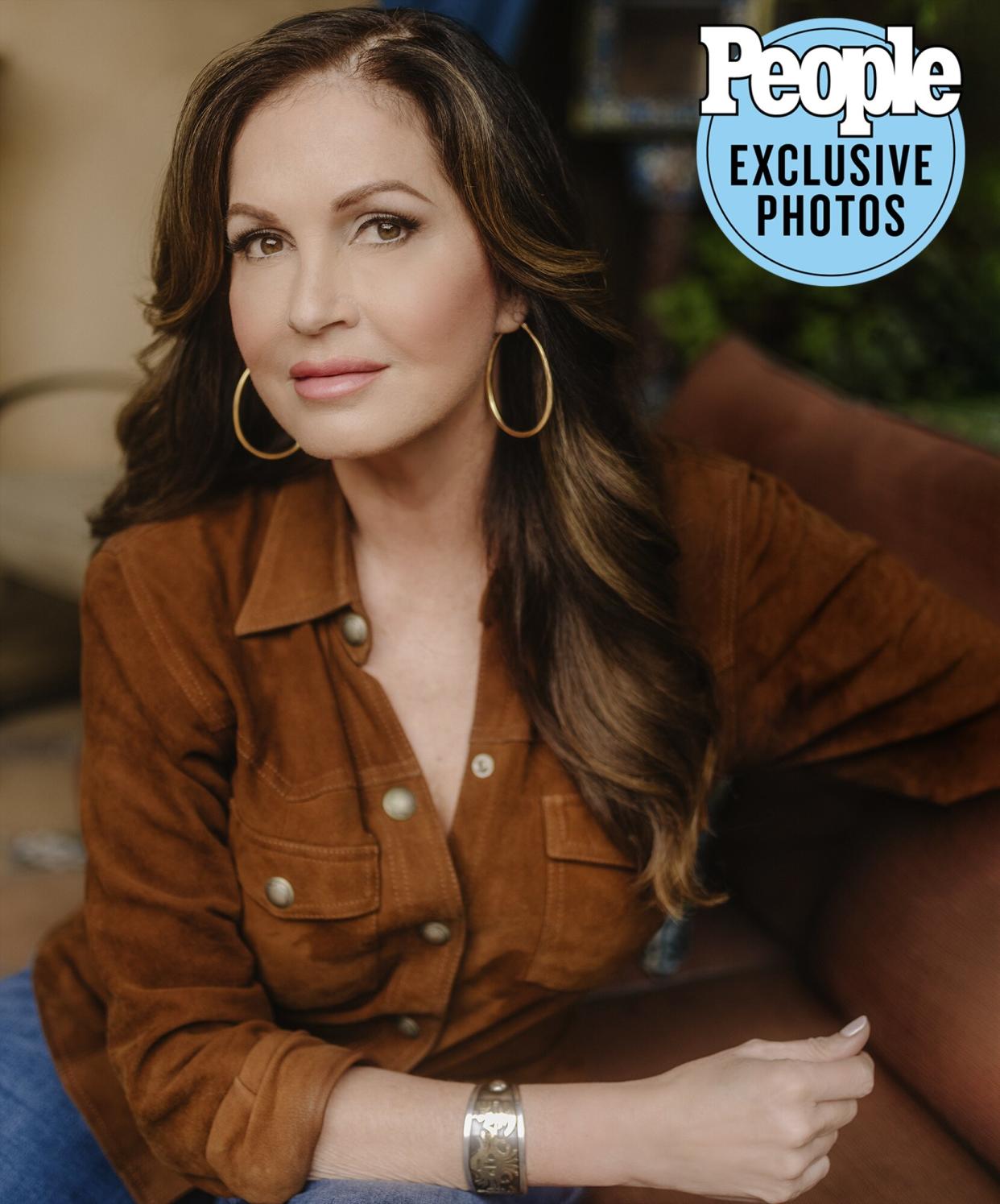 Years before she was chasing down bad guys with her Inside Edition camera crew in tow, Lisa Guerrero was struggling to keep other bad guys from destroying her — and her career in sports reporting.

“I wanted to be the Barbara Walters of sports,” Guerrero, now 58, tells PEOPLE in an interview for this week’s issue. “I was doing these big sit-down interviews with tough, tough athletes who weren’t very open with the media — Barry Bonds, Shaquille O’Neal, Alex Rodriguez — and they were opening up to me.”

But the men in sports media had their own ideas. “I was trying to be Barbara Walters while all these radio sports-show guys were trying to be the next Howard Stern,” Guerrero says. “They did it for sport — just eviscerating me constantly and talking about my breasts and sexual acts and how I probably was able to get all these big athletes to talk to me.”

As Guerrero details in her upcoming new memoir Warrior, out Jan. 24 and excerpted exclusively below, the misogynistic abuse hurled at her in her sports-journalism career only got worse when she reached the pinnacle in 2003: sideline reporter for Monday Night Football and its weekly audience of 40 million people.

There, her dream job became her nightmare. She writes that MNF’s executive producer Freddie Gaudelli joined the chorus of outside trolls by criticizing her clothes, her posture, her script-writing — and frequently resorting to angry screeds. 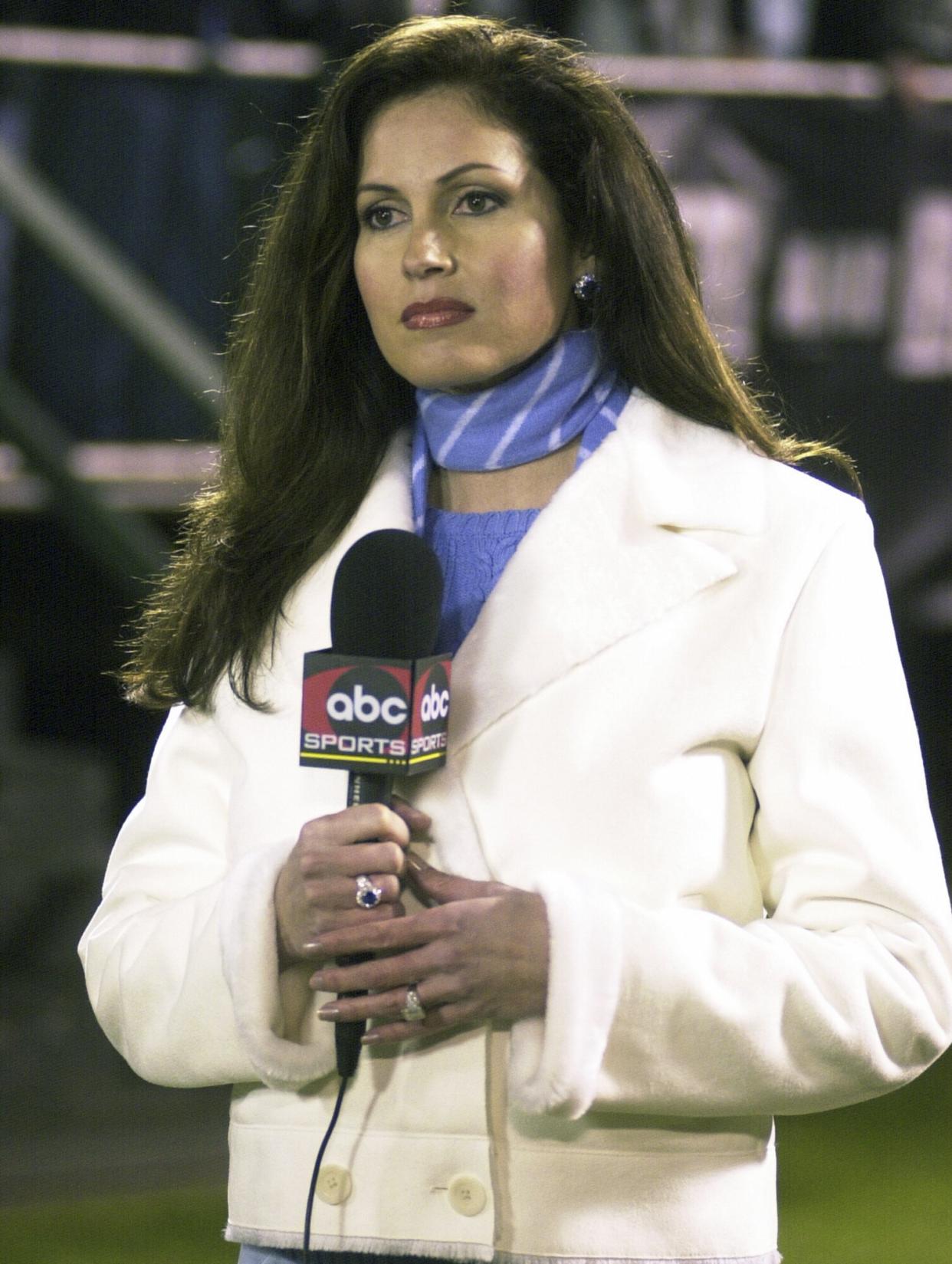 Miserable in that crucible of stress and self-doubt, Guerrero was let go from MNF after a single season. But, as she reveals for the first time, she lost more than her job. Late in that season, at between eight and 12 weeks pregnant, Guerrero had a miscarriage while she was on-air in the middle of a game.

“People who knew what was going on with [my boss] Freddie and who read how I was being treated in the media already looked at me with such pity,” Guerrero explains. “I was a shell of myself. And I felt such shame and embarrassment that the last thing I was going to say is, ‘Oh, and by the way, I just had a miscarriage.’ Most of my best friends will learn about it by reading the book.”

“I don’t blame one person for this. The miscarriage wasn’t because of Freddie, and it wasn’t because of one radio talk show host or one bad column. It was a culmination of the entire season of negativity and cruelty. It was really cruel.”

Guerrero says she wants people to know that bullying, trolling — it has real consequences for real people: “Somebody is the target of that. Somebody feels that.”

Here, she tells the story of when that somebody was her: 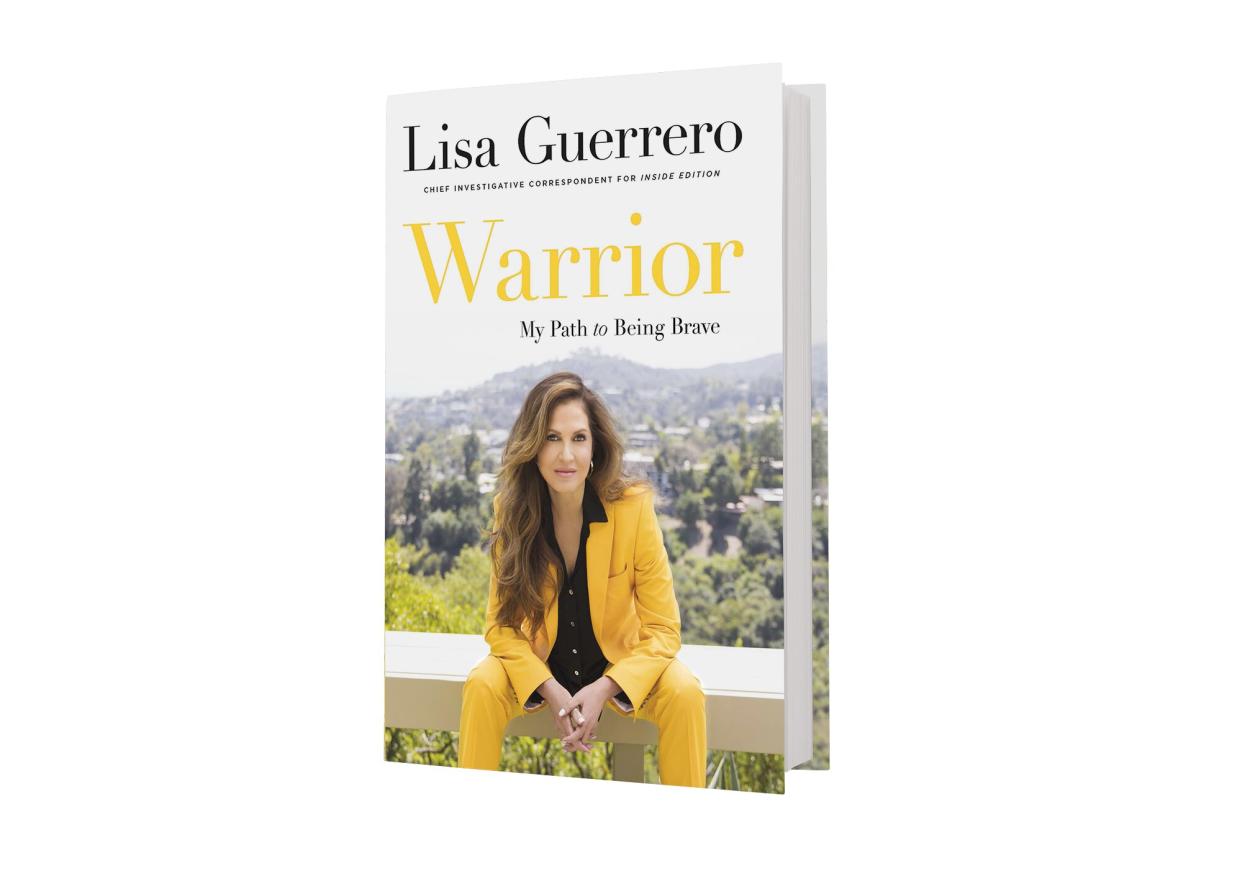 After 10 years in the cheerleading business, Guerrero was a successful sports reporter and in love with MLB pitcher Scott Erickson when she was hired by Monday Night Football executive producer Freddie Gaudelli.

This was the biggest gig a woman could get in sports broadcasting and it was big news that there would be a new reporter on the sidelines for the 2003 season. I flew to New York City for the official announcement on ABC’s Good Morning America. When co-host Charlie Gibson introduced me, he sounded downright disappointed. Instead of asking about my work on television, he referred to me as a former cheerleader. It seemed that Charlie didn’t think I was qualified. But I smiled wide. “Well, Charlie, I was a cheerleader years ago. But I’ve been a sports reporter and anchor for a decade.” He said he thought Melissa Stark was really good at the job. Melissa Stark was the woman I was replacing. I kept the smile plastered on my face. “Everyone loves Melissa. She’s great. But I’m really excited to be the new sideline reporter.” I waited for the next question. But Charlie wrapped it up and walked away.

In her MNF regular-season debut in September 2003, Guerrero asked the winning quarterback about another player she mistakenly called his “ex-teammate.”

Freddie was still yelling into my IFB earpiece as I walked off the field to the production truck, feeling sick, my hands shaking. I opened the door and braced myself. Freddie’s head snapped toward me as he demanded an explanation for my mistake. Freddie is a short guy. But at that moment, he reminded me of a hulking ‘roided-out linebacker about to deliver a vicious hit. The mistake was “a brain fart,” she writes, but sports media were unforgiving, labeling her a “bimbo” and worse. There was an ugly misogyny running rampant through sports radio airwaves — and I was their perfect target. To them, I was the worst. I was everything that was wrong with sports. I alone had set women back decades. They’d attack my clothes, hair (why was it so long?), even my nail polish (how dare I wear red — I must be a whore!).

But MNF‘s ratings spiked with Guerrero on the sidelines, and President George W. Bush invited her to host a White House reception for Hispanic Heritage Month, telling her he was a big fan of hers. None of the good news drowned out the bad.

Freddie’s criticisms obliterated all other of my life — a great job, lots of money, and a gorgeous fiancé. But I was thinking, Who decides to get married when they’re also considering killing themselves? That was how bad I felt. Guerrero hadn’t had a period since starting MNF. She chalked it up to stress — until a home pregnancy test proved otherwise.

Though she and Erickson had agreed years earlier not to have children, Guerrero says she had started to “fantasize about what our baby would be like.” During the first half of an MNF game late in the season, she felt an intensifying pain in her abdomen.

I pushed through and did my reports. When I felt a dampness between my legs, I thought, ‘Oh, I got my period.’ And then I remembered I was pregnant. I was having a miscarriage! I could feel blood leaking. The officials’ bathroom was in the tunnel behind me. “I’m going to the bathroom,” I told my assistant, whose job was to race around the field with me. He looked at me as if I were insane. “They’re about to throw to you.”

I delivered my live report. I was dizzy and nauseated but reminded myself to stand up straight. During our Wednesday phone calls, Freddie would ream me out for bad posture. The pain was excruciating. I heard myself mispronounce a player’s name and knew I’d hear about it later. As soon as I finished, I raced off to interview a coach. Then I headed to the bathroom. As I sat on the toilet, I couldn’t believe the blood pouring out of me. It had soaked through my pants. I shoved a bunch of paper towels in my underwear.

It never occurred to me to tell anyone. It never occurred to me that maybe I should have gone to a hospital or, at the very least, sat out the rest of the game. The only thought that crossed my mind was that I could get through the rest of the game as long as I buttoned up my long winter coat. That way, no one would see the blood. It was as if I were on autopilot. Get back on the sideline. Interview the coach. Listen to Freddie’s directions.

When the game ended, I was supposed to go to the production truck to talk to Freddie. Instead, I headed to the plane. In the bathroom [on board], I changed clothes, and dumped my underwear and pants in the garbage can. I looked into the mirror and didn’t recognize the pale, gaunt, scared, and so very tired woman who stared back at me. *

For more of Guerrero’s story, pick up the new issue of People on newsstands Friday. 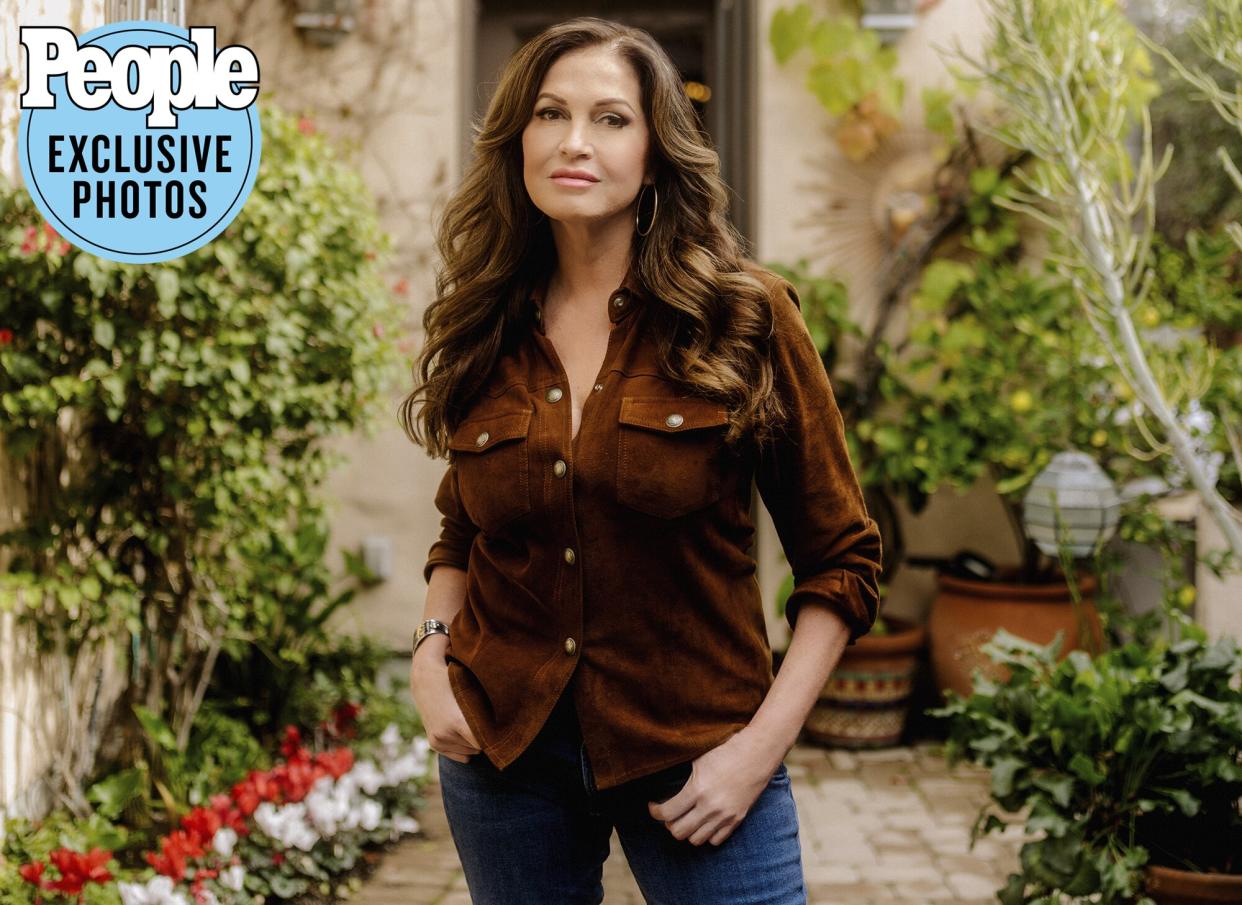 Excerpted from Warrior: My Path to Being Brave, copyright © 2023 by Lisa Guerrero, with permission from Hachette Books, an imprint of Perseus Books, LLC, a subsidiary of Hachette Book Group, Inc., New York, NY. All rights reserved.

Super-complaint to be made against police sharing crime victims’ data