Mother-of-two, 26, who said she only downed two bottles of wine AFTER her car broke down at side of busy main road avoids jail

A motorist who refused a breath test when police found her drunk on the side of a busy road has avoided jail after she claimed she didn’t start drinking until after her car broke down.

Elizabeth McKnight, 26, twice refused to give the sample after police approached her on a grass verge by her stationary Nissan Qashqai on August 6.

The mother-of-two, of Bromborough on the Wirral, Cheshire, told officers she’d downed two bottles of wine on the road while waiting for her father to come and collect her after her car broke down.

She also said she had thrown away two empty bottles of wine further up the embankment but officers found no bottles on the verge – instead discovering a near-empty bottle of wine in the footwell of the car. 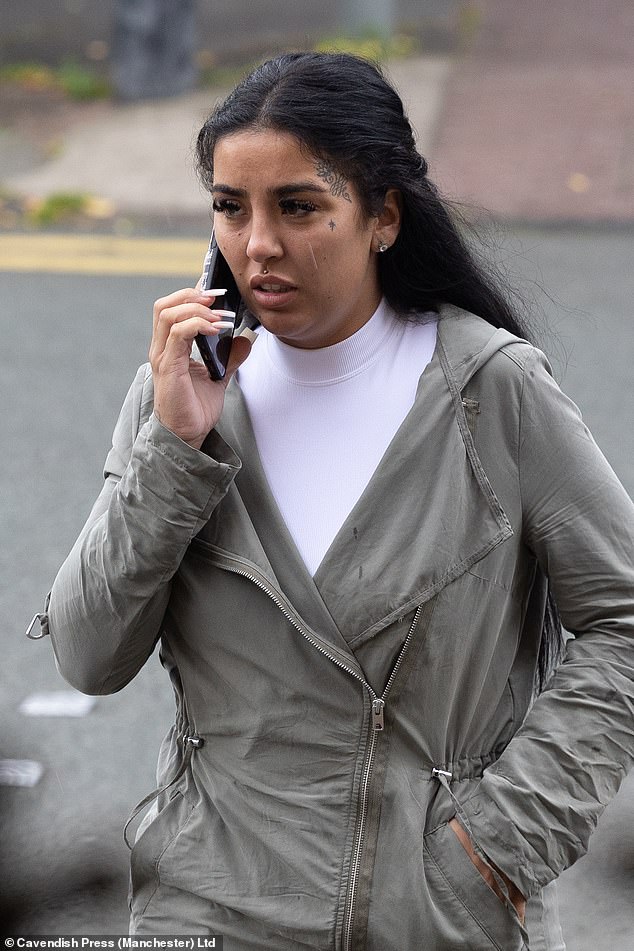 Elizabeth McKnight (pictured), 26, twice refused to give the sample after police approached her on a grass verge by her stationary Nissan Qashqai on August 6

McKnight appeared in Chester Magistrates Court where she admitted to failing to provide a specimen of breath.

She faced a possible six month jail sentence but was instead given a 12 month community corrections order, had her licence suspended for two years and was ordered to complete 60 hours unpaid work plus an additional 20 rehabilitation activity days with the probation service.

She was further ordered to pay costs and a victim surcharge of £234.

The 26-year-old cited her ADHD, anxiety and dyslexia during the hearing and claimed she was a victim of domestic violence.

Arron Smith, prosecuting, said: ‘The officer noted she was unsteady on her feet close to the edge of the road. Initially she did not give details of who was driving prior to stopping. However, it was confirmed to the officer that Miss McKnight was indeed the driver.

‘She was detained in the police vehicle. The officer noted that she smelt of intoxicating liquor. Her eyes were glazed and red and her words were slurred when she spoke.’ 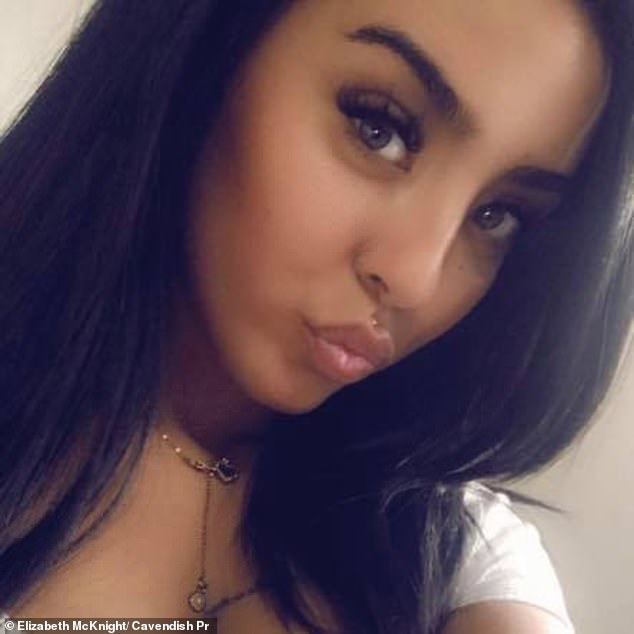 McKnight is unemployed and has ADHD, dyslexia and anxiety and the report also includes a previous history of domestic violence

Mr Smith said McKnight first refused to provide a roadside sample and again refused to take a breath test once she was in custody.

A probation report revealed McKnight ‘accepted it was a reckless thing to do and has expressed remorse’.

‘She said she has learnt her lesson and she will not be before the court again. She is able to demonstrate understanding of the risk posed to the public while under the influence of alcohol.’

The report attempted to argue against a licence disqualification, citing her need to drop her children to school and pick them up.

‘She would benefit from the intervention of a programme to address her thinking skills and problem-solving skills,’ the report found.

McKnight is unemployed and has ADHD, dyslexia and anxiety and the report also includes a previous history of domestic violence. 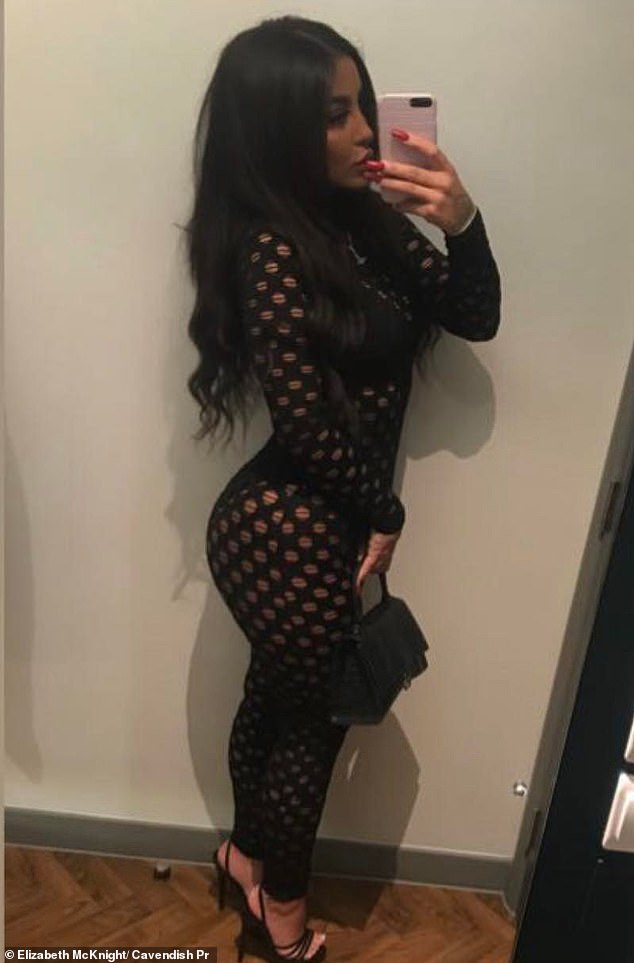 She faced a possible six month jail sentence but was instead given a 12 month community corrections order, had her licence suspended for two years, ordered to complete 60 hours unpaid work plus an additional 20 rehabilitation activity days with the probation service

Her solicitor, Chris Hunt, said his client thought the Nissan was insured and added: ‘She is a young woman with two children under the age of ten and has never been in any real trouble before.’

She had two write ups for fare evasion, but an otherwise clean record.

‘This offence is punished severely because the danger is, by failing to provide a sample, you could be covering up a massively high reading. That is the mischief that this is designed to address,’ Mr Hunt said.

But he reiterated that McKnight made an error of judgement, adding the alcohol she consumed before police approached meant she ‘wasn’t able to deal with the situation sensibly’.

‘The car was broken down, so she clearly wasn’t planning to drive the car,’ he said.

‘The circumstances are that had she cooperated with the officer she would not have committed an offence. She made a stupid decision not to give a sample.

‘But if she had not been over the limit when she drove the car and was not going to drive it again, she had not done anything wrong.

‘She just says that she was by the car and she was drunk. If she had done what the officer was asking her to do, she would have been alright.’

Chairman of the bench Roy Barron handed down the verdict and said: ‘Failing to provide a sample is a very serious offence. If it wasn’t, nobody would give a sample. We kind of assume that you were drunk and that’s why you didn’t do it.’ 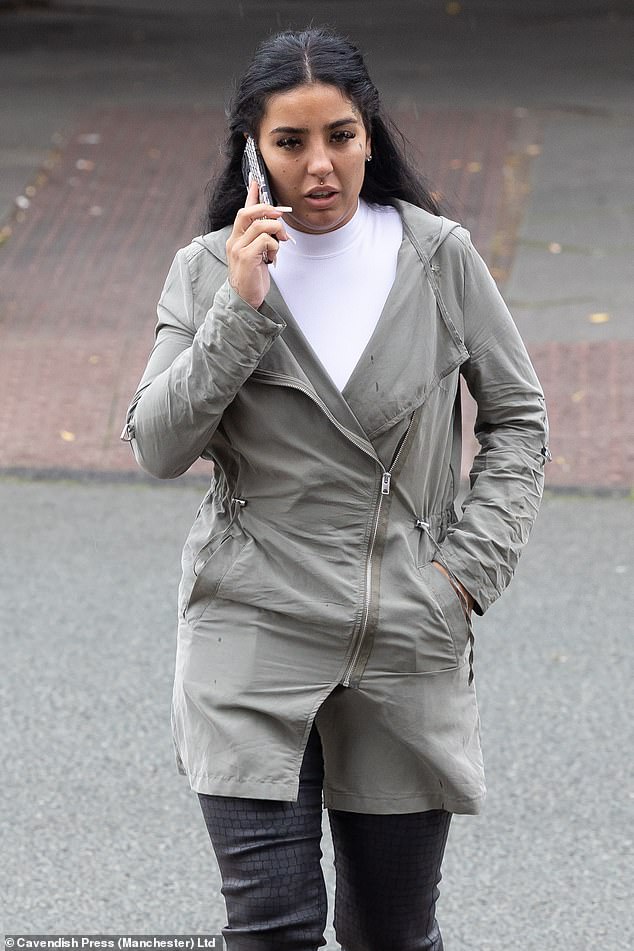 'Coronavirus passports' and travel pacts could be introduced