The GP’s assistant will see you now! NHS will hire 1,000 recruits to carry out basic checks and give jabs in bid to free up appointments backlog

The NHS will recruit more than 1,000 ‘GP assistants’ to give family doctors more time to treat patients.

They will free up thousands of appointments by performing admin tasks and basic health checks usually done by GPs.

Surgeries can now claim additional funding to take on the extra staff, who are not required to have a medical degree and will earn around £24,000 a year. 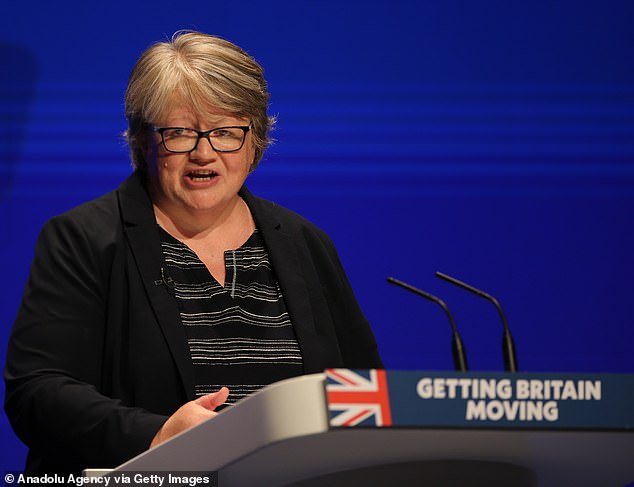 They will receive on-the-job training that allows them to take blood, administer jabs and measure the blood pressure and heart rates of patients.

Their help is expected to reduce by more than half the amount of time doctors spend writing and processing letters.

The recruits will help patients with hospital referrals, explain treatments and act as a middleman with other health and care providers.

They may also take brief medical histories before patients see a doctor.

Therese Coffey has made improving access to GPs one of her priorities as Health Secretary. 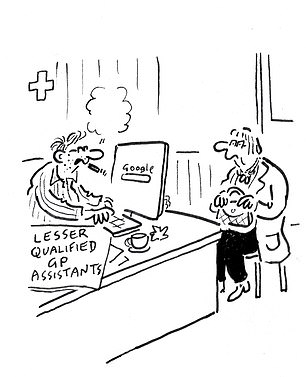 The extra staff, who are not required to have a medical degree and will earn around £24,000 a year

She said she expected all patients to be offered an appointment within two weeks and the sickest on the same day.

The surgeries with the longest waiting times could be named and shamed in league tables.

Medical practices can now also group together to recruit 1,250 ‘digital transformation leads’ who will be tasked with improving access to primary care.

They will ensure surgeries are using the latest technology, help to open more telephone lines and monitor call response times.

The technology gurus will also help patients with the NHS app, which can be used to book appointments and will deliver test results from next month.

Studies show that more than a quarter of GP appointments could be carried out by other health professionals, be replaced by self-care or are not needed at all.

The recruitment drive is expected to be unveiled at the NHS England board meeting tomorrow.

The development comes after a survey showed that public satisfaction with GPs, who are on average salaries of £111,900, is at an all-time low.

A major drive to cut spending on temporary workers was launched in 2016 but outlays have steadily increased, reaching over £2.5billion a year.

The NHS has more than 100,000 vacancies, including one in ten nursing posts.

This is up from £175million in 2020, analysis by the Health Service Journal showed.

NHS England said it expected agency spending to fall by at least 10 per cent in 2022/23.

Nevada bear hunt faces calls to be canceled due to wildfires

Counter-protester shoved by the neck at Staten Island Trump rally