Democrat official charged with stabbing to death Las Vegas journalist who exposed his affair could continue drawing his $130,000 salary for MONTHS despite damning evidence against him

A Democratic official in Nevada who is accused of murdering a Las Vegas journalist who allegedly exposed his affair could continue drawing his $130,000 salary for months despite damning evidence against him, it was revealed.

Clark County Public Administrator Robert Telles was arrested on Wednesday, five days after Jeff German, a reporter with the Las Vegas Review-Journal, was fatally stabbed outside his home.

Tellas, 45, is being held without bail and faces one count of murder with the use of a deadly weapon, according to online court records.

City officials say that despite the murder charge, Tellas will remain in his elected role and continue receiving his six-figure salary until another person is elected.

German, 69, had spent months reporting on complaints that Telles had an inappropriate relationship with a subordinate and oversaw an abusive workplace, saying it was ‘turmoil.’ Tellas has denied the accusations.

The journalist was found dead on September 3, and sources told KLAS that Telles’ DNA was discovered under German’s fingernails. 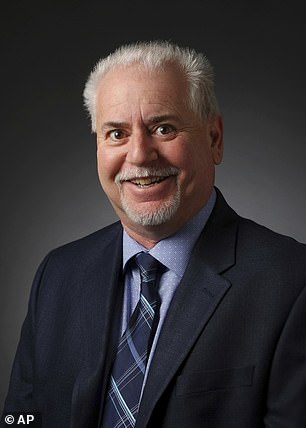 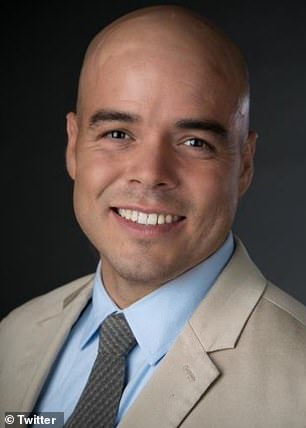 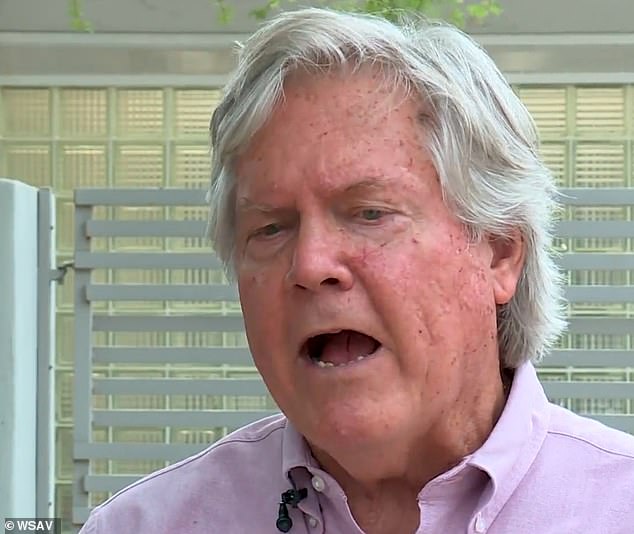 Democratic Clark County Commissioner Tick Segerblom said Friday that despite the murder charge against Rob Tellas, Tellas will remain in his elected role and received salary for months

But despite the evidence, Commissioner Segerblom said Tellas could remain in his elected position of a public administrator in Clark County.

Segerblom added that the only action he believed the commission could take could be to order a recall vote, which would require a recall petition, as well as gathering and verifying more than 100,000 signatures. Tellas lost his June primary and an election to choose his replacement was already in the works, WSAV reported.

The other option is that Telles could resign.

Telles, who was elected as the county’s public guardian in 2019, was also appointed to the Board of Indigent Defense the same year. However, on Friday, he was removed from the board.

‘We can take the scope of work away from him, but as far as him having the title and getting the salary, it is that way, because the voters picked him,’ Segerblom added.

Telles appeared in court on Thursday where Judge Elana Lee Graham denied to grant him bail. However, if the judge decides to set bail for Telles and he’s released pending trial, he will not have access to county buildings, including his own office.

Prosecutors at the hearing said German had been stabbed seven times, and the judge noted that the suspect’s DNA was found under German’s fingernails and on his hands, which also had defensive wounds.

Telles is scheduled to appear in court again on Tuesday. 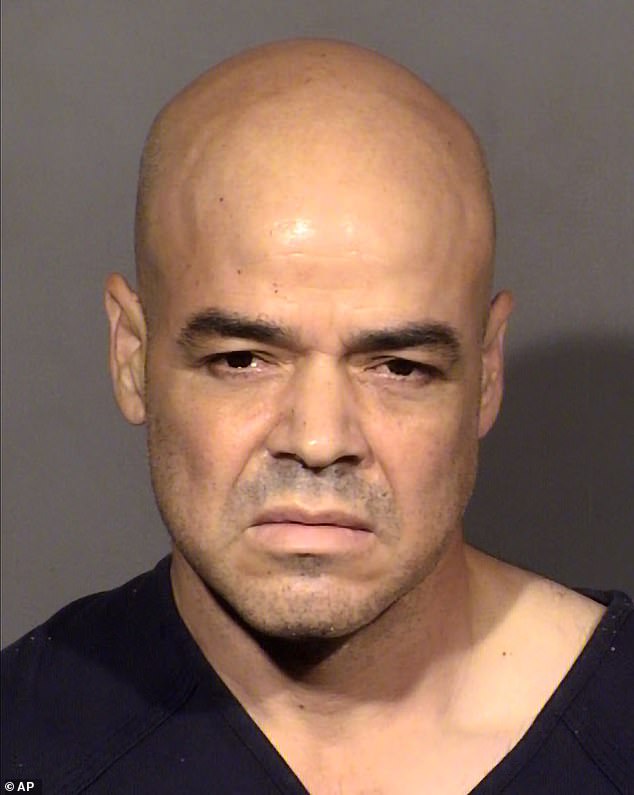 Tellas, 45, is being held without bail and faces one count of murder with the use of a deadly weapon, according to online court records 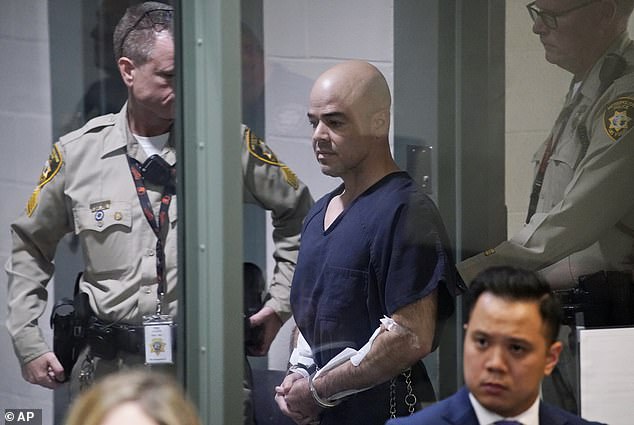 Telles is escorted into court, Thursday, September 8, 2022, in Las Vegas where he was ordered to be held without bail. However, city officials say he is able to keep is elected role

Telles, a Democrat, failed to win reelection following a series of stories written by German that exposed the turmoil in his office and claimed he had an affair with an employee.

Telles has denied the accusations, saying the complaints were from disgruntled ‘old-timers.’

But a particularly damaging revelation came as German published a video of him exiting a vehicle with his lover.

Staffer Roberta Lee-Kennett, 45, left the backseat of the car at the same time as the official, and can be seen pulling her skirt down. The clip was published by the late investigative reporter in May according to The Daily Beast. 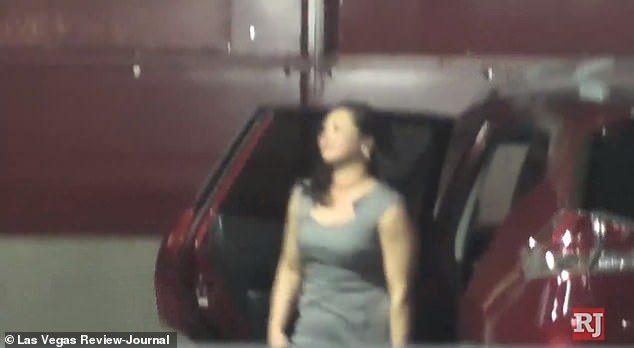 PICTURED: Staffer Roberta Lee-Kennett, 45, left the backseat of the car at the same time as the official, as she pulled her skirt down. The clip was published by the late reporter in May 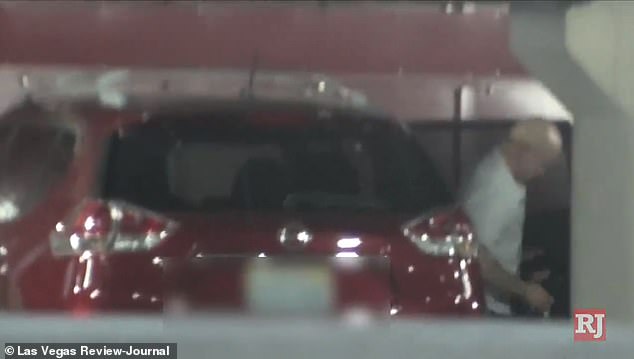 PICTURED: Alleged killer Robert Telles, 45, seen leaving the backseat of his car, along with a member of his staff. The story was reported by the journalist he allegedly killed 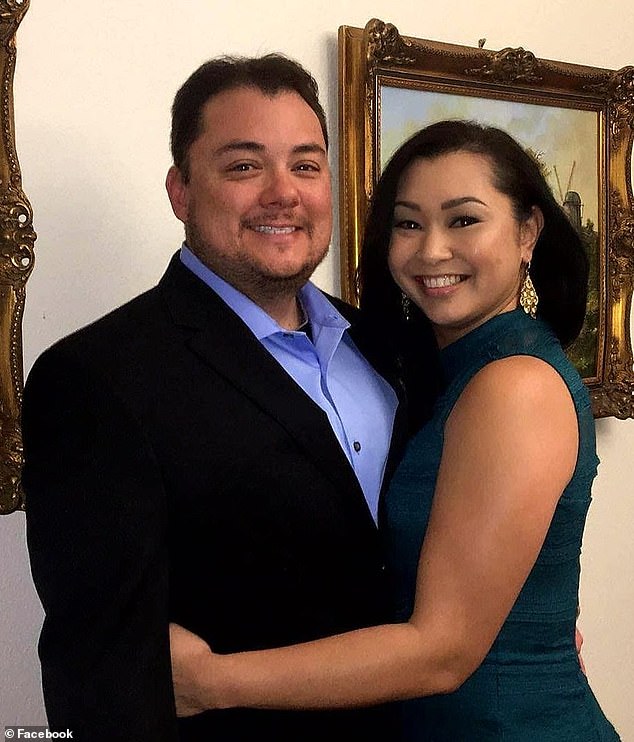 Roberta Lee-Kennett, 45, (pictured with her husband) was seen leaving the car at the same time as the official, hoisting her skirt down. Late journalist German claimed that the two were having an affair

DailyMail.com previously revealed that Telles had been railing against German for months – including in an angry series of messages on social media in which he accused him of rifling through his trash and writing ‘lying smear pieces’ about him.

In the hours following German’s murder, his colleagues helped track down the suspected killer when they stalked out the suspect’s home on Google Maps before finding that a red car – matching the police description – was parked in his driveway.

Using skills they learned on the job with German, the five-person team at the newspaper sprung into action ‘because that’s what Jeff would have wanted us to do.’

Police later carried out a search warrant on the home, and his car was towed by midday on Wednesday.

The DNA of the now-arrested public official was found at the site of a Las Vegas investigative reporter’s fatal stabbing. 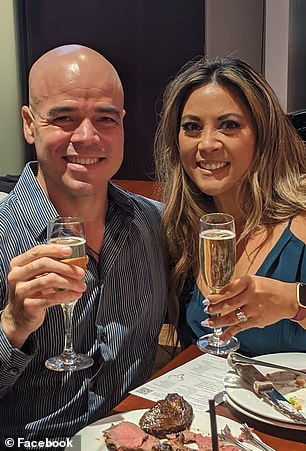 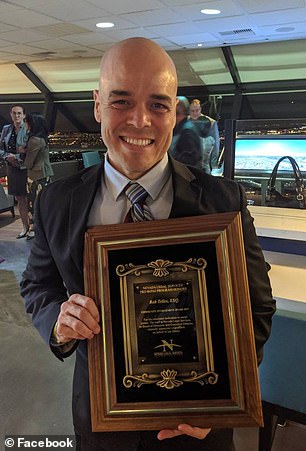 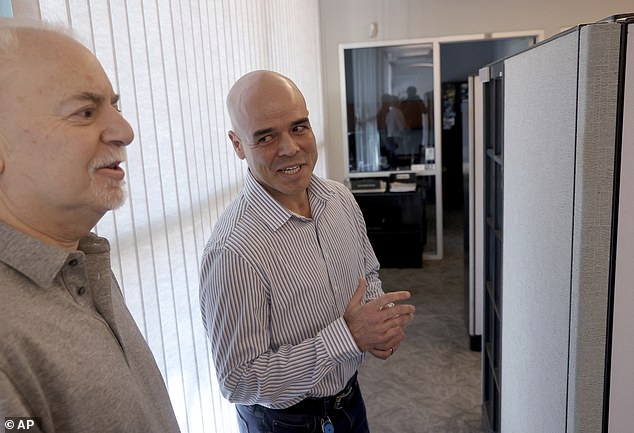 German’s colleagues said that they were just doing what he had taught them to do -follow the story and ‘aggressively’ try to find out what happened.

They searched online for Telles’ address after the reporters recalled the nasty tweets sent by him to their dead colleague.

After long, they spotted the red GMC Yukon Denali parked on his driveway.

It was there that they were able to snap pictures of the suspect washing the red car.

Reporters who worked with German at the Las Vegas newspaper tracked down the suspect’s home and realized that a red car, matching the police description, was parked in the driveway 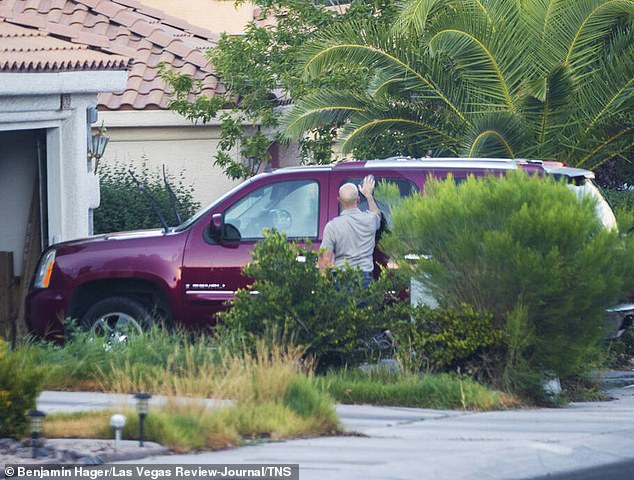 Colleagues of German, from the Review Journal, snapped pictures of Telles washing a car similar to one that cops said they were hunting  as part of the probe into the reporters death the day before they raided his home

By 6pm on Wednesday, police had returned to Telles’s home in tactical gear and surrounded the home while he remained inside.

About 30 minutes later, he was wheeled out of the home on a stretcher and loaded into an ambulance, the Las Vegas Review-Journal reported.

After being on the scene reporting while police arrested Telles, Erickson said: ‘Is this person going to harm themselves, and are we not going to have justice for Jeff?’ 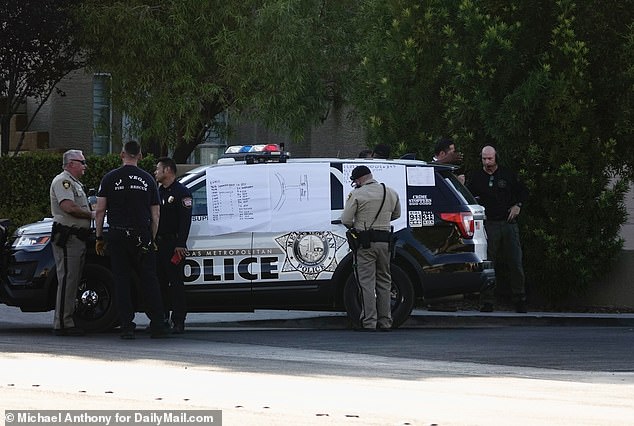 By 6pm on September 6, police had returned to Telles’s home in tactical gear and were surrounding the home while Telles remained inside

‘Of course, he’s innocent until proven guilty. But, you know, the behavior’s just very alarming.’

Speaking about the alleged affair that German exposed during his work at the newspaper, she said: ‘Any one of us would have reported this story.

‘Any one of us could have, meaning any story that you pursue could potentially lead to circumstances that are completely unforeseen while you’re reporting it.

‘So I guess it’s just kind of puts me on alert, puts all of us on alert here that this is a possibility, which truthfully has never really crossed my mind before.’

Michael Scott Davidson, 31, who also worked with the renown journalist, added: ‘We’re here to break news, get it right, because that’s what Jeff would want us to do.’

This llama could be the key to finding a coronavirus cure

Why do dogs roll in fox poo? | The Sun