Singapore: For nearly three years China has been effectively closed off. All the while, geopolitical tension between President Xi Jinping’s regime and the West, including Australia, has shown little sign of easing.

While Beijing has persisted with its COVID-zero policy and Xi has secured an unprecedented third term, a group of Australians are hoping to play a part in the country’s re-connection to the world – and maybe even help mend some bridges – by tapping into the legacy of “ping pong diplomacy”. 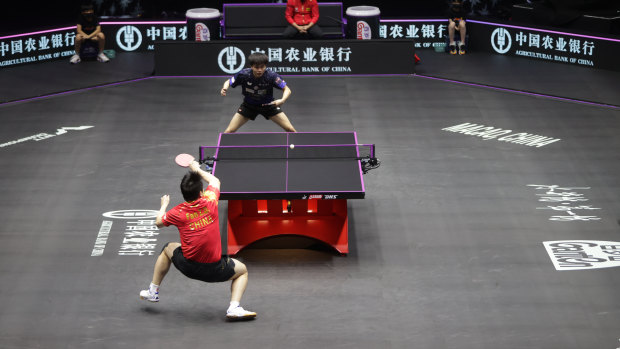 Steve Dainton, the Albury-raised chief of the International Table Tennis Federation, and his Singapore-based Australian executive team have spent the past four weeks overseeing what has been, apart from the Winter Olympics in February, the first major international sport held in China since 2020.

The tournaments have been staged in a bubble and so hardline is Beijing’s approach to the pandemic that spectators at the first of the three events – this month’s World Table Tennis Championships in Chengdu – were made to quarantine for seven days after taking in the action.

Even so, the world championships were watched by 180 million viewers on television in China, where table tennis is the national sport, and the game’s return has been rounded out by a sold-out world tour event in Macao and the tour finals in Xinxiang, in the northern province of Henan, this weekend.

After other competitions in China this year such as football’s Asian Cup and the Asian Games were cancelled or postponed, Dainton believes there is significance in table tennis being given the green light to resume by the political elite, which last week confirmed Xi’s rule at the Chinese Communist Party’s National Congress. 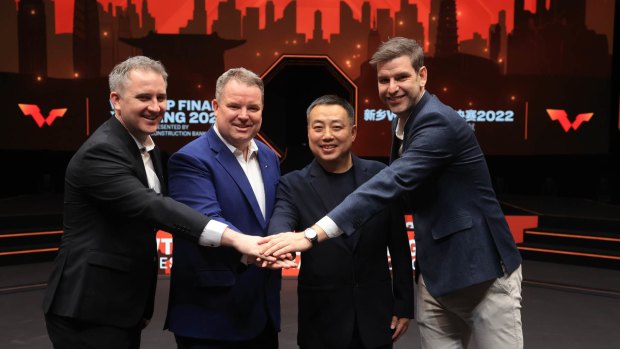 “Having events around the same time as the Congress is a really clear sign that they would like to use table tennis as a tool to show to the world that they’re starting to be open for business again soon,” said Dainton, who speaks Chinese.

“The events have been at a scale that in my career I’ve never seen in the table tennis world … the effort that they’ve [put in] to make sure it’s a well-protected closed-loop system is beyond most of our imagination.”

The Australians’ close relationship with former champion Liu Guoliang, one of the most revered athletes in China and the president of the Chinese Table Tennis Association and ITTF deputy president, has been key to getting the ball rolling again.

It is an important step for Dainton and his team – managing director Matt Pound, from Lismore, strategy director Stephen Duckitt, from Sydney, and chief financial officer Michael Brown, from Bendigo – who have big ambitions to realise the potential of a game with global recreational appeal. 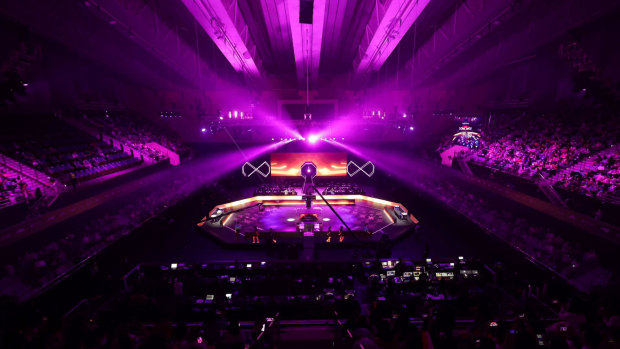 They have developed World Table Tennis as the sport’s professional arm, re-drawing its international schedule, increasing prize money and creating its own version of tennis’ flagship grand slams – grand smashes – the first of which was this year’s $US2 million ($3.08 million) Singapore Smash.

They have also borrowed from the likes of Twenty20 cricket with musicians, dancers and bright lights adding to the entertainment product as they take the pro tour to Europe, the United States, South America, Africa and Asia including new markets like India.

“We’re basically trying to take [table tennis] out of the basement and into the light,” said Dainton, who has led the ITTF since 2017 but has been with the sport’s governing body for 17 years.

“Everyone loves to play table tennis but to turn that into a show … that’s a completely different thing. Everyone that’s now coming to these World Table Tennis events is saying, ‘is this really table tennis?’” 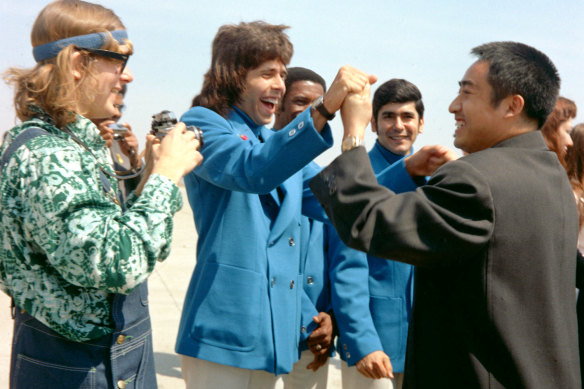 American table tennis player Glenn Cowan greets Chinese champion Zhuang Zedong in the US in 1972, a year after the “ping pong diplomacy” trip.Credit:AP

As they seek to expand the game’s footprint and take it mainstream, China is key to their plans.

It remains the cornerstone of table tennis, which its players have dominated, and Dainton and co are eager to draw on the sport’s rich history of forging links with the world’s most populous nation.

The foundation for official ties between Communist China and the United States being established in the midst of the Cold War was famously laid with a groundbreaking tour in April 1971 by a delegation of American table tennis players and officials, who were invited by Beijing while playing in that year’s world championships in Japan.

Two months later Henry Kissinger, the national security advisor to then US president Richard Nixon, made a secret trip there and the following February Nixon himself became the first occupant of the White House to travel to mainland China, where he met with Chinese Communist Party leader Mao Zedong. 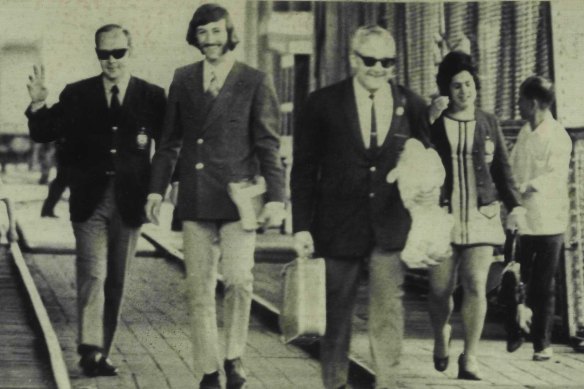 Members of the Australian team also spent two weeks in China following those world titles in Japan, a trip that was followed soon after by Gough Whitlam’s landmark visit as opposition leader and ultimately the formation of diplomatic relations between Australia and China in 1972.

Half a century later, the sport’s leaders see it as a device that can again bring people together.

“The advantage that table tennis brings around the world is our connection to China,” said Duckitt, who previously worked with tennis’ ATP and WTA tours.

“You’re going get the Chinese ambassador or the consulate officials or the Chinese diaspora living in those cities coming to your events and connecting and they’re very proud of this sport, being the national sport of China. 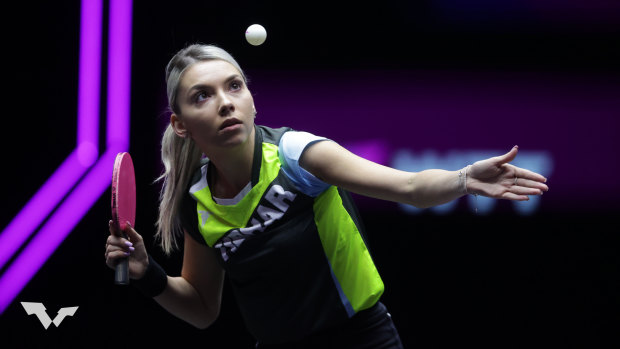 “From a business and city relationship, and that ping pong diplomacy concept, we offer an opportunity for a lot of countries that are perhaps struggling to get together to bridge divides politically with China through table tennis.”

The pandemic has complicated their efforts but in 2023 they have 90 events scheduled across five continents.

By the end of the year, they hope to finalise and announce a tour stop in Australia, too.

“We are confident we can unlock a large event in Australia … to put the Aussie mark on the WTT calendar as well,” said Pound, who came to table tennis from Monaco-headquartered modern pentathlon.

“Even though we’re proud of our China connection and our Asia connection, and we want to foster that relationship to grow even more, we really want to show the world that table tennis is a global sport.”

So, could ping pong assist, in some way, in thawing the frosty relations between Canberra and Beijing?

“It’s not such a crazy idea,” Dainton said. “Sport is a soft diplomacy tool. Why shouldn’t we take advantage of that?

“You’ve got a few Aussies here that have been able to get on the inside and build those relations. [Table tennis] can help other countries learn about China and understand China better. I think it can be a great opportunity.”