Property developer, 35, who was fined £65,000 last month for chopping down dozens of protected 100-year-old oak trees is taken to court AGAIN – for felling timber without a licence

A property developer who was fined more than £65,000 for chopping down dozens of protected oak trees last month was fined again for destroying more trees.

James Barney, 35, was fined £1,000 on Tuesday after he was caught felling timber without a licence.

Barney, of Hampshire, admitted destroying between ten and 20 trees in March 2020.

The fine comes just weeks after he was prosecuted for illegally felling scores of historic oaks.

Barney was ordered to pay £68,031 in fines and costs last month for ripping up 100-year-old oak trees that were subject to a Tree Preservation Order (TPO).

He was hit with the large fine after pleading guilty to breaching tree preservation regulations over the offence in April 2021. 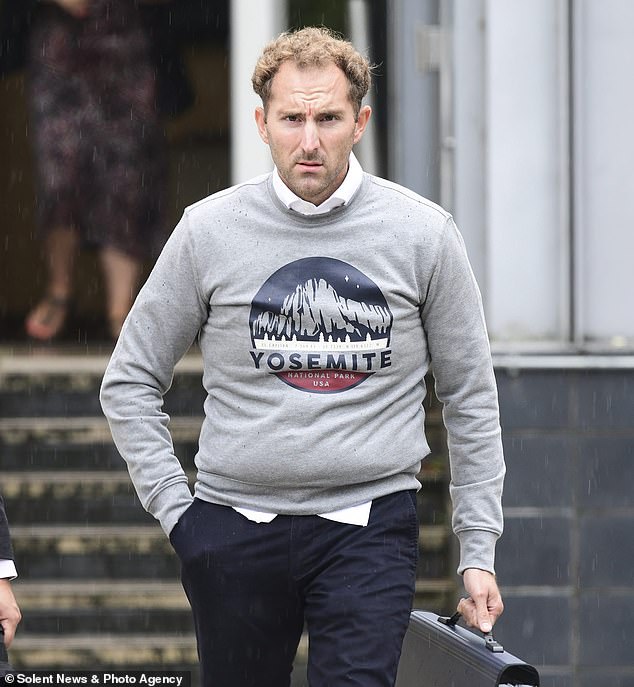 Property developer James Barney, 35, (pictured) was fined £1,000 on Tuesday after he was caught felling timber without a licence 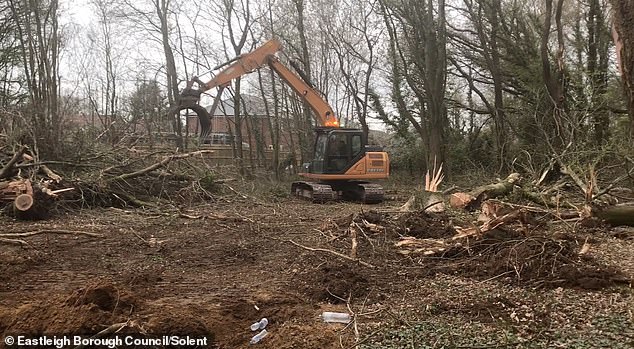 He was ordered last month to pay £68,031 in fines and costs after pleading guilty to breaching tree preservation regulations over the offence in April last year. Pictured: Trees cut down at Scoreys Copse on Botley Road, Horton Heath

Barney, in Southampton Magistrates’ Court on Tuesday, admitted destroying between ten and 20 trees in March 2020.

The destruction reportedly occurred weeks before he submitted a planning application to build holiday lets on a site in Durley, which he had bought for £27,500.

Alistair Haggerty, prosecuting, said the holiday lets scheme was rejected by Winchester City Council and a second attempt to gain consent was also turned down.

He added: ‘A number of people made complaints about the trees being felled. The woodland cannot be easily or quickly replaced.’

John Fitzsimmons, mitigating, said Barney did not benefit financially because his applications to build holiday lets were refused.

However, District Judge Peter Greenfield ruled the work was carried out ‘clearly for a profit’ and ordered him to pay an additional £300 costs and a victim services surcharge of £100. 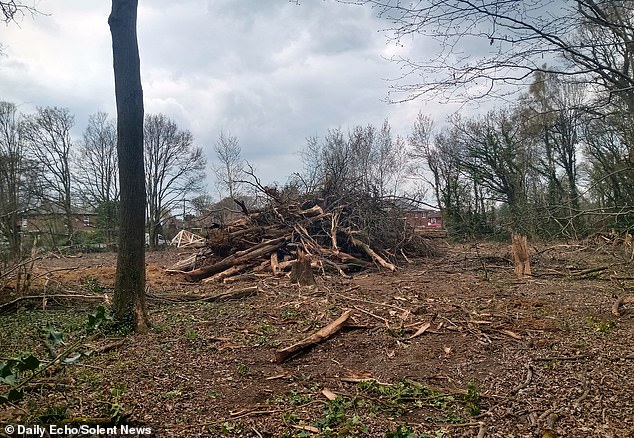 Now, Barney has been hauled back to the same court and fined further after he admitted destroying between ten and 20 trees in March 2020. Pictured: Trees cut down at Scoreys Copse on Botley Road, Horton Heath

The fine comes a month after Barney, who had ‘access to a rich sea of funding’, was fined £50,000 after having been prosecuted under the Town & Country Planning Act 1990 and pleading guilty to breaching tree preservation regulations.

The developer had planned to build two holiday lets on the plot of land he had recently bought, Southampton Magistrates’ Court heard in September.

Despite the protests of councillors and residents, the developer turned up at the site with a team and a digger to cut down 53 protected oak trees.

The oaks, which had been granted a TPO, stood in an area of woodland at Scoreys Copse, Horton Heath.

The order meant the cutting, damage or destruction of the trees was prohibited without the local planning authority’s written consent.

Barney, who lives with his parents in a £2.3million house in nearby Bursledon, claimed he didn’t know about the TPO when he chopped them down – and ‘didn’t believe’ anyone that told him otherwise.

He was also handed a tree replacement notice by Eastleigh Borough Council – meaning he has to plant 650 new trees to replace the ones he uprooted.

Who killed JonBenet Ramsey? – The Sun