Lawyers REFUSE to end WFH: More than a third of staff at leading law firms ‘actively ignore’ calls to return to the office

More than a third of high-flying lawyers at leading London firms are ‘actively ignoring’ calls to stop working from home, it has been claimed.

A study by legal software firm BigHand found that 35 per cent of staff at top city firms and commercial practices were rebelling against ‘hybrid working policies’.

The scheme was meant to bring lawyers back into the office following almost two years of working from home during the pandemic.

But according to BigHand, a survey of 836 senior staff and solicitors at British and American practices found dozens of managers were ‘reluctantly… conceding to employee demands for flexibility’.

About 87 per cent of respondents claimed they enjoyed working from home while almost half of UK support staff – 48 per cent – warned they would look for another job if they were forced to work more than three days a week in the office. 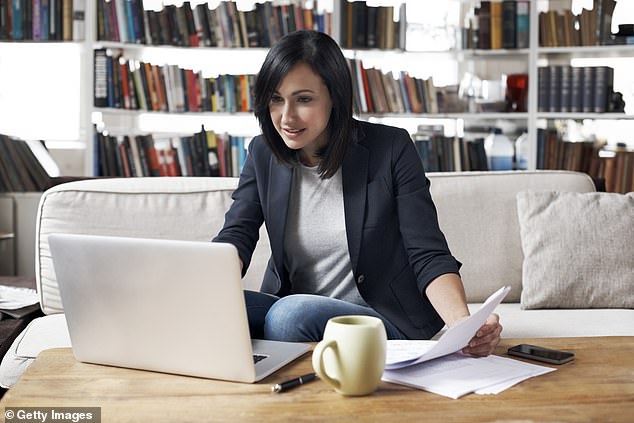 More than a third of lawyers at top UK firms are ‘actively ignoring’ calls to return to the office in favour of working from home. Pictured is a stock image

The report said: ‘While hybrid working practices are being embraced, conflict between staff expectations and firms desire to impose control have led to a far from smooth transition.’

The study revealed there was a ‘stand off between law firms and staff around hybrid working, with staff not only frustrated by the number of mandated office days’ but almost half or North American responds and 35 per cent of those in the UK admitted they were ‘actively ignoring policies’.

Authors of the study warned large law firms were wasting time and cash as ‘highly paid lawyers’ were being compelled’ to track down staff to carry out tasks, which was damaging experienced personnel’s ‘fee-earning capabilities’.

Researchers also found that 48 per cent of staff at British firms would look for a new job if they were forced to work more than three days a week in the office.

While in America, more than half – 55 per cent – said they would quit if they were pressed into working from the office for the majority of the week.

The report concluded: ‘Hybrid working is here to stay, and firms need to urgently consider how to create a new operational model that is efficient and optimises the time, skills and expectations of staff.’

The study’s findings echoed an earlier by survey software supplier ContractWorks, which revealed the majority of in-house lawyers do not want a full-time return to office working.

The study of 350 in-house lawyers in the UK and US revealed that 66 per cent would rather firms adopted a work-from-home policy.

Reacting to the findings, Mark Rhodes – managing director of ContractWorks – said: ‘The results of our research may come as a wake-up call to legal department bosses, many of who saw their teams remain in the office throughout the pandemic. Like most sectors, there is now a real appetite amongst in-house lawyers, both in the UK and the US, to be able to work from home for good.’

'Rust' armorer has 'no idea' where live rounds came from, attorney says