Gangland widow Roberta Williams filmed scenes for a reality television series about her life before she blackmailed and intimidated her show’s producer.

Crowdfunding was set up to get the ball rolling on the new Melbourne reality series and there was talk of getting streaming giant Netflix to invest. 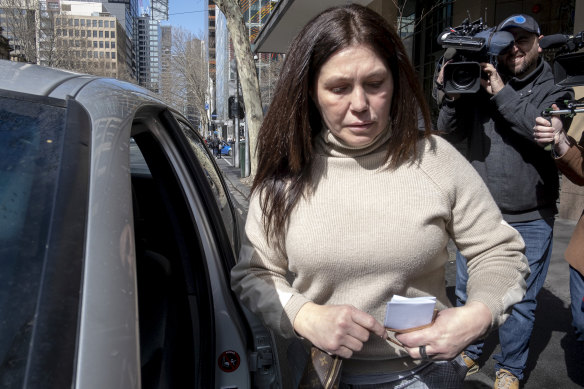 Roberta Williams outside the Magistrates Court in 2019.Credit:Luis Enrique Ascui

The show’s producer, Ryan Naumenko, sent Williams messages about making lots of money, offering to give her a loan and claiming his crowdfunding had raised $50,000.

But Williams, once married to murdered underworld killer Carl Williams, tried to back out in June 2019, claiming that she had heard Naumenko was a scammer.

She was persuaded to stay on and footage for a pilot episode was filmed at a rented home in the bayside suburb of Hampton in early July 2019.

There were ongoing disputes about money, and when the project fell apart there were claims Naumenko owed money and wouldn’t pay up.

Williams and a group of associates came up with a plot to lure him to an editing studio to intimidate him.

Williams has pleaded guilty to charges of blackmail and recklessly causing injury to Naumenko in the incident that followed, on July 9.

When Naumenko showed up he was told “you’re f—ed, it’s all over now” by the associates. 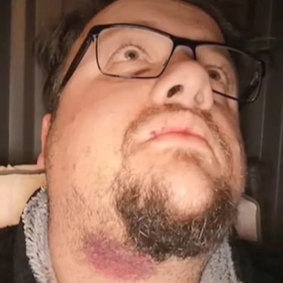 He was told “Roberta wants money now” before another man suggested they “kill the c— – he has no money”.

Naumenko’s father and sister each paid $1000 to the studio’s bank account and ownership of his mother’s car was signed over during the incident, in which he was beaten and threatened with a gun.

Williams later sent a text to one of the men, thanking him for his assistance.

During a plea hearing in Victoria’s County Court, prosecutors said Williams had agreed to participate in the frightening confrontation, and although she didn’t take part in the assault itself, she was complicit.

Williams, who replied: “53, I think” when asked her age, was supported in court by her daughter Dakota during a plea hearing last month. Details were suppressed until Friday.

“Types of offences are consistent with points in her life – either unstable relationships, unstable accommodation, domestic situations, drug use situations,” she said.

“Since 2008 she has had a largely offence-free lifestyle.”

The court heard Williams is the carer for her son, who has significant disabilities.

Care of the boy is intensive and difficult and won’t end when he turns 18, the court heard.

“A degree of mercy applies here, if not in its full form,” Williams’ lawyer said.

The judge agreed and said prison was not an option.

Williams is due to be sentenced on August 26.