Without court intervention, the tax returns could have been provided as early as Thursday by the Treasury Department to the Democratic-controlled House Ways and Means Committee.

Roberts gave the committee until Nov. 10 to respond. The chief justice handles emergency appeals from the nation's capital, where the fight over Trump's taxes has been going on since 2019.

Lower courts ruled that the committee has broad authority to obtain tax returns and rejected Trump’s claims that it was overstepping.

If Trump can persuade the nation’s highest court to intervene in this case, he could potentially delay a final decision until the start of the next Congress in January. If Republicans recapture control of the House in the fall election, they could drop the records request.

The temporary delay imposed by Roberts is the third such order issued by justices in recent days in cases related to Trump. 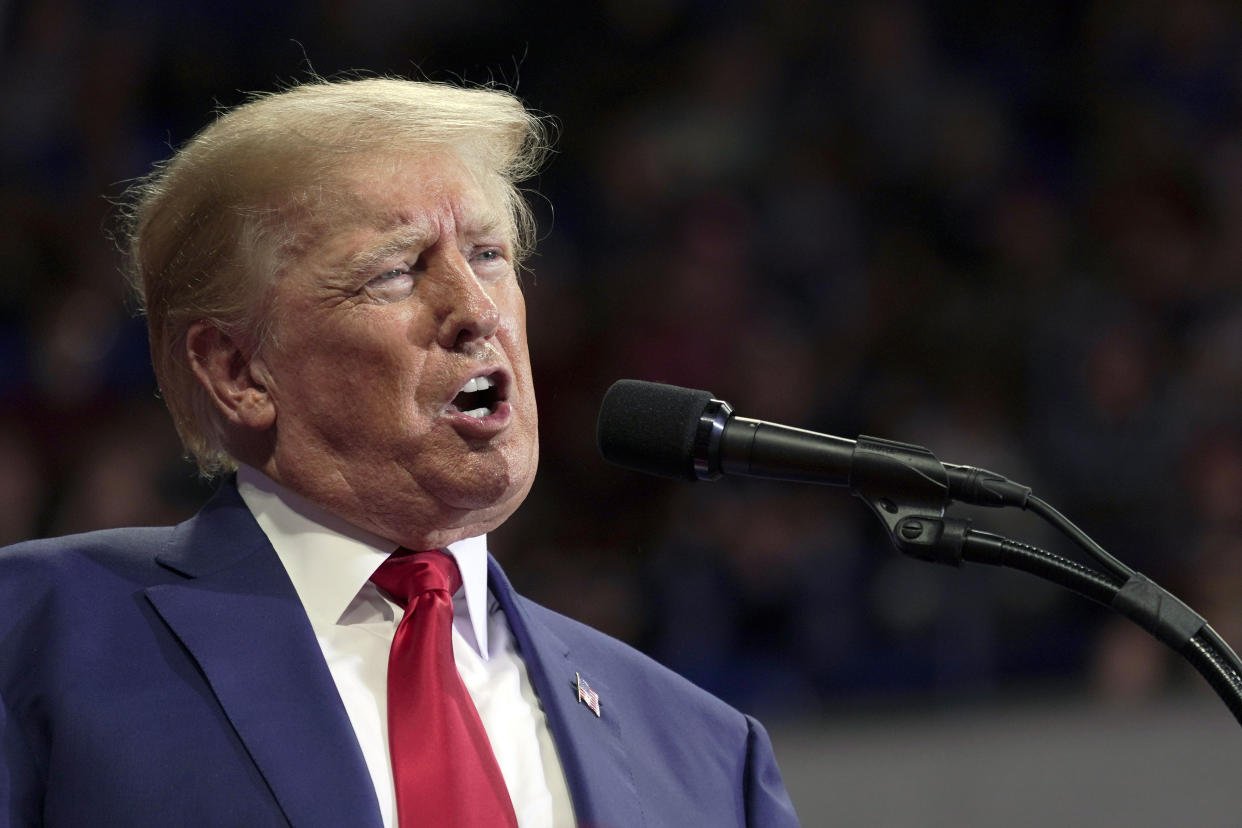 The court separately is weighing Sen. Lindsey Graham's emergency appeal to avoid having to testify before a Georgia grand jury that is investigating potential illegal interference by Trump and his allies in the 2020 election in the state.

Also before the court is an emergency appeal from Arizona Republican party chairwoman Kelli Ward to prevent the handover of phone records to the House committee investigating the Jan. 6, 2021, insurrection at the U.S. Capitol.

The House Ways and Means panel and its chairman, Democrat Richard Neal of Massachusetts, first requested Trump’s tax returns in 2019 as part of an investigation into the Internal Revenue Service’s audit program and tax law compliance by the former president. A federal law says the Internal Revenue Service “shall furnish” the returns of any taxpayer to a handful of top lawmakers.

The Justice Department, under the Trump administration, had defended a decision by then-Treasury Secretary Steven Mnuchin to withhold the tax returns from Congress. Mnuchin argued that he could withhold the documents because he concluded they were being sought by Democrats for partisan reasons. A lawsuit ensued.

After President Biden took office, the committee renewed the request, seeking Trump’s tax returns and additional information from 2015-2020. The White House took the position that the request was a valid one and that the Treasury Department had no choice but to comply. Trump then attempted to halt the handover in court.

Then-Manhattan District Attorney Cyrus Vance Jr. obtained copies of Trump’s personal and business tax records as part of a criminal investigation. That case, too, went to the Supreme Court, which rejected Trump’s argument that he had broad immunity as president.

Trump had most recently sought the justices’ intervention in a legal dispute stemming from the search of his Mar-a-Lago estate in Florida in August. The court rejected that appeal.

Mystery as woman's dismembered body is discovered near presidential retreat