University enrolments among Victorian students have fallen this year in health, education, agriculture and the sciences, in a sign the former Morrison government’s fee overhaul has so far failed to encourage secondary school students into “priority” fields of study.

Meanwhile, students continue to enrol in the humanities in large numbers, despite the overhaul driving up first-year university fees by more than 110 per cent. 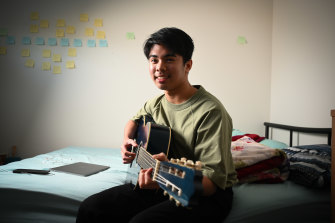 First-year student at Monash University Francis Manguilin enrolled in arts despite the fee increases because he wants to follow his passion.Credit:Eddie Jim

This year’s first-year university students are the second cohort to have enrolled since the Coalition’s Job Ready Graduates changes were introduced.

The scheme pushed up fees in fields including the humanities, law, commerce and communications, while lowering them in teaching, nursing, mathematics, languages and other fields deemed more important for jobs and the economy.

But Victorian Tertiary Admissions Centre (VTAC) data released to The Age reveals few of these fields have had an increase in enrolments among Victorian students since fees were changed at the start of last year.

The data gives the first insight into how the fee overhaul has affected demand for particular subjects in Victoria.

It also reveals that university enrolments among domestic students have shrunk by 2.85 per cent in the past two years, from 46,542 students in 2020 to 45,213 students this year.

Just a fraction – 3.7 per cent – of VTAC’s applications are from international students, most of whom apply directly to universities, so the data indicates that the number of Victorian school-leavers entering the state’s university system has declined since the start of the pandemic.

“The package is a big and complicated one. Conditions have changed,” Dewar told the National Press Club on Wednesday. 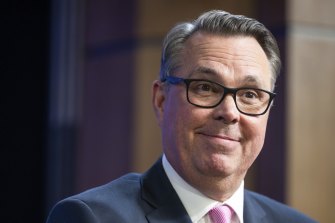 “It’s likely that changes to the policy framework will be needed to enable universities to keep delivering what students, employers and the nation need.”

Job Ready Graduates increased the cost of degrees in society and culture, communications, commerce, economics and law to $14,630 a year for first-year students. Among those, commerce and creative arts have lost enrolments.

Other degrees – including education, foreign languages, nursing, maths and engineering – were reduced in cost because they were deemed economically important fields. Engineering and information technology have had significant increases in enrolments.

Just 18 months after Job Ready Graduates took effect, Victoria’s Education Department has already warned it is creating “adverse consequences” for students and for the Victorian economy.

In a submission to state parliament, the department said the changes risked burdening students with excessive debt while perversely encouraging universities to try to enrol more students in fields where fees have been raised.

This is because the federal government did not increase its own contributions to priority courses where it cut fees, meaning universities receive less funding when students enrol in those fields.

“Commonwealth [Job Ready Graduates] reforms pose significant challenges for universities and for Victorians seeking opportunities to study in priority areas. As a result, the reforms may have adverse consequences for Victoria’s future skills needs and workforce demands,” the department said in its submission to an ongoing Victorian inquiry into universities’ investment in skills.

Federal Education Minister Jason Clare has said the Albanese government will examine the fee changes as part of a review of Job Ready Graduates later this year.

Andrew Norton, professor in the practice of higher education policy at ANU, said the enrolment figures were consistent with the arguments critics of the scheme, including himself, had made that the fee changes “would have no significant effect on enrolments”.

Lucas Walsh, a professor in Monash University’s School of Education, Culture and Society, said students from advantaged backgrounds, who could rely on parental support, would not be deterred by higher university fees but less-advantaged students might be.

First-year Monash student Francis Joseph Marcelino Manguilin said that although there was uncertainty with the amount of debt he would have, arts still appealed to him the most despite the increase in fees.

His decision to major in Japanese was made after discussions with his family, friends and teachers.

However, Manguilin said the biggest concern came from his father, who questioned where an arts degree would lead.

“I do get that that’s one of the problems with arts as well, but it never really bothered me in the end,” he said.

“Your passion will outweigh the debt and I think that’s why I continued to go for arts.”

Britain's 'biggest' headstone could be torn down by Sheffield council