A senior Victorian public servant embroiled in a controversy over a fundraising campaign to crew and equip a yacht to participate in the 2020 Sydney to Hobart race has resigned from his role following an internal probe into the incident.

Nick Foa resigned as the head of transport services at Victoria’s Department of Transport effectively immediately. He had held the role since 2020. 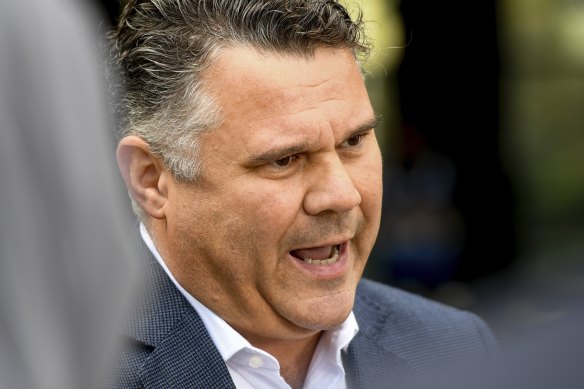 The department launched an internal investigation after reports of Foa’s involvement in the online fundraiser emerged in the media. Details of the review, which concluded before his resignation, are confidential.

The online campaign was started by yacht co-owner and City of Melbourne chief executive Justin Hanney and raised a total of $35,855, which included two anonymous donations worth $4500 and $9000.

“Nick Foa and his crew from Samskara introduced me to yacht racing. Last year we purchased Protagonost [sic], a Benteau first 40 to compete in a S2H yacht race. In five years time, Nick and I plan to race in the Melbourne to Osaka race. The funds raised will be sued [sic] to support equipment, crew and costs associated with the S2H,” the donations page read.

The 2020 race was cancelled due to COVID-19 concerns and there is no record of a yacht called Protagonost, but event records indicate Hanney registered to take part in the 2021 race as the co-owner of the similarly named Protagonist. The 12-metre yacht is registered to Foa.

The fundraiser led to questions about whether the men, who are bound by strict government codes of conduct that require the declaration of significant gifts, should have disclosed the donations to their respective employers.

Department of Transport employees need to immediately register all gifts, benefits, and hospitality offers valued at $50 or more.

The code of conduct for local government employees states that gifts to officers of more than $500 require authorisation from the chief executive or general manager, but does not state how a chief executive officer should disclose gifts.

At the time, Hanney said he did not declare the yacht funds to the City of Melbourne because he believed his interest in sailing and the race team were unrelated to his role as chief executive of the local government.

He vowed to log the donations and return the funds raised to the Australian Sport Foundation to “remove any doubt about the seriousness with which I treat issues of probity and accountability”.

In a statement, a spokesman for the Department of Transport said Foa had resigned to spend more time with his family.

“We thank Nick for his contribution to transport and wish him all the best for the future,” the statement read.

Before joining the transport department, Foa was the chief executive of the Suburban Rail Loop Authority and interim chief executive of Visit Victoria. Hanney’s wife, Natalie Reiter, is a deputy secretary in the Department of Transport.

9 Bills You Should Never Put on Autopay